While we were visiting the town of Masuleh, two girls approached us and started a conversation. They recommended us to go and see the Castle at Galeh Roodkhan. They told us it was a 1000 steps to go up and get there. Naturally we thought they were exaggerating, but once we got there and started the climb, we found out there was more truth to their explanation than we thought… But the weather made up for it as it was cold, foggy and rainy which made that the steps were very slippery. It was definitely worth the visit and the cookies we bought in Fuman (a local specialty) tasted heavenly after all this exercise.

We made our way to the city of Qazvin to go back into the Alborz mountains to explore the area around Alamut Valley. We spent the night at Ovan Lake and found some French overlanders there. Cyprien, Caroline and their 2 kids were on their way back home from Malaysia to France in a pretty cool Iveco 4WD. But in the end I still prefer my Mercedes 409! We talked about going together on an off-road track through the mountains to the Caspian as going back would mean a serious detour and Cyprien is just like me, he doesn’t like backtracking. We decided to first visit the Castle of the Assassins and then do the track together the next day.

The night was pretty cold and the next morning we were surrounded by fog. I started to think that the off-road track in this weather might be a bad idea.

We arrived at the ruins of the castle, but by now the fog was so thick that we couldn’t even see 10 meters in front of us and it also started to rain. We didn’t visit the ruins, as there was just no point of doing that in this weather. We decided to play it safe in these conditions and also to abort the off-road track and go all the way around through the normal roads. Cyprien decided to try it nevertheless. A couple of hours later he texted me to say that they also turned around, as even the Iranians in 4×4 jeeps couldn’t get through… There was almost a meter (3 feet) of snow! We picked up a Russian and Iranian hitchhiker along the way down as the poor guys were freezing in the rain next to the road.

After the bad weather in the mountains we went to Teheran, the capital of Iran and home to 14 million people. Yes, 14 million, that is 3 million more than the whole of Belgium! It is one of the most polluted cities on earth and 10.000 people die every year because of this in the city alone. One of the things I really wanted to see is the Azadi Tower, and I knew it was lit at night.

We didn’t really visited Teheran, as by now we had to be at the airport. After more than 5 months on the road, Kim had had enough of the trip and wanted to go home. We already decided in Armenia that she would catch a plane in Teheran and that I would continue the trip alone. So we spent our last night together in Teheran in a shopping mall, having pizza, basically splurging a little bit as for the following weeks (months?) we’ll have a whatsapp relationship between the middle east and western Europe… 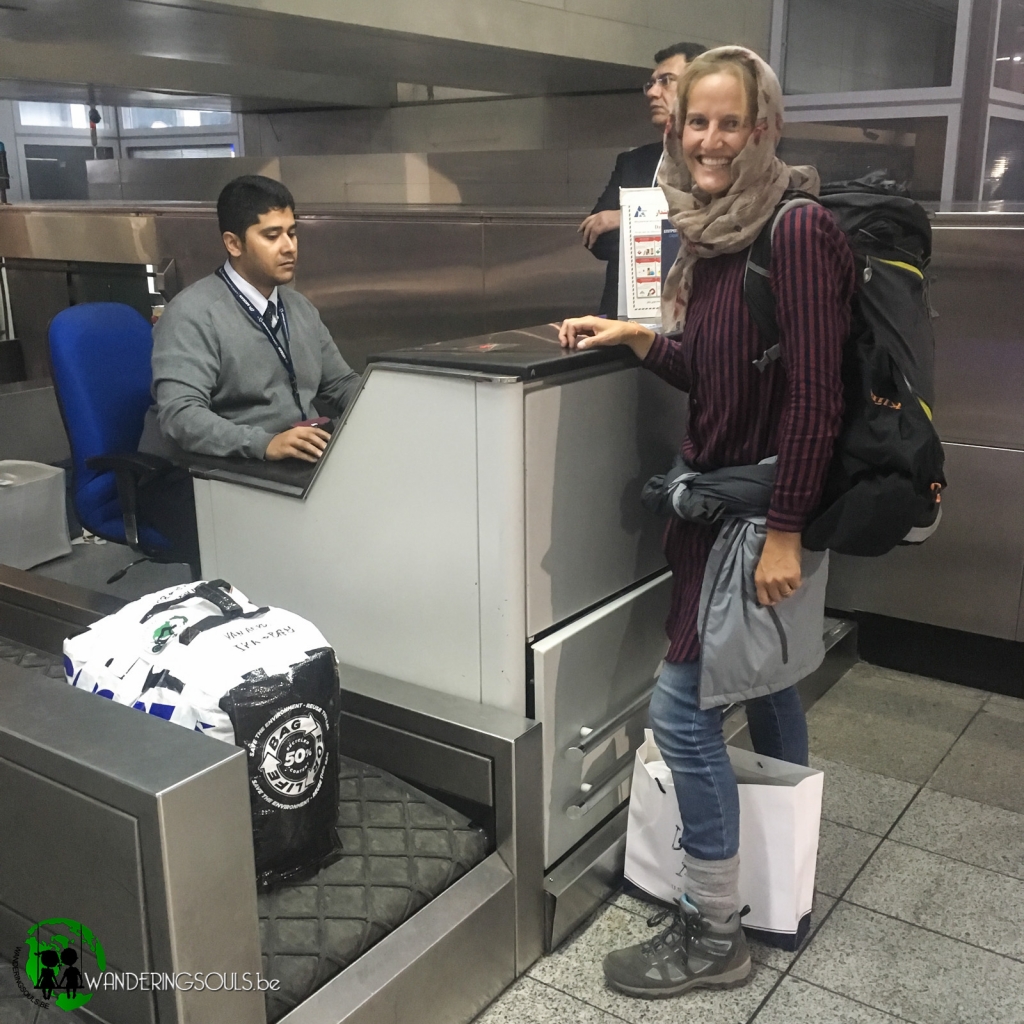 After I dropped Kim at the airport in Teheran at 2am and she left with a plane to Athens and then Brussels, I drove to the huge parking at the Mausoleum of Imam Khomeini, south of Teheran. I couldn’t sleep that night so thought of using my energy to take some nightshots of the buildings. 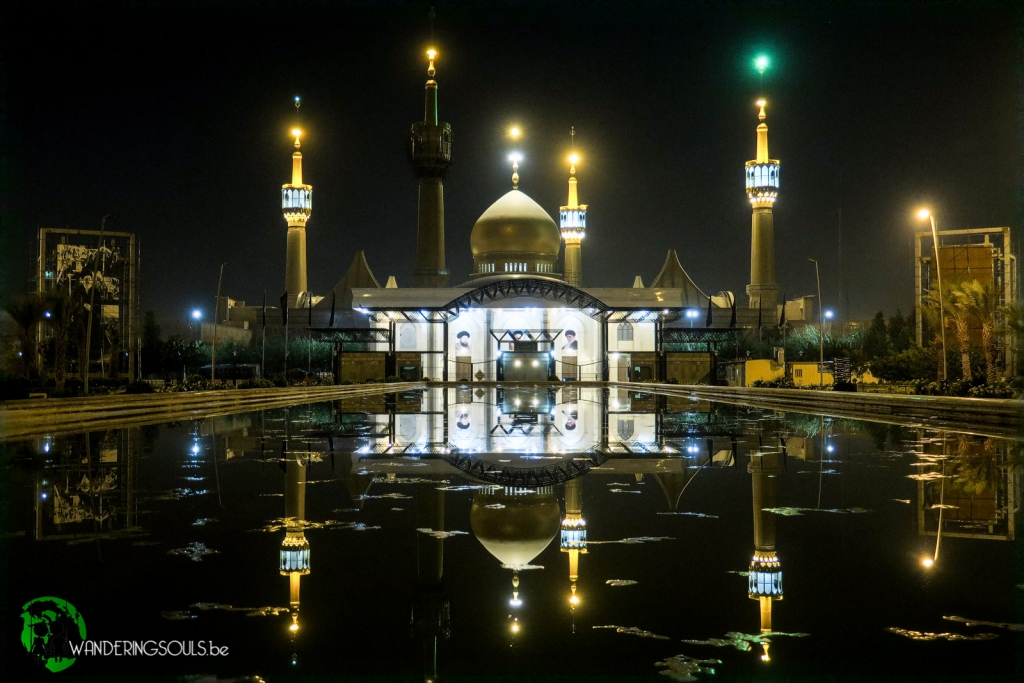 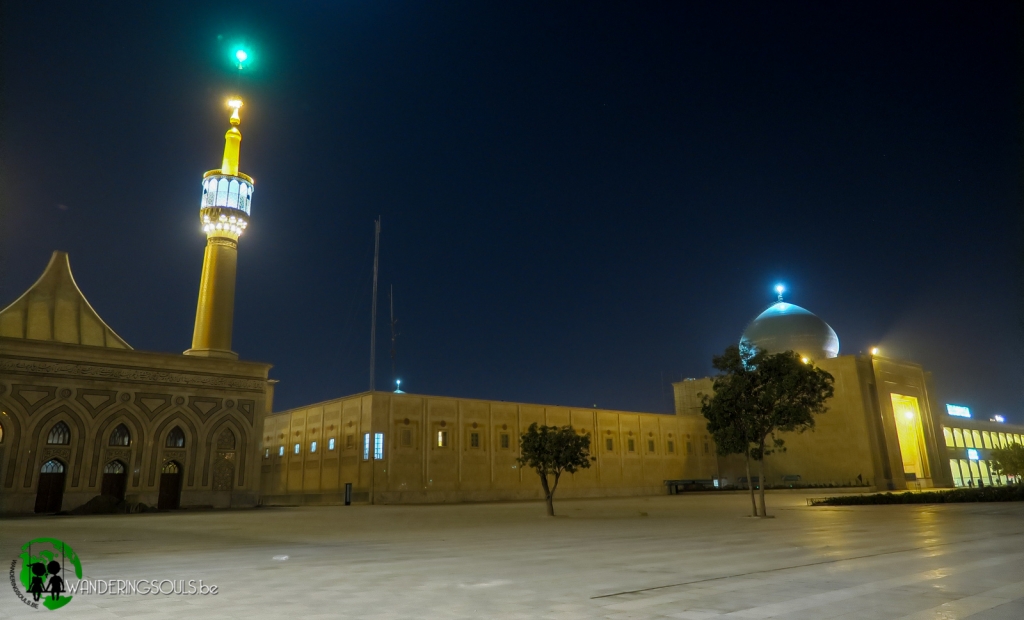 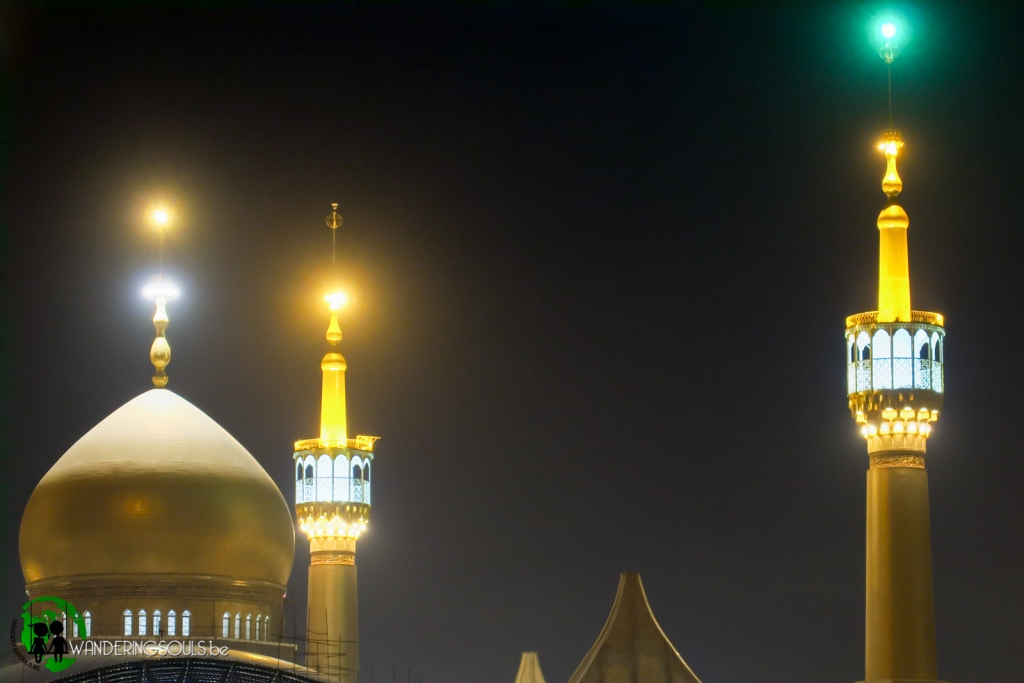 The following morning I visited the inside and was really surprised at how it looked. The floor is in marble and they put carpets on top of that. The ceilings are completely decorated and in the middle is the separate tomb of Imam Khomeini lit in green light. It is still a work in progress but definitely worth a visit and even more so in a couple of years when all will be finished.