We have been looking forward to going to Iran for more than 3 years already and our expectations of this country were extremely high! In these 3 years we have been hearing such wonderful stories about Iran from friends of ours who have been here, that made us want to go even more.

Well, having high expectations can be very disappointing… but not for Iran however!

Iran, we have been here now for 1 week and I don’t know if it is possible, but every day we love you a little bit more. The countryside in the Northwest of Iran is spectacular, and I don’t know if any of these two countries want to be compared to each other, but the countryside in Iran is very similar to the Grand Canyon in the States. Beautiful doesn’t even seem to be powerful enough to describe the scenery you pass by and don’t even get me started on the road network…it is amazing! I though the roads in Armenia were good, but this is like driving over a pool table… smooth as a babies bottom.

The scenery and the roads are spectacular, but the most important thing here in Iran is its people. The Iranians are so friendly, so nice, and so curious to learn everything there is to know about the tourists that are visiting their country! We just can’t seem to get enough of the pleasure of talking to the locals. Now I know what it must be like to be a celebrity walking around in the streets of New York, everyone stares at you, smiles at you and wants to take a picture with you. Canadian people are friendly, but the Iranian people just go that one step further and make you feel so welcome in their country. 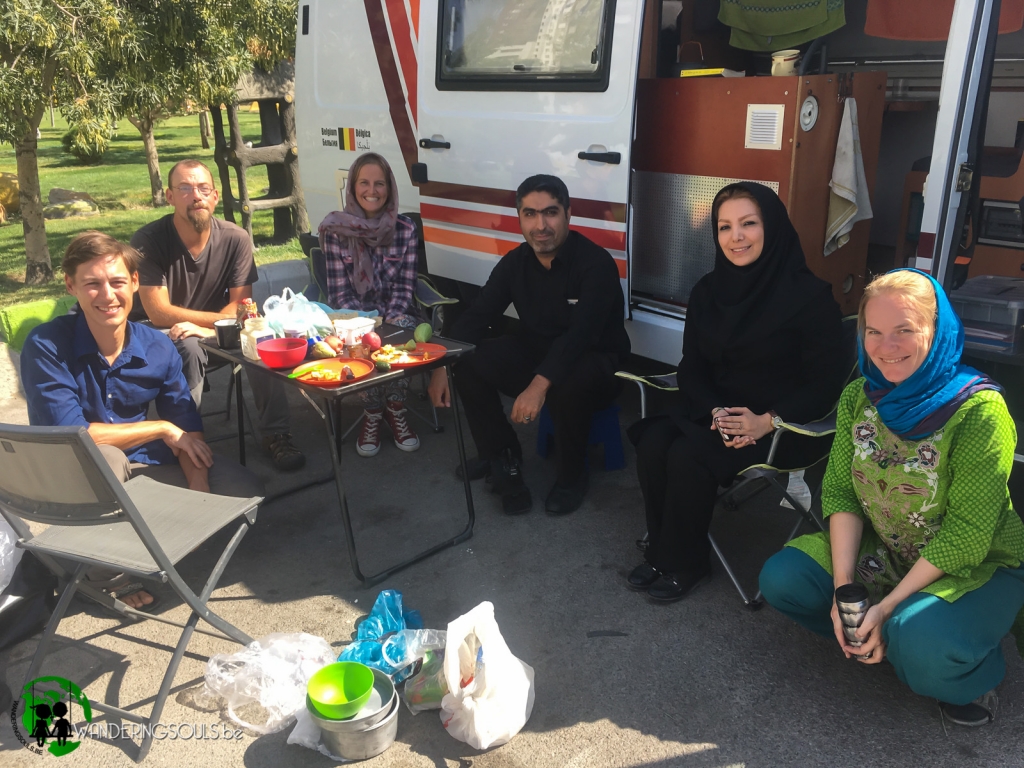 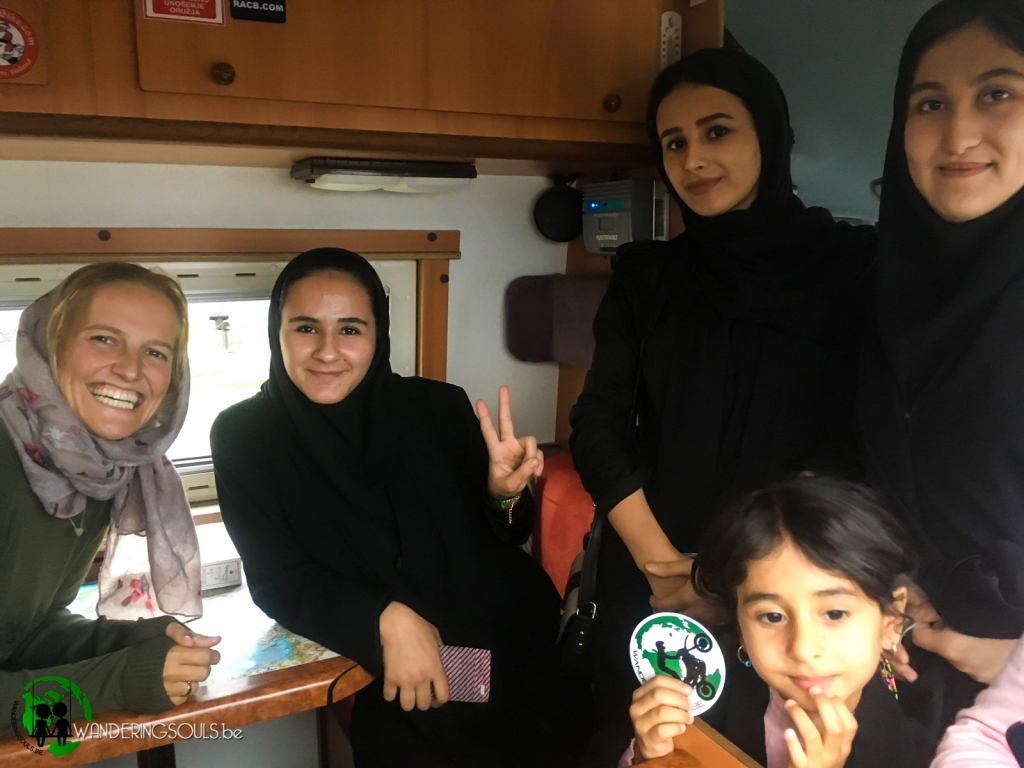 Filling up your car with diesel just puts a smile on your face every time. Even though they charge double of what they charge the locals, it is still only 9 € for 55 litres of diesel…

We went to visit the church of St Stephanos in the Northwest of Iran and the church on the outside is the most beautiful one we have seen so far. It has a lot of carvings on the top of the church and all the benefactors’ names are also carved into the sides of the church.

After the church we headed towards Tabriz and this is where we discovered the more chaotic side of Iran. The lines on the ground dividing the lanes are just for show and the Iranian know that you can fit a lot more cars next to each other than the lines dictate you. Describing the flow of cars in the city as chaos would be wrong, because it seems to be a well balanced musical flow all the time. The only time when it gets tricky is when you want to cross the street on foot, but even then, after a while you get the hang of things.

Another great thing here is that every city has public parks where you can camp for free. The one in Tabriz even has free hot showers!

Kandovan is one of the mountain villages where the people still live inside the rock caves that are carved out of the mountain. It is not so spectacular to look at as Vardzia in Georgia, but it does make you appreciate a lot more what you’ve got at home.

Apparently we were here just after the Iranian New Year and therefore also for the mourning of imam Houssein, the son of Fatima who is the daughter of Muhammed the Prophet (still following?). It turns out that the first 10 days after their new year is to mourn the death of Houssein, so al lot of the women are dressed in black and in all the towns, you see black flags hanging around. In this period you are not allowed to play cheerful music, dance or laugh too loud. On the 10th day, we were in the village of Masuleh, a small mountain village. On this last day, they re-enact the death of Houssein. We couldn’t have picked a more appropriate place to watch the re-enactment because the whole village was covered in a blanket of fog and it was raining slightly so it gave all this a gloomier atmosphere. 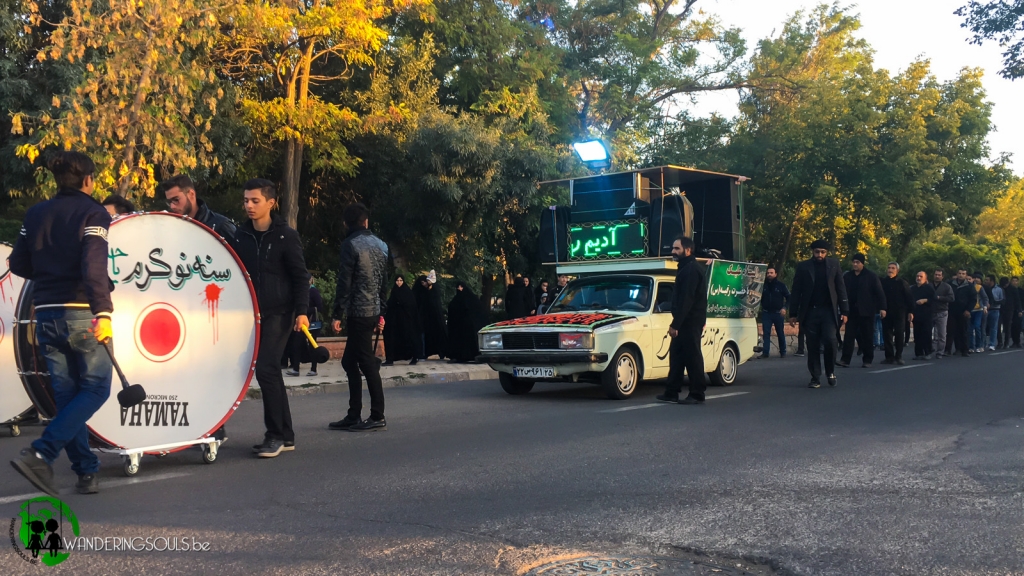 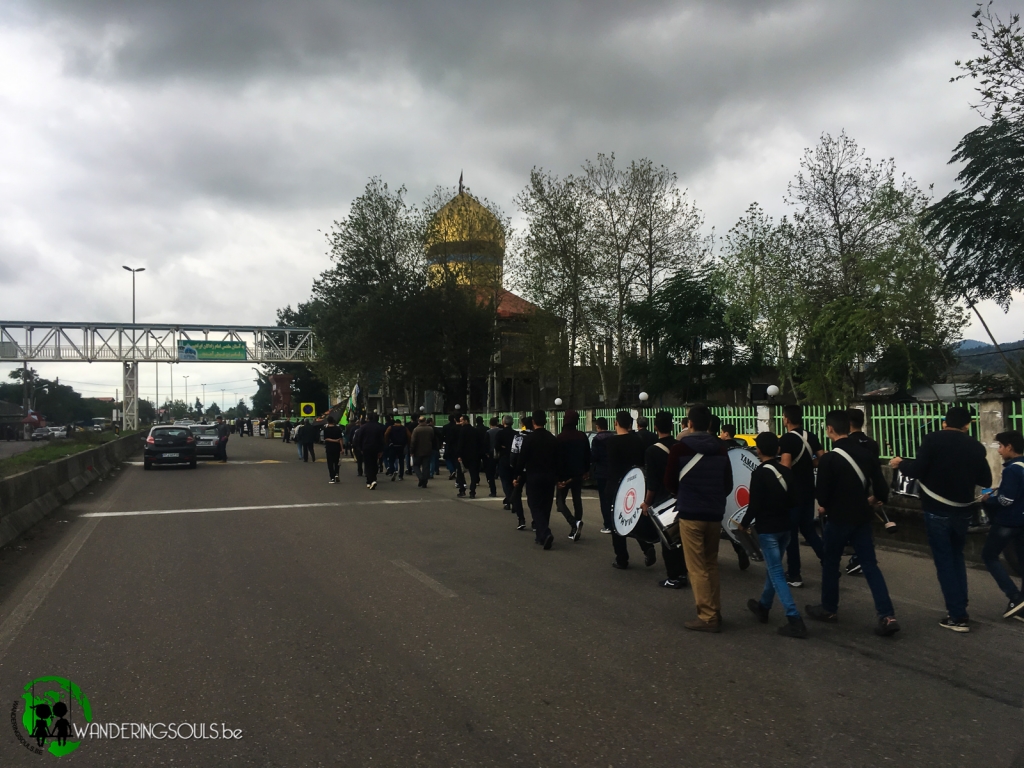 In this first week we have been here so far, everything seemed to be going perfectly, until that dreadful day… Since it is already fall, the days are getting shorter and driving through the dark streets of Iran isn’t always the safest option, so one day we decided to stop early, around 5 o’clock, in a small town. We both went to sleep early, but were soon awakened by the sound of people banging on the van and shouting in Farsi. Seb went outside to see what all the fuss was about and was soon staring down the barrel of a gun, having a lot of Farsi shouted at him and the only thing he could understand were the words “Arab” and “terrorist”. Seb was saying to me that I had to get dressed and out of the car. When I got out, I immediately saw the gun and also what was going on! The Iranian cop, waving around the gun, thought WE were DAESH/ISIL/ISIS terrorists… Well, have you ever! It is not because we are Belgian, and some of Belgian youth are out fighting in Syria that we… oh, wait, I understand now… Well, after a lot of explaining, and realising that we were parked in an upscale neighbourhood where the residents had called the police due to our funky van, the cops understood that we had just parked there to sleep and not to blow that small town to pieces. In the end, we received a police escort to a less respected area (that posed no threat if we blew that up) where we could stay for the remainder of the night. Seb had to sign some Farsi police document and all was well in the country again. So we did run into terrorists in Iran, but it turned out that the Iranians thought it was us… This goes to show that everyone in the whole world is afraid of terrorism…

(we couldn’t get a better picture with the phone unfortunately…) 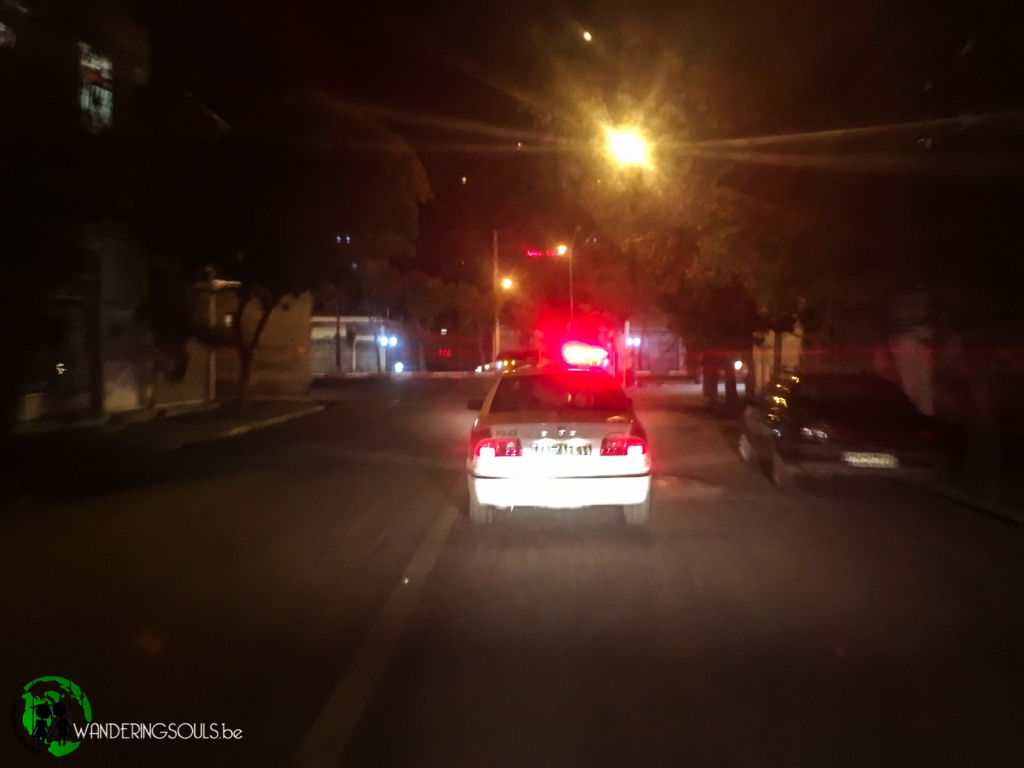