Back in the USA…

Home/Back in the USA…
Previous Next

Back in the USA…

Plans are made to be changed, a travel rule we learned a while ago and this time is off course is no different than any other. The day we wanted to leave Richard and Lois’ place in Los Angeles to go to San Diego, we found out that the heavens had opened up and were dropping all they had onto the streets, in other words, it was pouring down with rain. This is no problem since we have our waterproof KLÍM gear, but our friends in San Diego called us and said that they would be leaving sooner than planned because of the weather and they didn’t want us to ride in it. This gave us some more time with Richard and Lois and we enjoyed every minute of it. We went for a good breakfast with a spectacular view in Corona del Mar and for lunch we had some really nice Mexican food even though the place got flooded with dozens of screaming children… We spent some more time in the hot tub in the evening and we made some real Belgian dessert for them: Dame Blanche, with real chocolate… 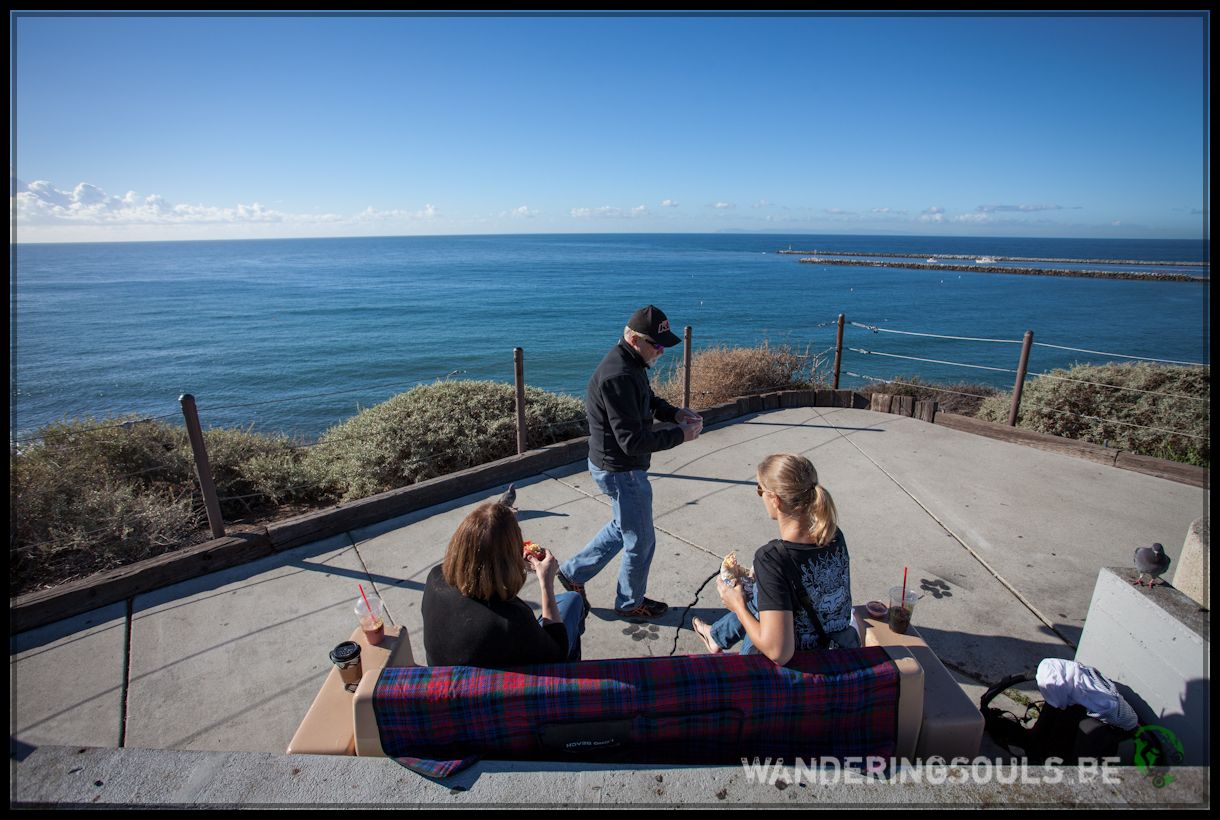 The second time we wanted to leave was the right time, the sun was shining and we were itching to get back on the bikes, so we said our goodbyes and off we went to Joshua Tree National Park. 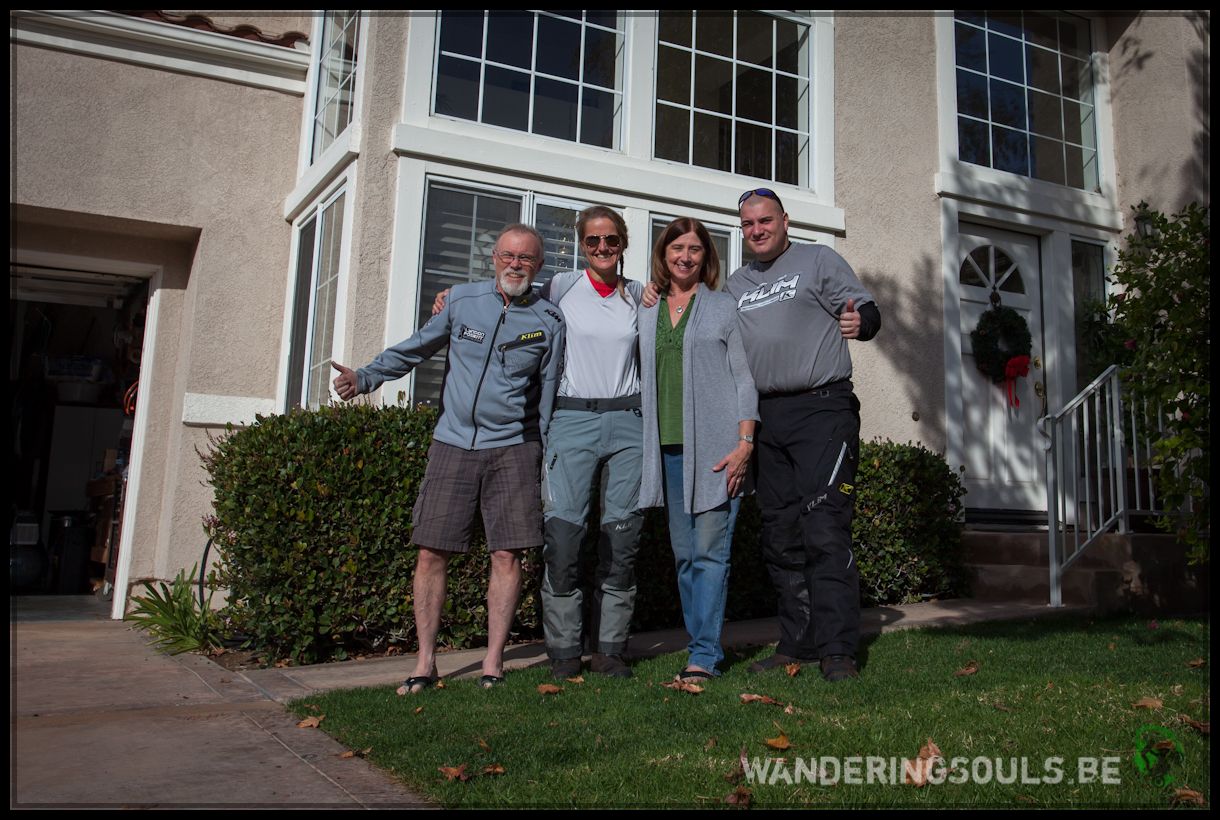 The roads in Joshua Tree were smooth and nice and curvy after all the freeway we took to get there. Even though it was freezing cold outside, we enjoyed it. Being as it is wintertime, the sun sets really early, so we stopped around 4 o’clock in the evening at a nice camping spot where we pitched up the tent for the first time in a few months… The views couldn’t have been any nicer and we made some pasta and hot tea to warm us up a bit while in the meanwhile looking at the millions of stars shining down on us. 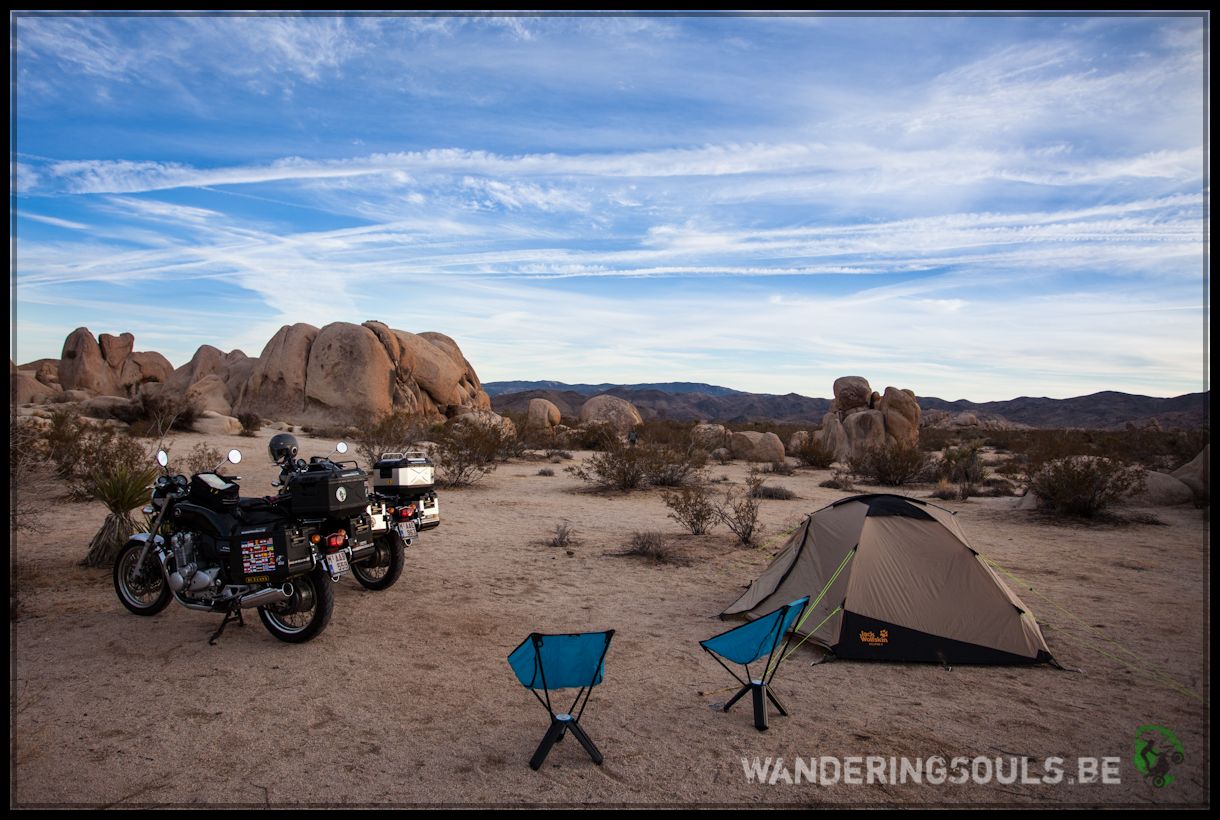 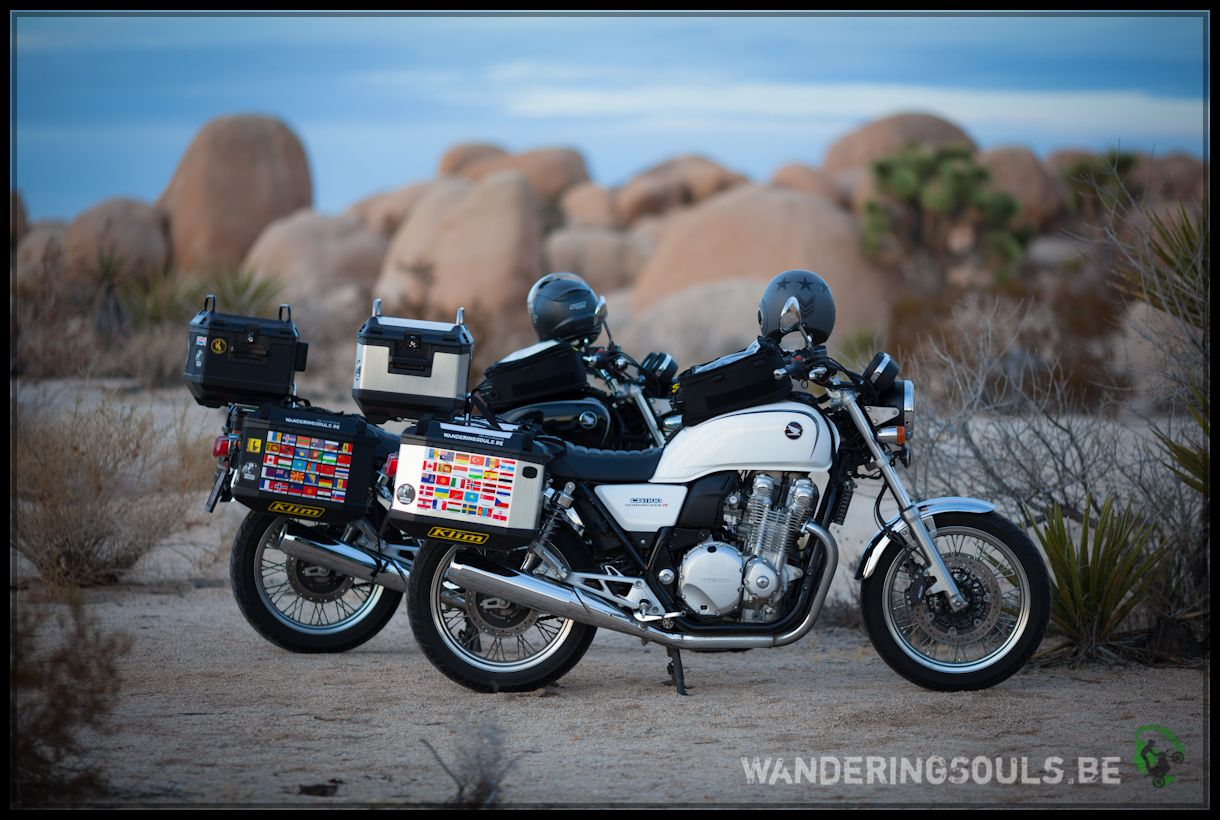 In the morning we saw just how cold it had been the night before when we looked at our tank bag which was all iced over. After packing up all our camping equipment, most of the ice was gone, so we were ready to go to Las Vegas for the second time this year. 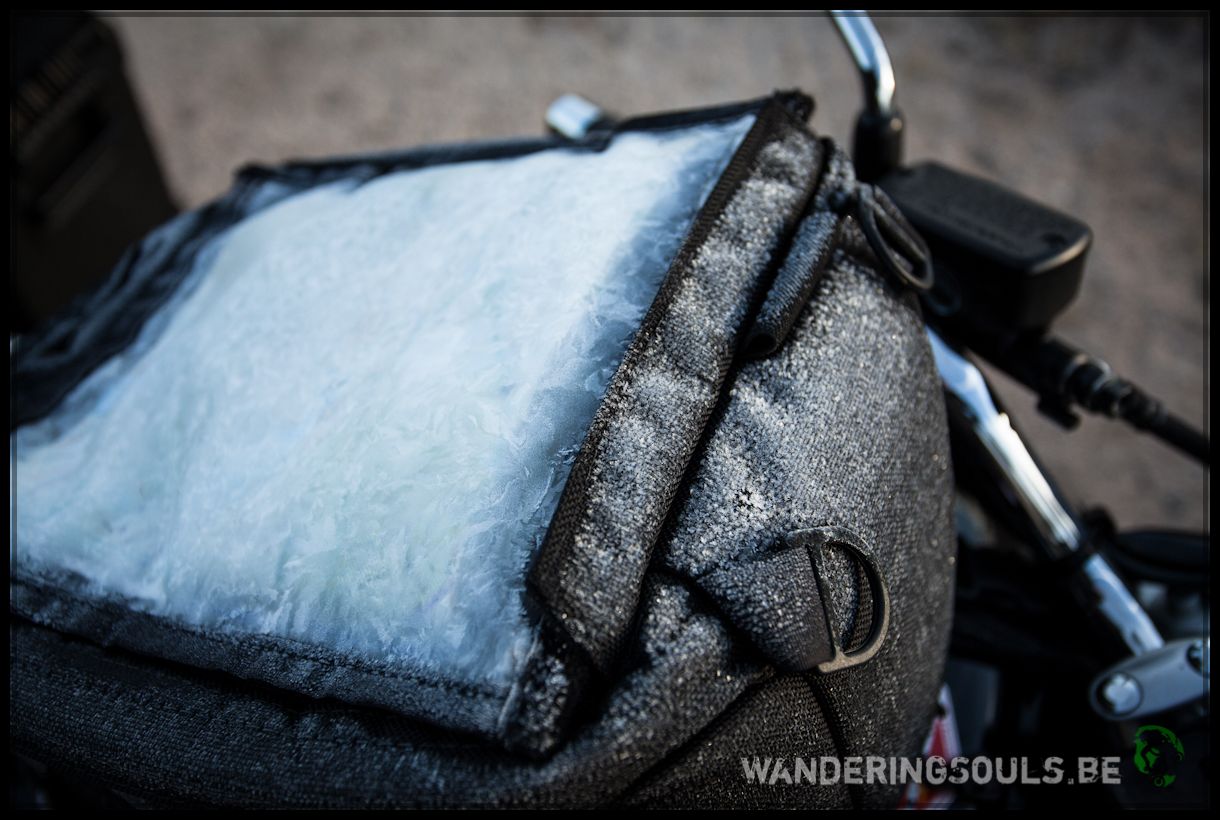 Last time we were in Vegas, we only did the old part of the city, so this time we had to ride over The Strip, both during the day and at night. Not so far from The Strip, we found this nice looking store and we couldn’t pass up the opportunity to take a picture with some cool bikes in front of one of the most well known motorcycle logo’s in the world…. 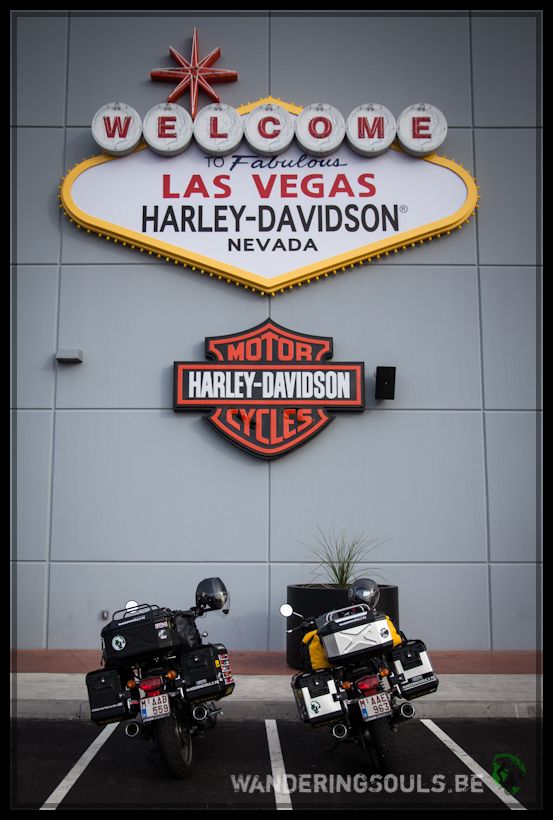 When in Vegas, you have to see the fountains at the Bellagio hotel and I am glad that we came back to Vegas to see them because they were awesome! Being as it is almost Christmas time, the music was in Christmas style and I love it (Seb hates it, but at least he can’t ask me to shut off the music…) 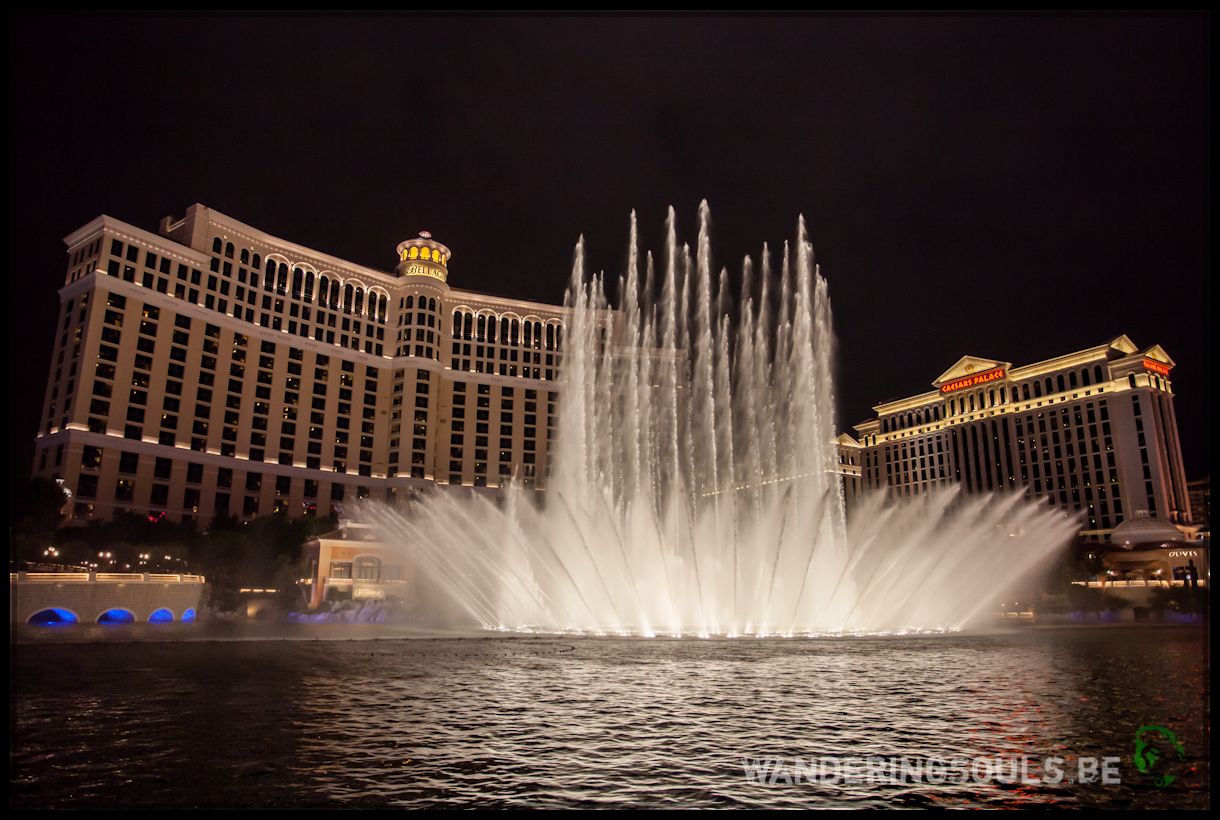 The Strip at night is a sight for sore eyes, but we do prefer the old part of Vegas since it is more intimate and Seb likes it because there are more scarcely dressed women running around, although there were more of them last time we were here, because now the temperatures at night are really low! We enjoyed a few days of rest in Vegas and are now headed towards Kingman… 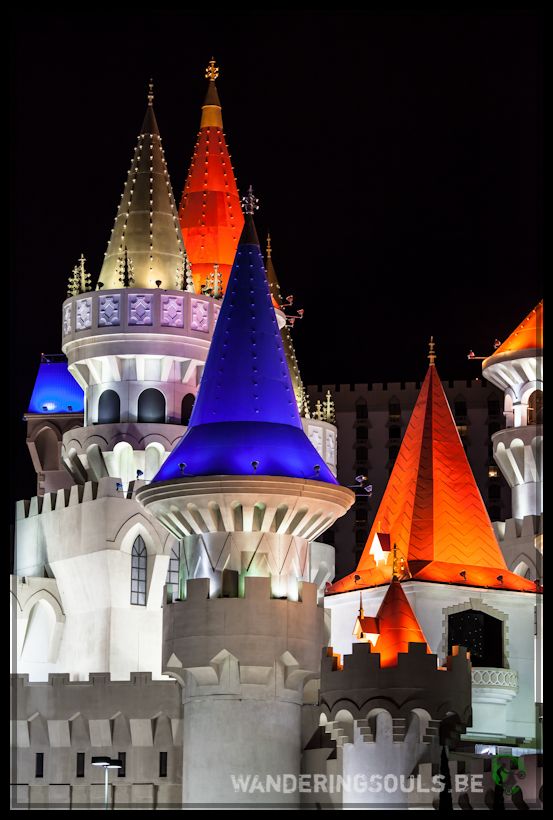