So for our last day we went to a HUGE market in Bangkok. When we say huge, we mean it… It’s only on saturday and sunday and then you have 200.000 people going through the stalls and everything. So yes, it’s pretty huge! As in all the travelguides they say to you that one does not need to venture on the busses in Bangkok as it’s a mess and you never know where you go, you can guess what we did… yep we took the bus to get there. They are highly sophisticated and state of the art busses… And they don’t really care about privacy in Thailand. All over the place they put pictures of pickpockets that have been caught. 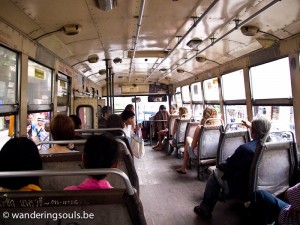 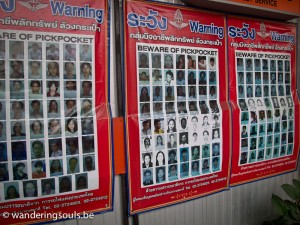 Later we also went to the electronics plaza… Just imagine the “Wijnegem Shopping Centre” but then only for electronics. Bingo it’s heaven for Seb! 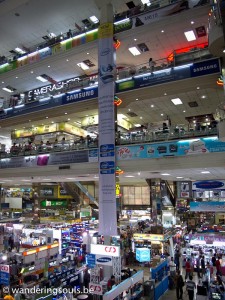 Some sights of Bangkok: 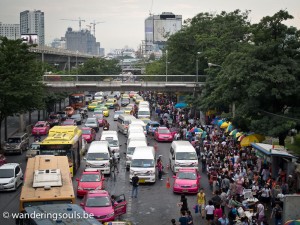 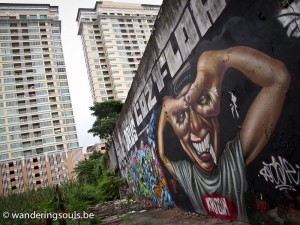 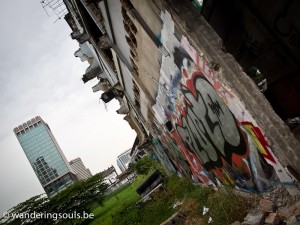 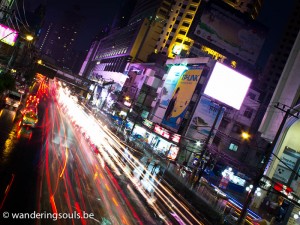 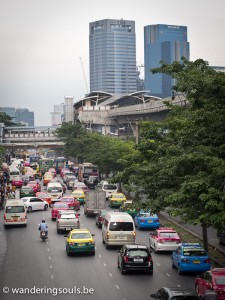 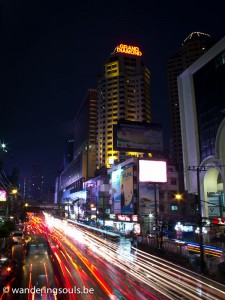 Another interesting thing they have here is a riding ATM and of course the riding bars: 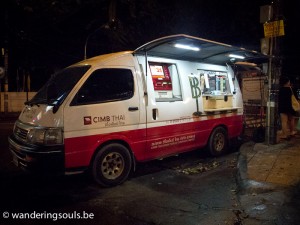 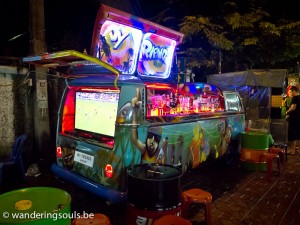 As we still had our helmets that we bought in Phuket and that we had on our heads for 2500km while driving on the scooter, we thought we would have some fun at the airport and in the plane by putting them on when checking in. The lady was looking rather confused until Kim told her that we heard that it was the pilot’s first time and that we took our precautions… she had a good laugh of course! 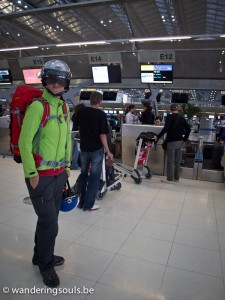 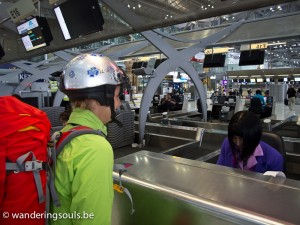 So, again with some delay we arrived finally back in Belgium and we are happy and working again. In that order. Or something like that.

The movie of Thailand will be posted in a few days or so online on our website: www.wanderingsouls.be under the tab “videos” as I can’t mail it to you all.

Unfortunately this was it for 2012… but I think that some of you would think that it was more than enough. We also think it has been enough so we’ll try to stay in Belgium for some time before going on a holiday/vacation/journey/travel again. But the plans are already made for the next journey… so stay tuned as you won’t regret it!