first days of our new roadtrip in…. Thailand!

Plans are there to be changed! If something doesn’t work out for any reason, why go through with it… My knees were killing me on the bike and Seb was feeling my extra 46 kilo’s (one sometimes has to twist the truth a bit, no….?).

So after a lot of talk, we decided to go where no man has gone before….Thailand!Yes, ok, we know, almost everybody has been there but they usually go to some fancy resort and bake in the sun the whole day. Well that’s not for us, so we booked our flight to Phuket and a flight back from Bangkok.

What will we do in between…who knows, not even us. We planned to do a bit by public transport, so we took the local bus to Phuket Old Town from the airport (you could see it was local because we where the only two tourist on it!).

The busdriver didn’t care about security, but then we would find out later that nobody does here… 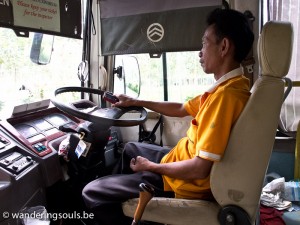 We planned on doing Thailand as a new ROADTRIP: a fair bit of walking and a whole part on these small scooters they rent out here and also some bus and trains! Most people (foreigners) we saw, said we were crazy because they drive like mad around here and it still is the law of the fastest and strongest, but since I know that Seb is a badass driver, I know he will guide me safely through these small people on tiny scooters.

We landed yesterday and we both had a massive jetlag, so we wanted to rent a scooter today, but since we slept for 12 hours and only woke up at 1400hr….we delayed the plans to tomorrow. Hey, as I said in the beginning, plans are there to be changed, it’s warm, people are friendly and you can relax! We only have to watch out what we order foodwise, because there were flames coming out of our mouths and ears yesterday!!!

Kim is trying to read the map: 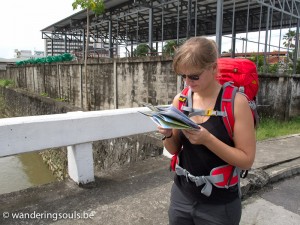 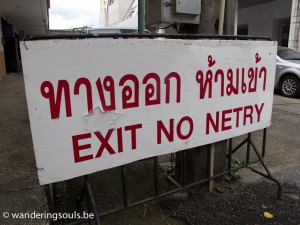 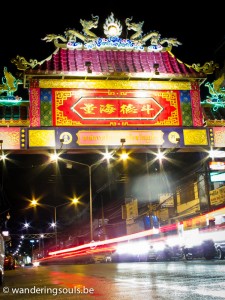 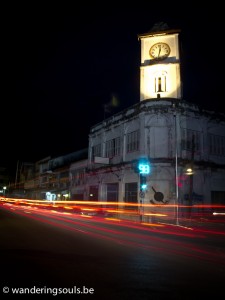