One of the first things you will notice when you come to Armenia is that everyone is really friendly and they want to know a lot about you.

At the smallest border we could find, the local border patrol was very glad to see us! Everyone wanted to have a look inside the van and they all wanted to know where we had been so far.

The countryside changed almost the minute we crossed the border into something that you can compare most of all to France. Rolling hillsides, high mountains in the distance and quaint countryside roads. The hills are quite arid but the countryside still manages to keep your interest.

The country itself has a higher noticeable difference between rich and poor. Most of the houses in Armenia are shabby and run down, but in the same village you can have the most beautiful villa style house as well. We went through a small industrial village with old run down soviet apartments and next to it a super deluxe modern casino where you have to pay 95€ per night! Most of the people living here earn just a bit more in one month!

Lake Sevan is a very big and beautiful lake where you can also see the difference between old riches and new riches. Some of the places around the lake have luxurious new hotels and restaurants and other places have run down apartments and shabby eating stalls.

One of the higher mountains in the country is Mt. Aragats with its 4090 meters, where you can drive up to 3100 meters and from there on start your hike up to one of the four mountain peaks. All in all I think we went up to around 3800 meters and the views from up there were breathtaking. The hike itself was not extreme and was very beautiful because of the wide vistas you have during the entire hike. 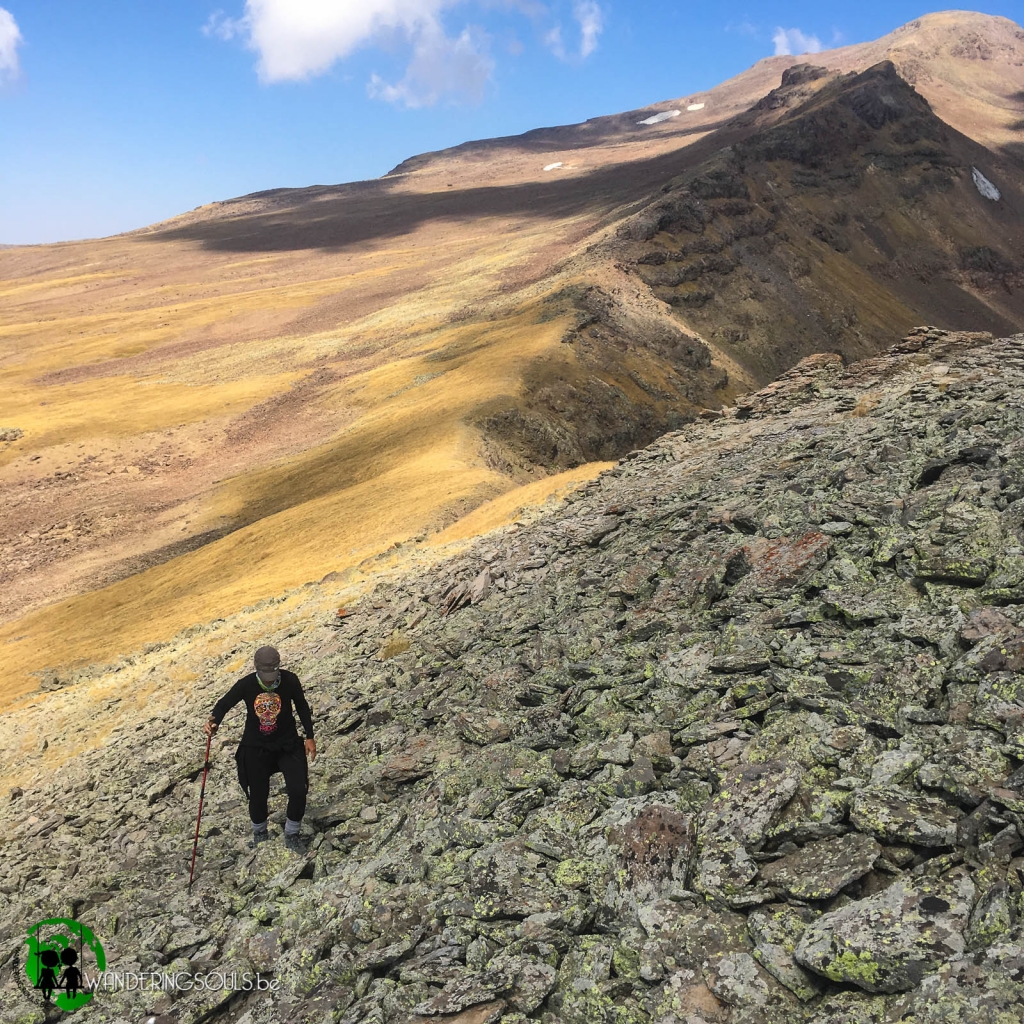 On the internet we had read that we should go to the local restaurant and have some type soup because it is a local delicacy so we went after our hike for some heart warming soup… Well, we are not really a fan though… The soup was very greasy, didn’t have any taste and had a goat foot floating in it. The local grape lemonade on the other hand was very nice; almost as nice as the pear lemonade we had in Georgia. 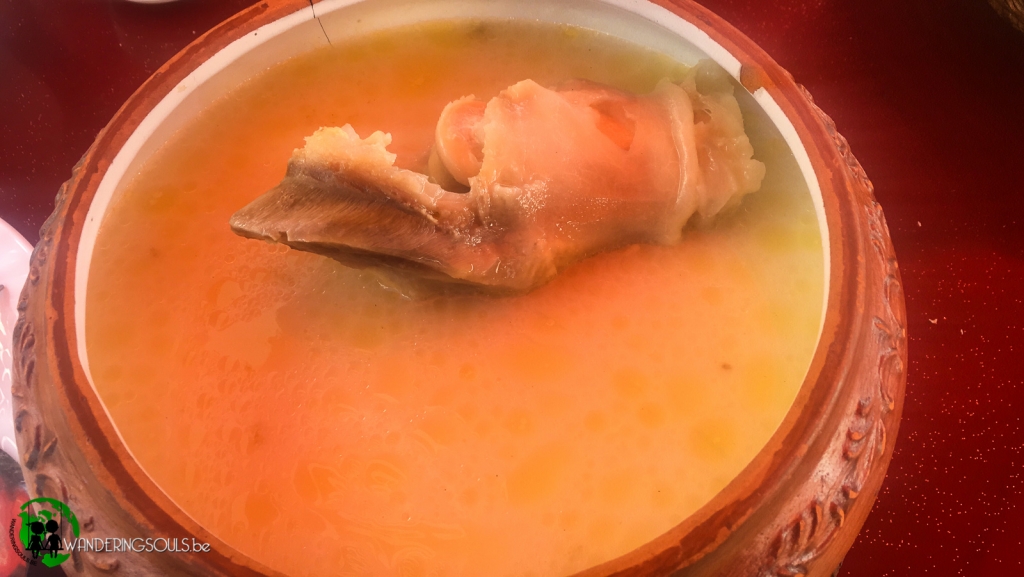 We had heard about a campsite near the Geghard monastery that is run by 2 Dutch people and the comments about it were so positive, that for once we were willing to set aside our main rule that we do not pay to sleep while travelling in the van. When we arrived there, the campsite called 3G´s was even better than we could have hoped for! Breathtaking scenery, super modern facilities, cheap price and a very nice swimming pool…what more could you whish for! Sandra and Marty, who run the place, are super friendly and outgoing and they keep the place up to very high standards. We took the campsite as a base point to visit the monastery in Geghard and we went together with another guest of the campsite, Sacha, who turned out to be a super friendly Russian-Belgian girl. The monastery is very beautiful and has an indoor natural spring. The high mountains surrounding the monastery give it a majestic aura. 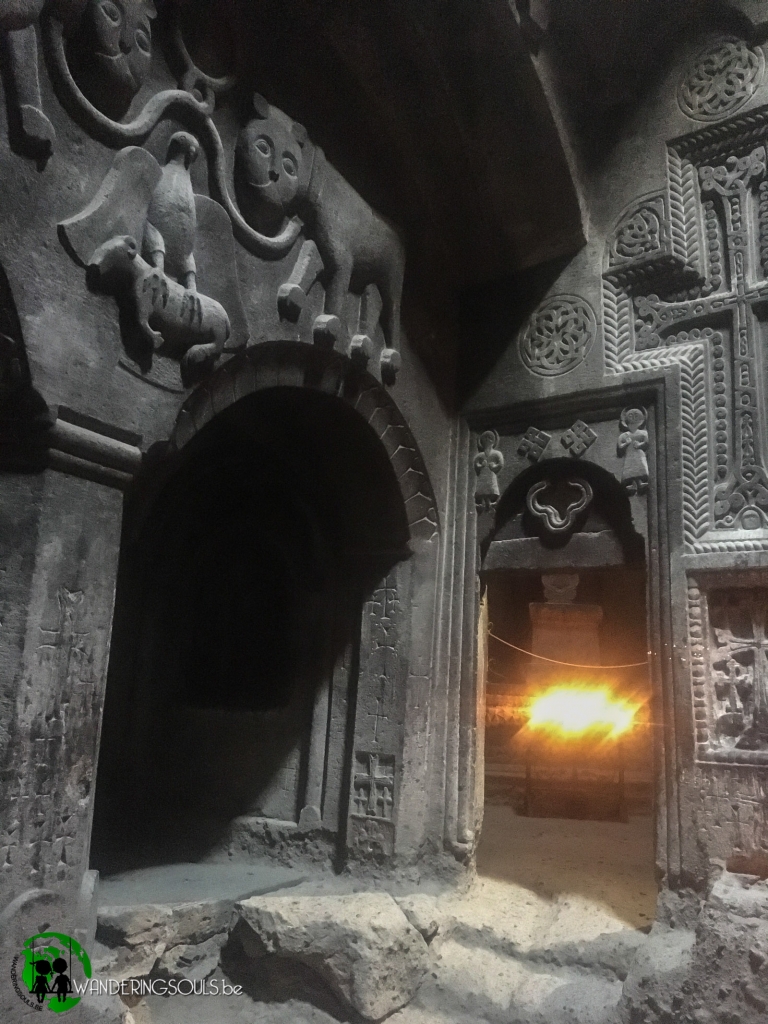 After a few days relaxing by the pool, it was time to leave our Armenian oasis and head further in the direction of Iran. On the way we stopped at the Noravank monastery, which is apparently very well liked for weddings. This monastery is located inside a canyon and has a really pretty bell tower.

There is one last attraction in Armenia, which turned out to be the main highlight for us, the Wings Of Tatev. In 2010 they build the worlds longest cable car to the Tatev monastery, which is almost 6 km (4 miles) long! It was such a great experience and nowhere on the whole ride do you ever feel unsafe! The cable car is highly modern and they do a weekly maintenance. At some points when the car passes over the support structure, it does feel as though you are in an amusement park attraction because you get butterflies in your stomach, but this just ads to the fun.

On the parking lot, we met some other overlanders, a very nice Turkish couple that just came from Iran and were heading towards Georgia; Ati and Gunesh. We spent the night together exchanging tips and stories and the next morning off we went to the Iranian border… 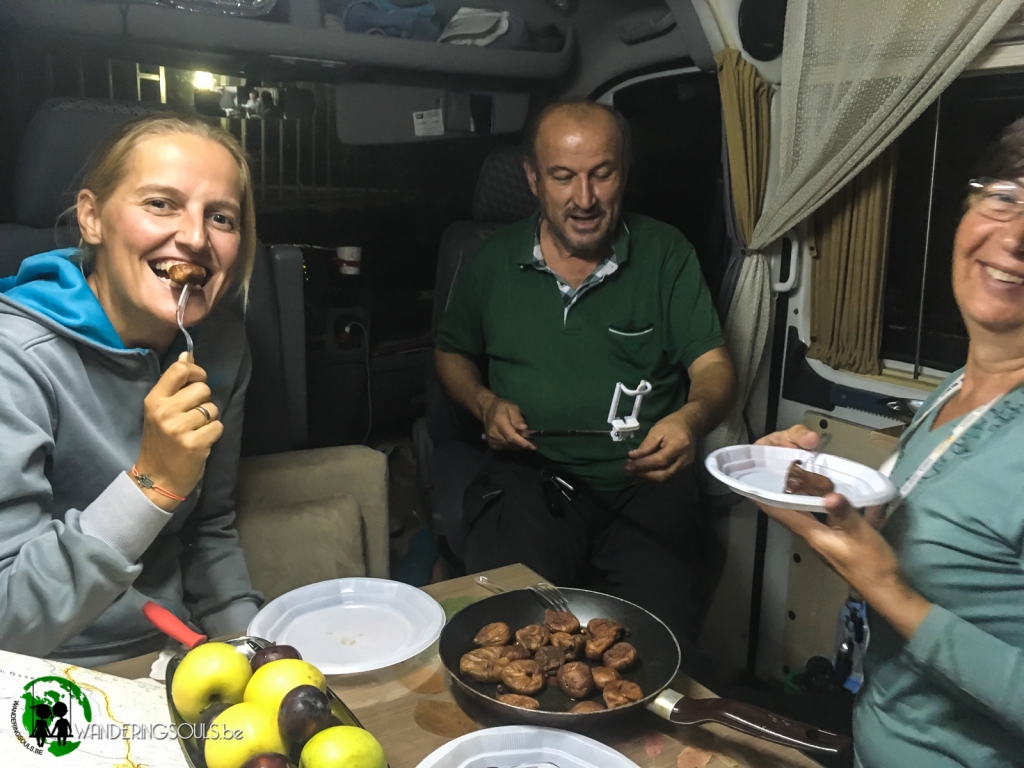 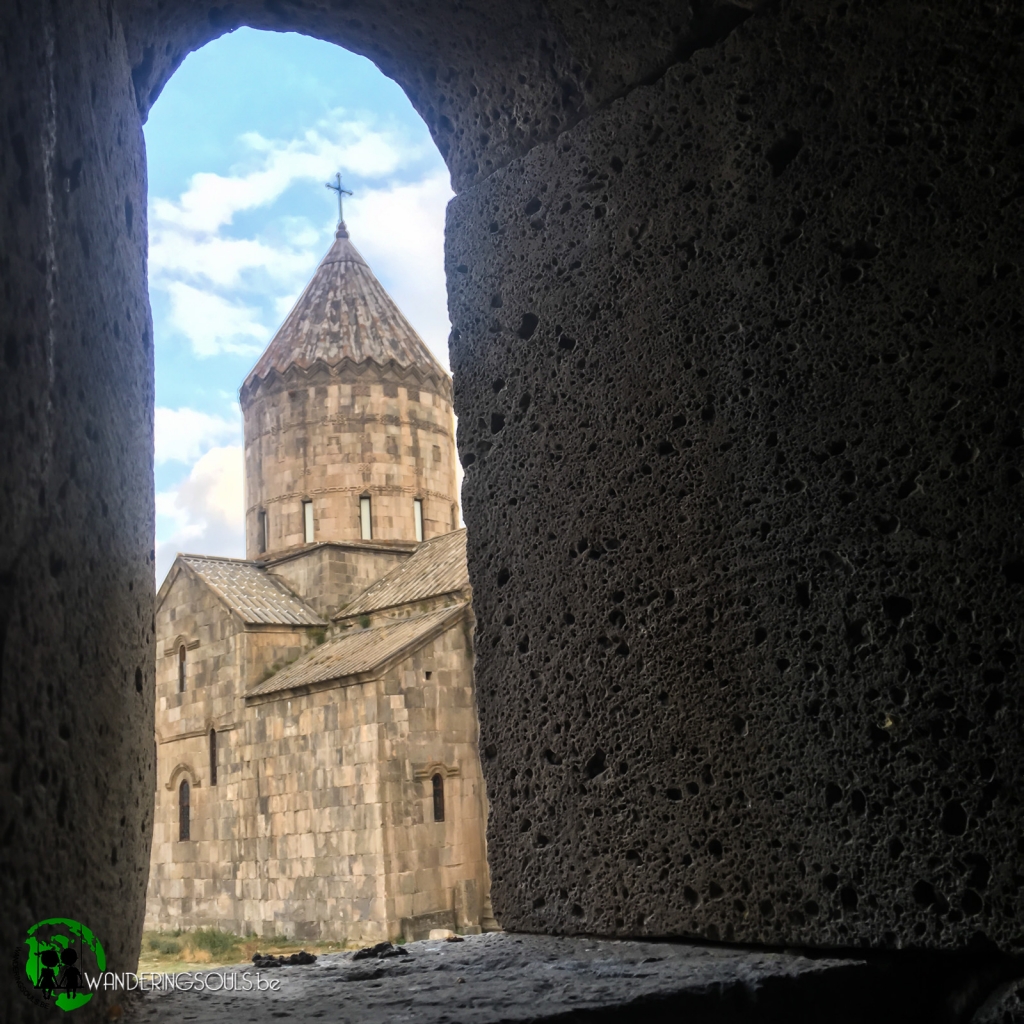