From day one, this has been our overall feeling about Georgia, a weird mixture of love and hate. As they say though, there is only a fine line between those two, so maybe this country is therefore the perfect example.

The drivers, driving style, roads and everything that has to do with driving in this country is total mayhem! Overtaking in blind corners, tripling while overtaking, cutting people off, not looking when you enter a road, and many more examples have been our privilege to experience in our two weeks here. Seb has been almost run off the road several times but has been able to avoid a collision so far (touch wood!). If the local drivers weren’t bad enough, this country has a sour mixture of huge potholes and stupid free running animals like dogs, horses, pigs and cows. These animals must be trained for weeks and weeks on end, because they act the same way that the locals do: they tend to do exactly the opposite of what you expect them to!

On the other hand, the countryside is so divers and beautiful that you just can’t help yourself when you fall in love with it. On many occasions we have had the idea that we were somewhere in the United States. 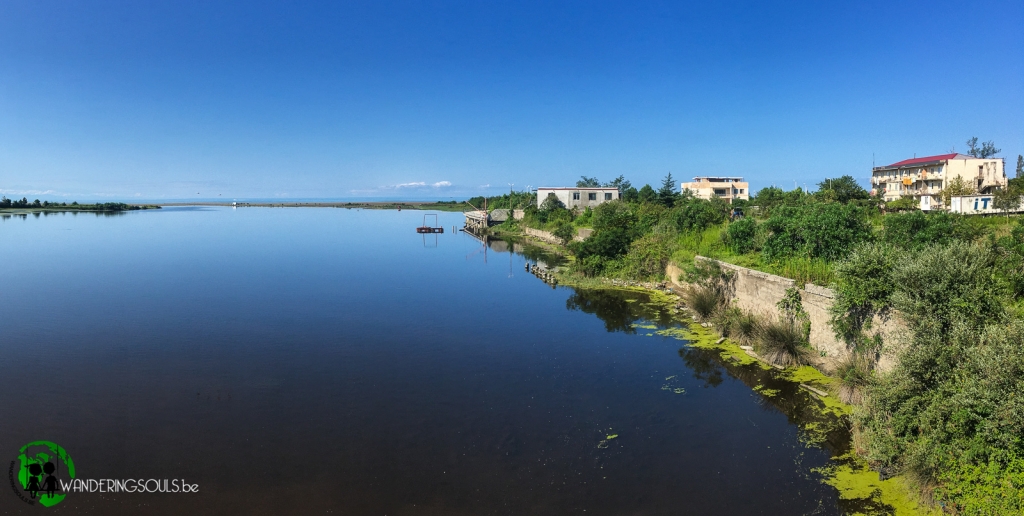 One of the other things that Georgia has going for them is the fact that it is so cheap here! Not only is fuel  cheap, so is lodging, food and local attractions. The food is very good and therefore hard not to love off course!

We have been to one of the pride and joys of this country, namely the Borjomi park where they bottle their famous natural spring water and export it to over 40 countries in the world! They have turned one of the areas into something that you can call a mixture between a normal park and an attraction park for small children. A lot of the rides were in disuse but I found that the park itself was neatly maintained. It was strange when we entered this famous tourist destination after passing through small ramshackle towns for several kilometres. You can taste the famous water right from the source for free inside the park, but they unfortunately do not have extra clients after this… The water was warm (natural because it is a warm water spring), salty and tasted like rotten eggs (sulphur from the hot spring, also natural but not really a taste I am going for in my water). 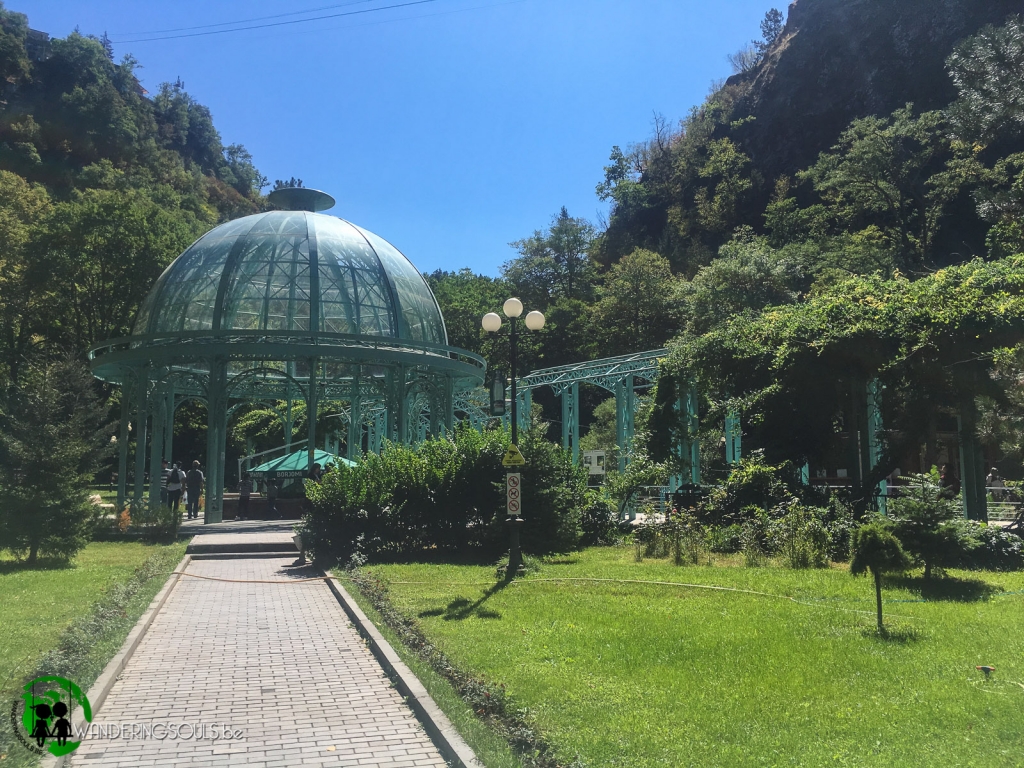 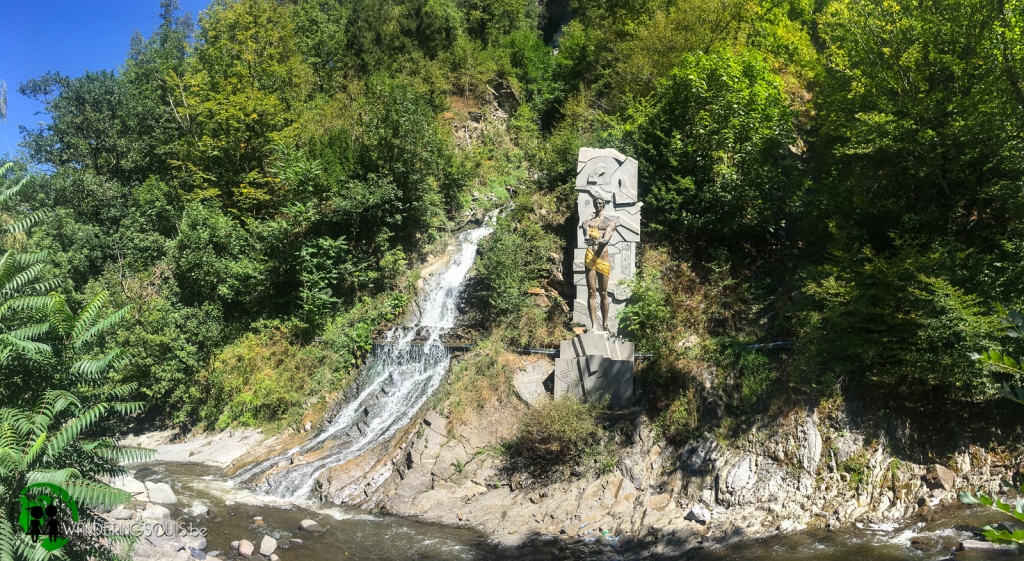 Since we crossed the border, we have seen a lot of brothers and sisters of our own Mercedes 409D and this is very nice since in the whole of Turkey we hadn’t seen one because they don’t have them over there. They use the vans here for a lot of different reasons, but we soon found out the main reason because everybody kept flagging us down. In the beginning we stopped to see what was wrong, but then we realised that they kept mistaking us for their local bus… We could make some extra money out of this here as we do still have 2 seats remaining…

In Vardzia they have a huge cave city that makes every cave house or church we have seen in Turkey seem really small in comparison. It’s a huge city built into the side of the mountain and it is being really well preserved and made very accessible as well. As everything else in the country the admission is cheap, but it would have been nice to know in advance that it is necessary to take a guide or an audio guide because there is nothing signposted along the way, except for the numbers of the audio guide and a one word explanation. One of the other important things to know if you ever decide to go, wear long trousers or a long skirt because otherwise you cannot enter the church. Other than that, the place is really well kept and at night it is completely illuminated. 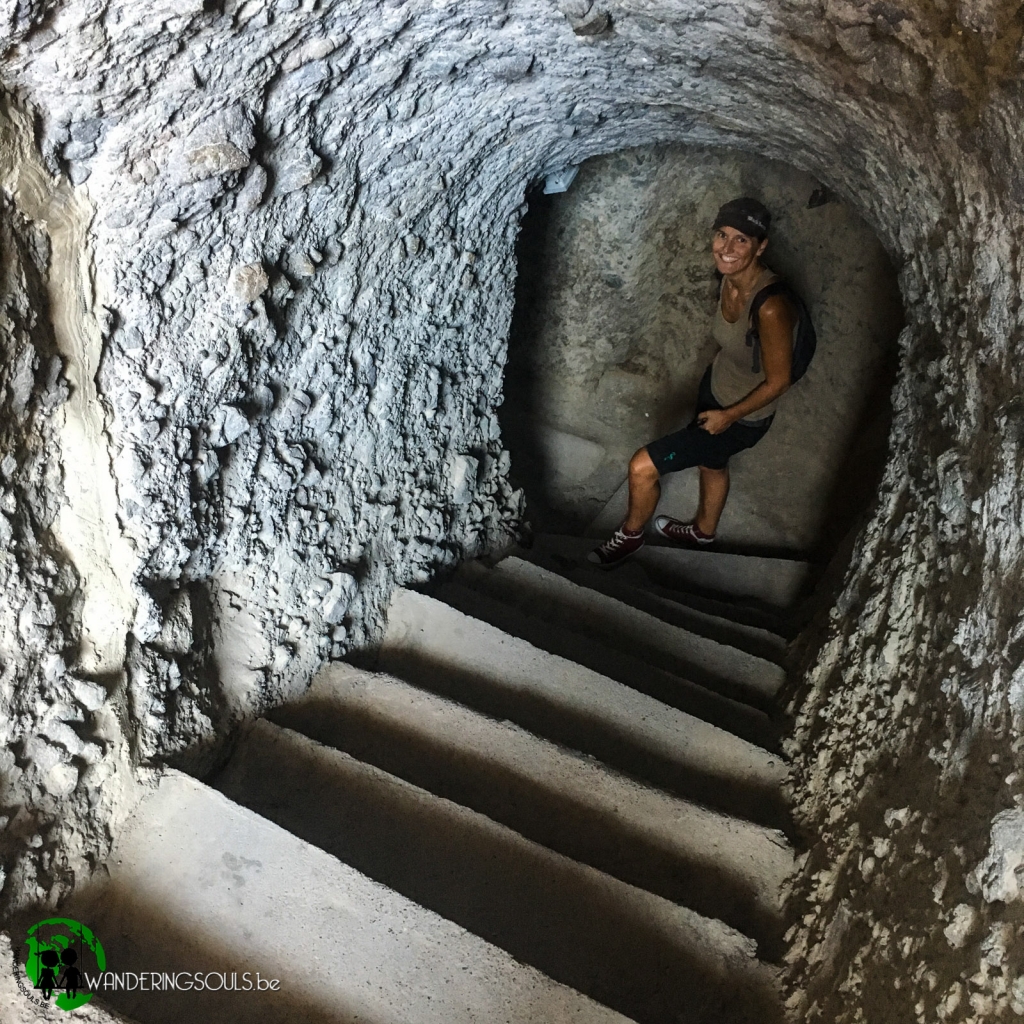 Tbilisi has a lot of different things going for it. Ok, you also have the poor parts of the city but as we found out, you also have the hip and trendy part and the old (restored) city centre. The vibe in the city is young and trendy and really alive at night. When you look out where you go, you can eat and drink local cuisine for next to nothing, but when you step into the tourist places you can also be suckered into paying 4€ for a glass of watered down milkshake… In Tbilisi we met up with the vice minister of justice who was kind enough to let us send our carnet over to him. He explained us a lot of what the country is doing to move forward, whereas investing in the police force and making all the police buildings out of glass so that they are transparent to the population, which is a really good idea. 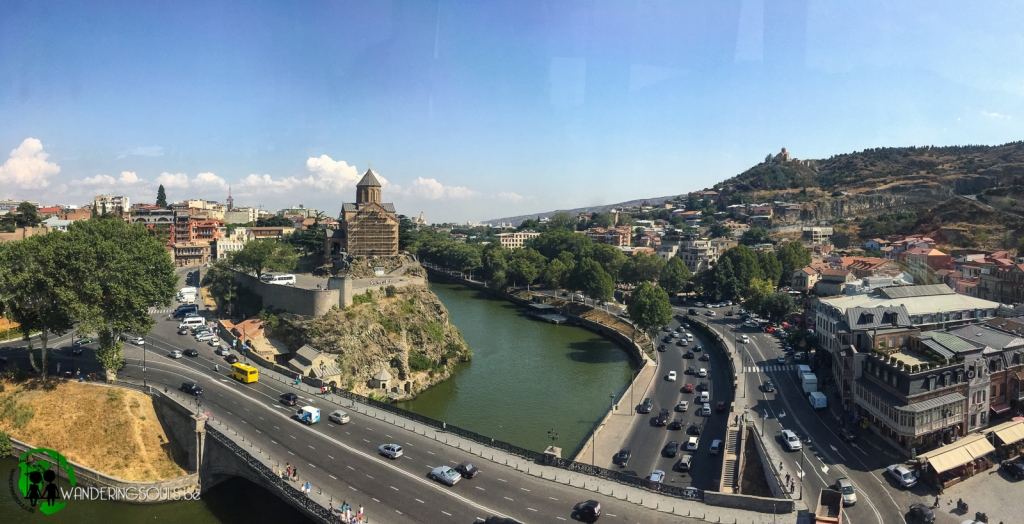 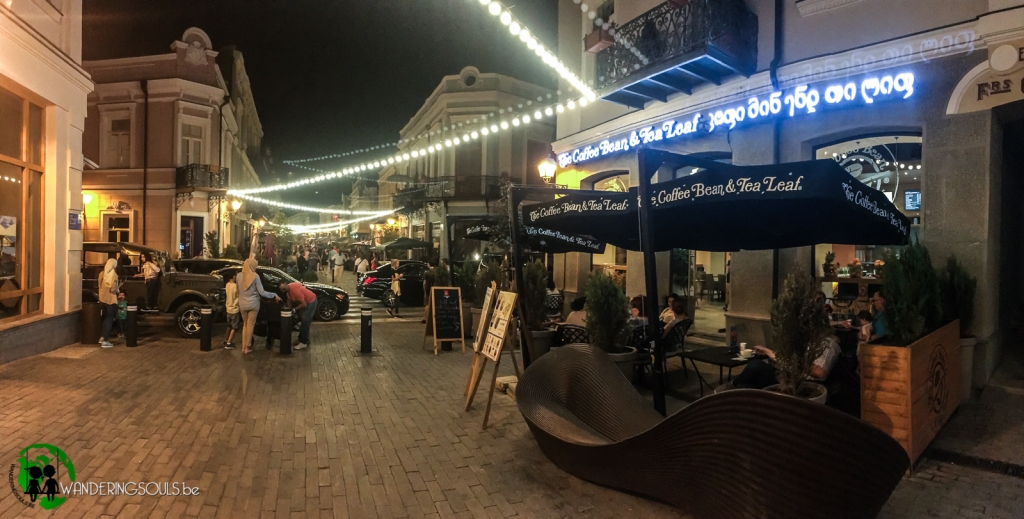 In the north of country we went to the city of Gergeti where you can climb the Kazbek mountain. Here you can see that Georgia is already investing a lot of money to make the country more interesting for tourists. The place was overrun with all nationalities and they have a lot of restaurants, taxi services and hotels. The climb to the Holy Trinity Church was relatively easy and on top you have a local monastery that is still being inhabited until this day.

All in all, we are sure we love Georgia, but we do think you have to experience it for yourself one day!