How ill can you both get…

Home/How ill can you both get…
Previous Next

How ill can you both get…

It started with me when we left Bishkek to head towards Osh. I was feeling a bit under the weather, I had a sore throat and some pain in my muscles. I didn’t stop to think about it too much because I had been feeling weak quite a while now, but the longer we drove, the more everything started to ache. Above all the pain, I started to feel a bit sick to my stomach and I got diarrhea. Let me tell you that it is not easy to pee by the side of the road in a very mountainous country and it is even more difficult when your legs are wobbly. 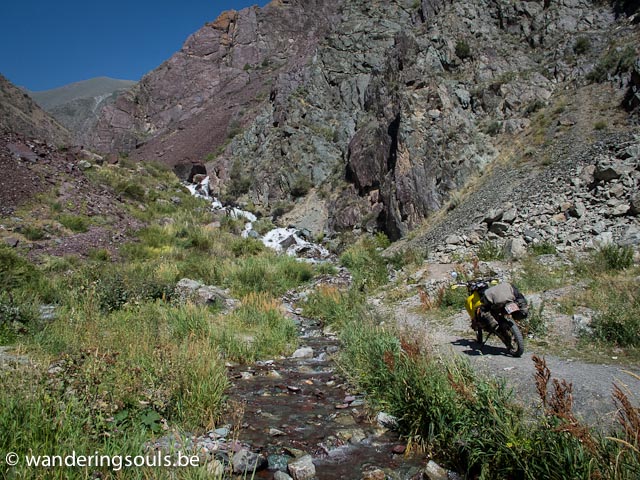 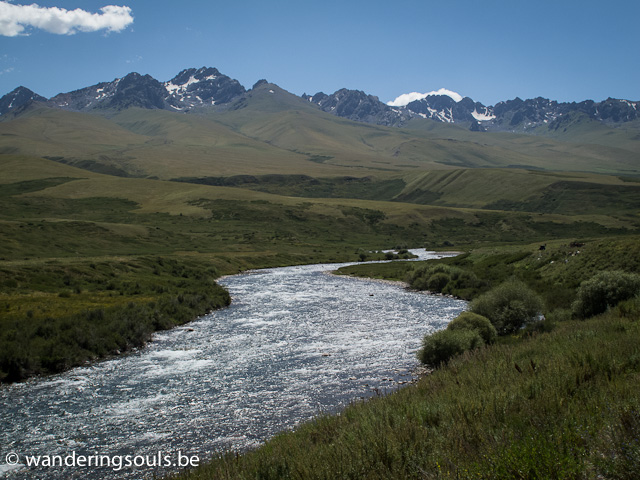 I wasn’t able to enjoy most of the countryside and it was a true shame because Kyrgyzstan is one of the most beautiful countries we have seen so far. Above all the misery it was 36 degrees or more and there was no wind to cool it down a bit. When we ran out of water, Seb filled the bottles in the river, but when I think about it now I don’t think it was such a good idea… 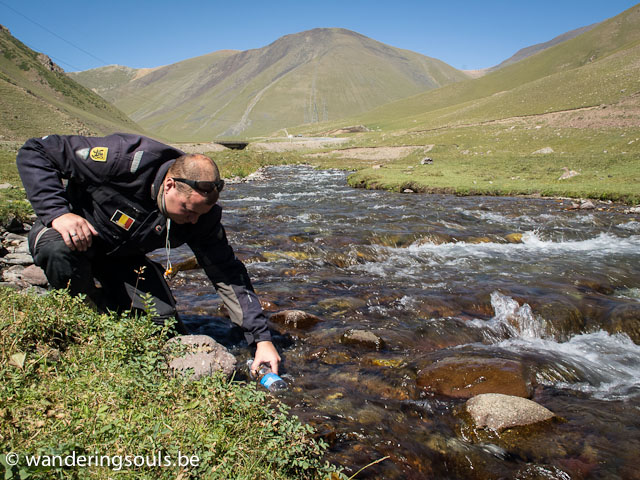 With beautiful roads like these, we don’t mind riding on paved roads instead of off road: 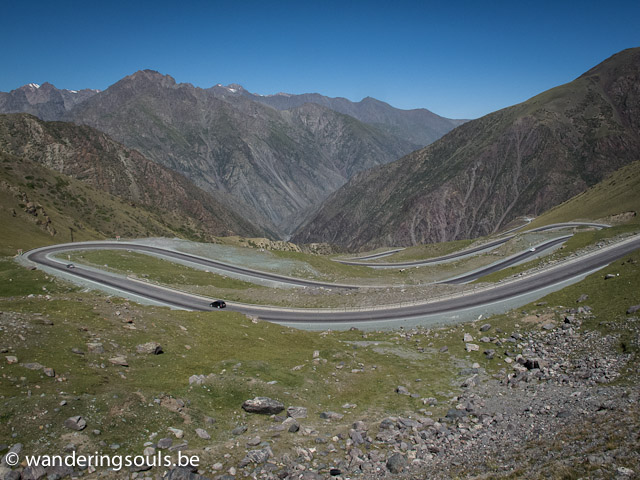 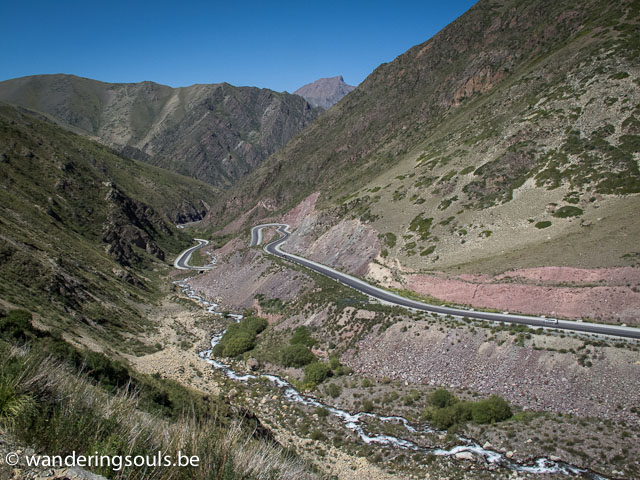 In the end I could drive for a few kilometers and I had to stop to have a toilet break. I wasn’t even fit enough to place myself out of sight, I just squatted next to my bike because my legs couldn’t carry me anymore! We found a guesthouse somewhere along the way and stopped there. They had a French toilet and no running water but they had what I call a ‘shit chair’ (chair with a hole in it to place over the French toilet), so at least my legs didn’t need to carry me the whole time. The toilet paper was like sandpaper and I spend most of the remainder of the day and night in the toilet. Above all the rest, I started to get a very high fever. 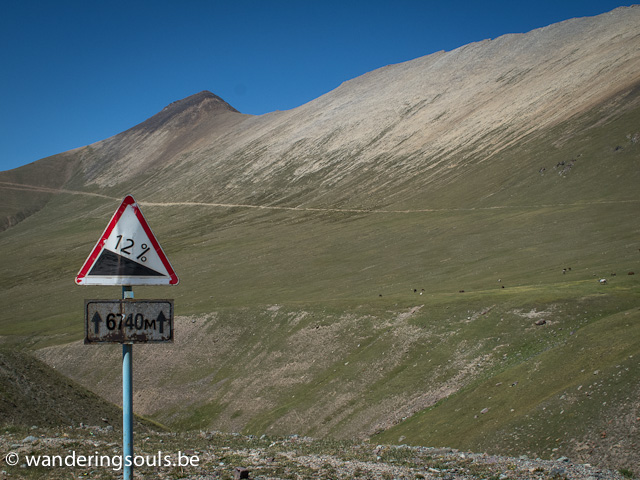 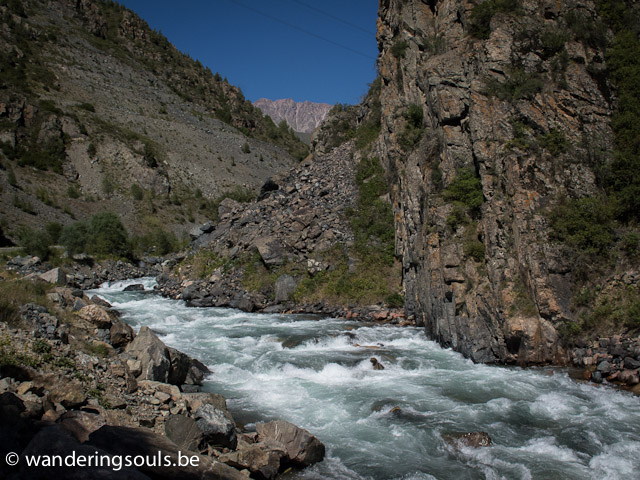 The next day my fever had gone down a bit but I was still very weak and now Seb was saying that he was also starting to get sick. He didn’t have the same diarrhea as me (only a bit) but his temperature was also getting through the roof. We left the guesthouse to get to Osh to a hotel with a shower and a clean toilet because we knew this would last for a couple more days at least and we had to be comfortable where we were. Somewhere along the way we met a group of Malaysian bikers who were also going to Osh and they had a follow car with a trailer. It could only fit one bike however and Seb was a real gentleman even though he was boiling with fever and said my bike had to go on the trailer. This is how I got to Osh. Seb was driving the whole way meanwhile, trying to keep his bike straight for 400km… 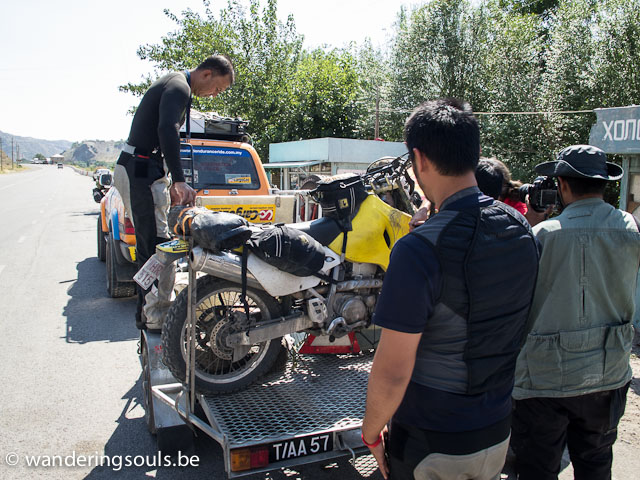 In the end we arrived after dark in Osh and after a lot of effort found a suitable hotel. We wanted to take a shower but there was no hot water and we were too beat and sick to go down and tell the staff.

The next day Seb’s fever had gone a bit and when we told the staff about the hot water they send someone up immediately. The guy said that 2 rooms only had one boiler so that was probably the problem, but I insisted to him that I knew that wasn’t the problem because I hadn’t heard any neighbours. After a while he found out that the problem was that someone had switched off the main switch to the boiler, so after breakfast we were finally able to wash all of the fever from our body. 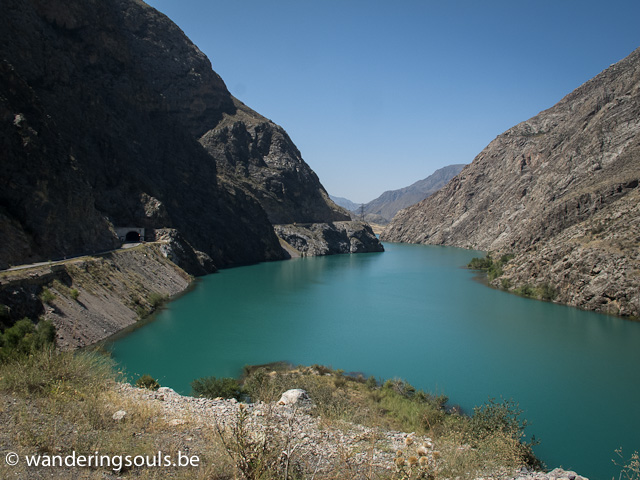 Today I had a relapse and I have already decided that I will finish my adventure here and Seb will do the Pamir without me. I am to weak at the moment to continue and I don’t have the need to continue the trip anymore. Seb will leave for the Pamir as soon as he is feeling 100 % again and what I will do, we will see. I am very glad that this only happened near the end of the trip because being ill like this really take a lot of wind out of you.

We both hope to be up and about in a few days and we will keep you informed of our plans.