After spending 2 weeks in the Alborz mountians in northern Iran, it was time to change the scenery, drastically.

I went south towards Kashan, a city between Qom (the religious centre of Iran) and Esfahan (the must see city of Iran) without any expectations. The only thing I had marked on my map was the Fin Garden, an ancient Persian Garden.

West of the city are some arid mountains so I thought of going there to spend the night. I found a track and later an open area, so I parked, slept and at 6am the first people arrived… Apparently I was on the informal parking of some hiking trails. Well, that’s just great, since I love a good hike. The hikes did not disappoint; dry, arid and technical, exactly what I love! 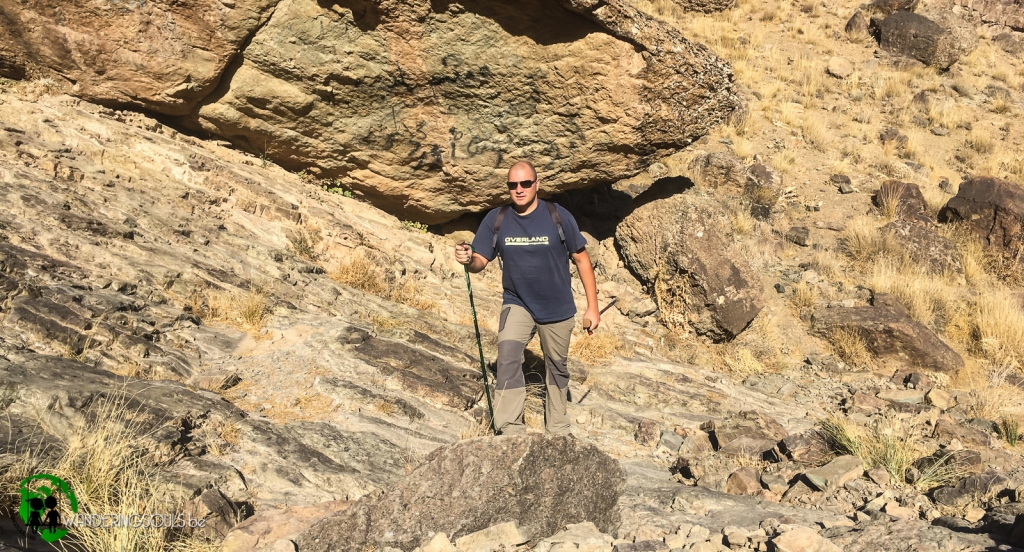 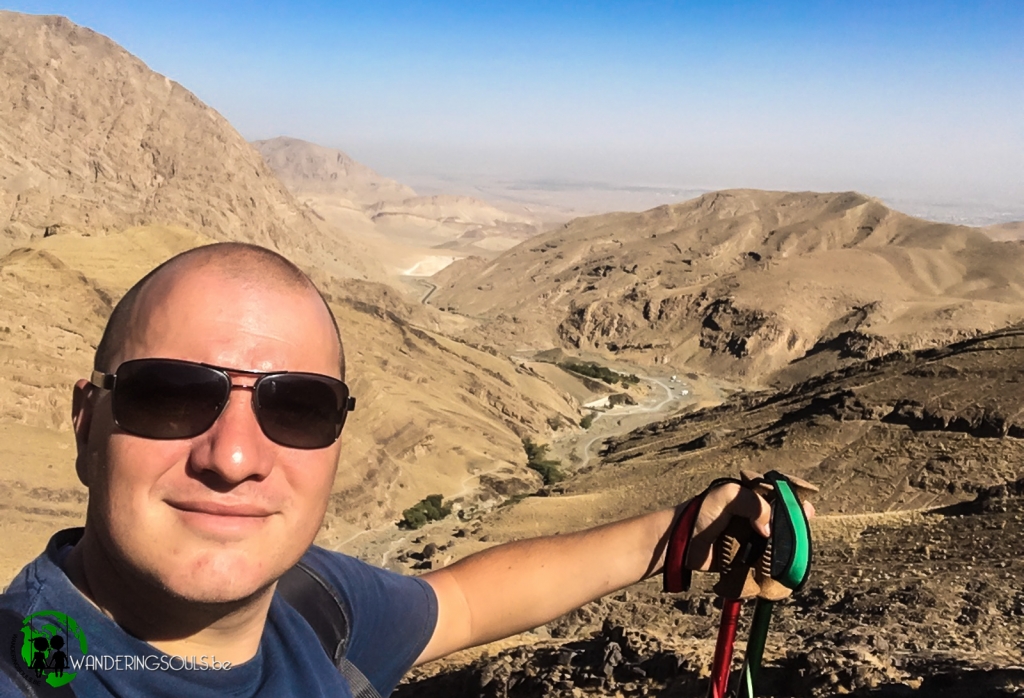 I even found a canyon and the source of a spring: 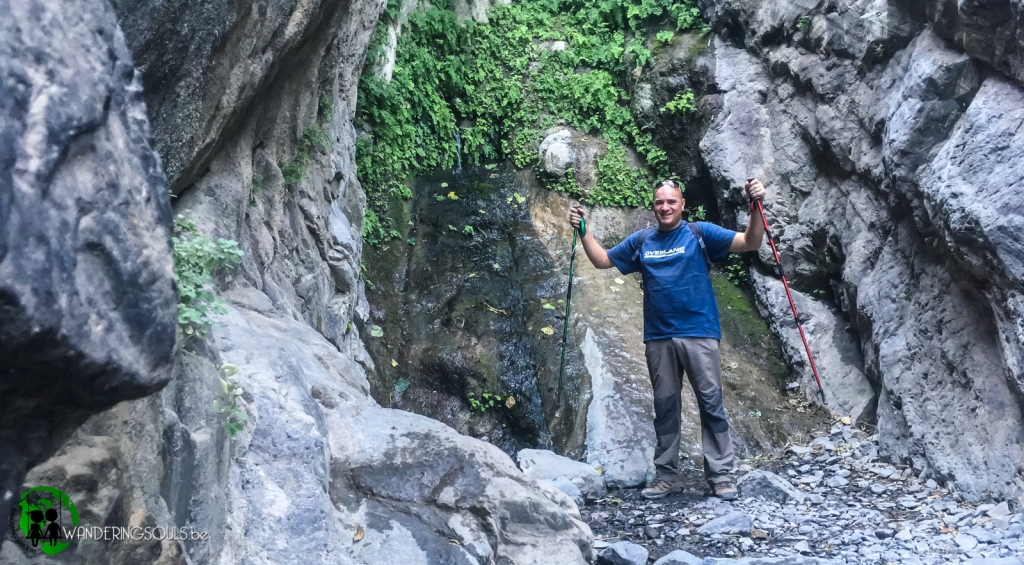 Along the track, I met some Iranians that were really surprised to see a foreigner there. 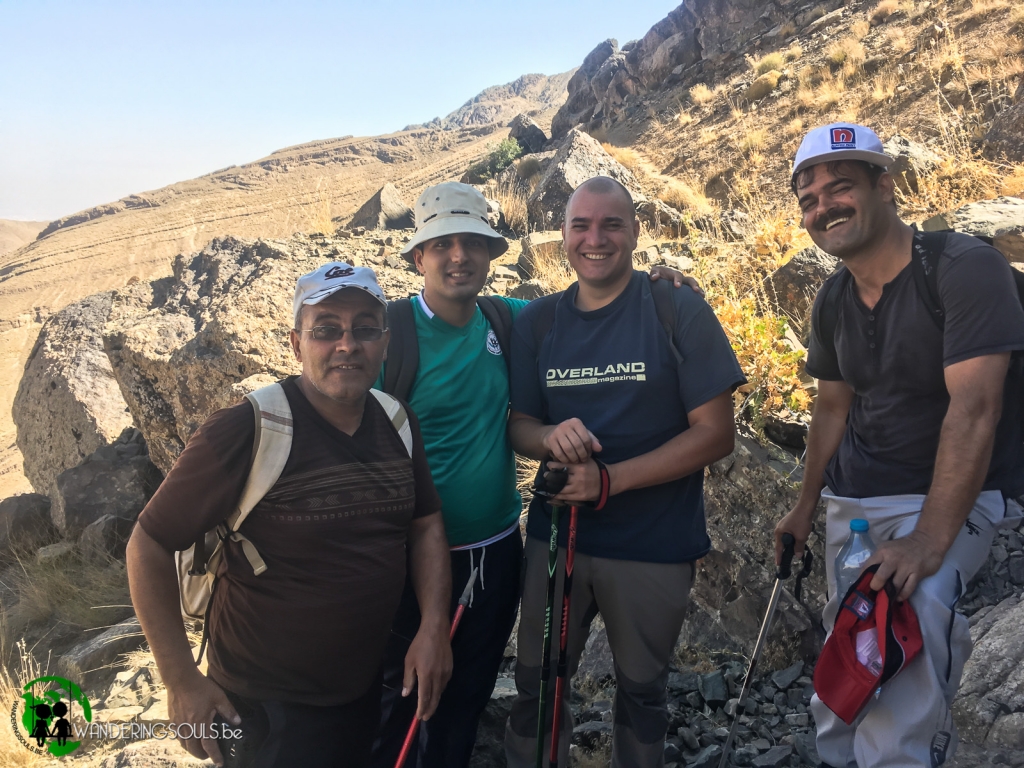 After a long and exhausting day I went back to Kashan, found a nice “park” to stay at and even found the time to do some laundry. I was just about to eat my diner when a family pulled over and of course we had a chat, since Zeynab spoke english. 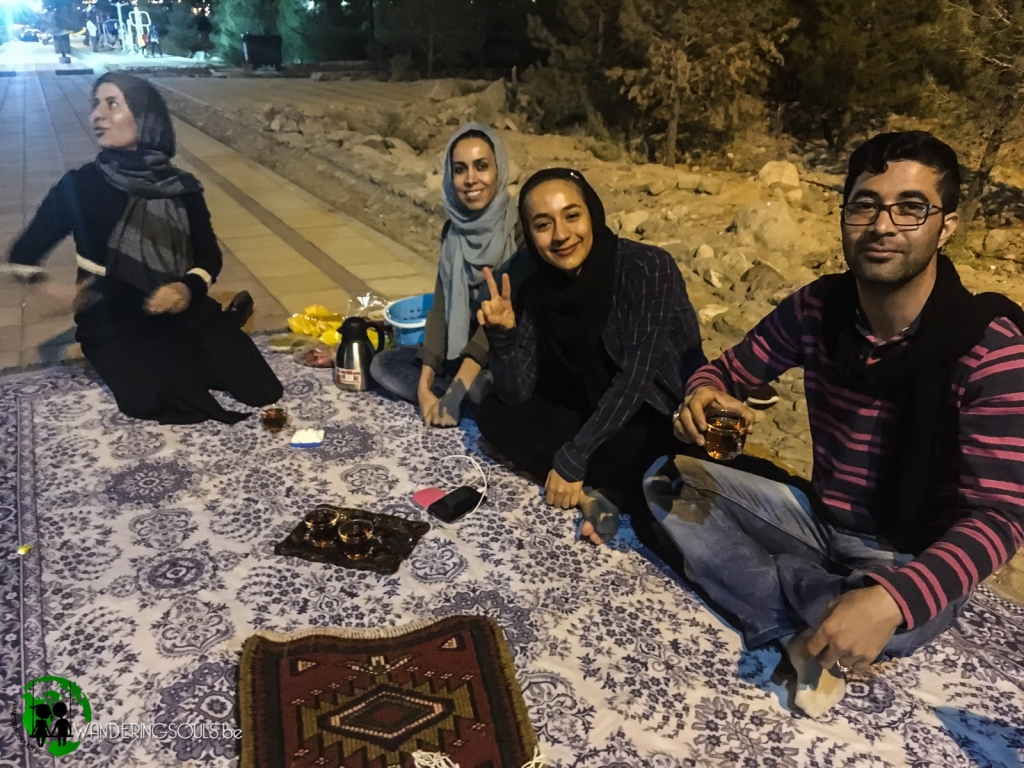 It got late and they invited me back at their home to spend the night, an invitation that I could not refuse (after refusing several other occasions already). The next morning we went for some sightseeing and since Ali needed new knives, I got one myself as a unique piece. 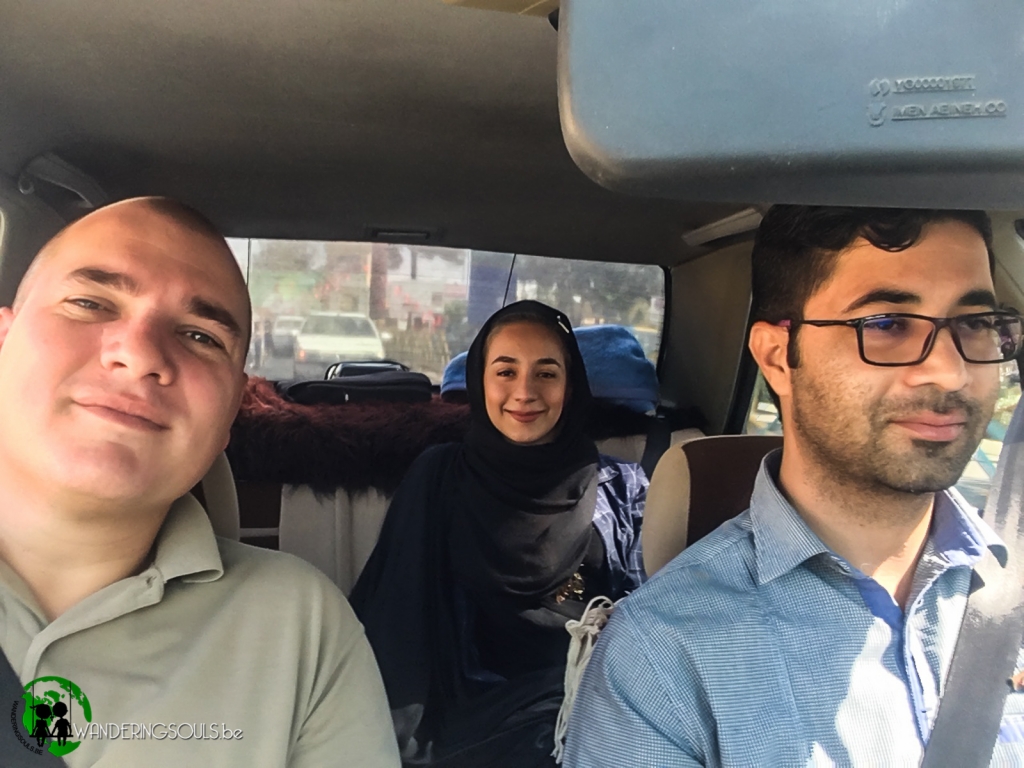 These guys still make knives the traditional way, 100% handmade. The workshop equals the shop as well. 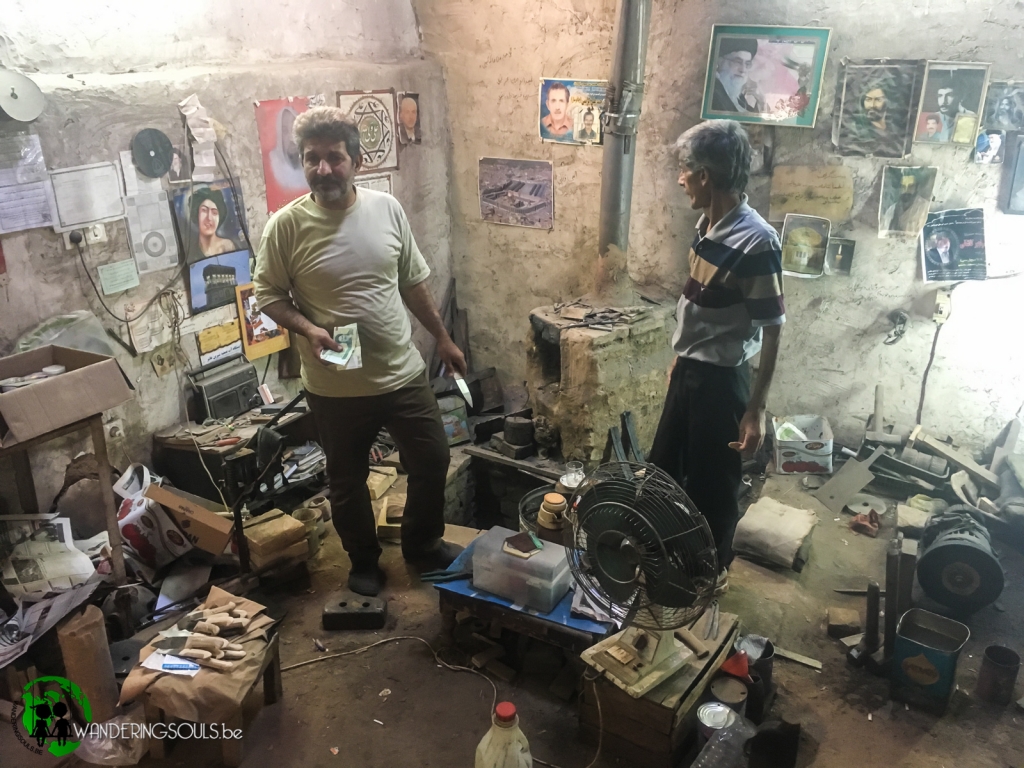 It was time to say goodbye and to head into the desert, the Dasht-e Kavir.

About 40km of tracks and pistes through sand takes you to an old Caravanseray. These were used as safe sleeping and restplaces all along the Silk Route. It is another 10km to get to some impressive sand dunes.

But I would never get there that day. The sun was setting, it got dark and I was tired, so I guess I had it coming… I got stuck in the sand! In the middle of nowhere, nobody around and darkness all around me. (this picture was actually taken the next morning) 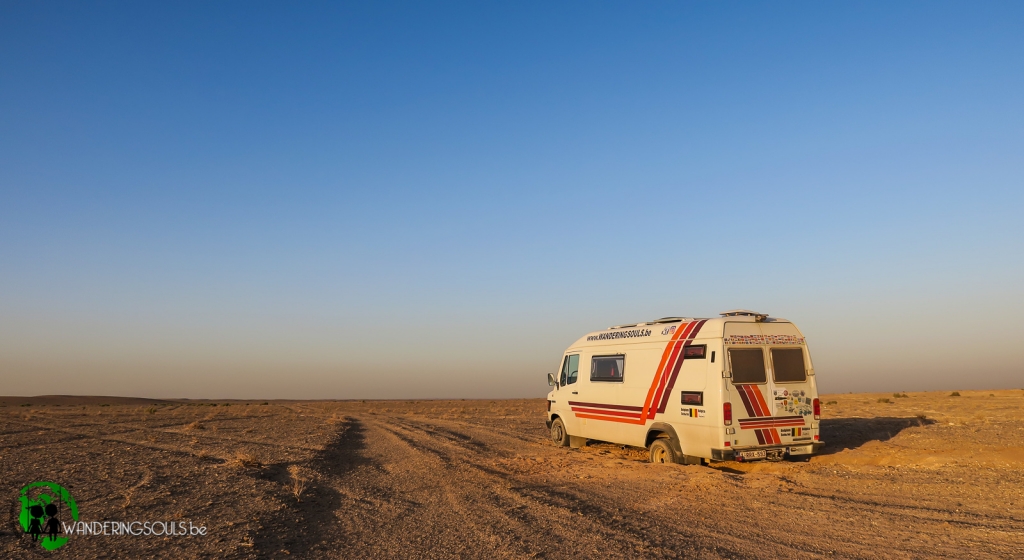 I still tried to free the van, all in vain. After an hour I decided to call it a day, as this was pointless. Next morning I would figure it out, in daylight.

I started digging again at 6 am and found out that the rear axle was completely stuck, and that all the weight of the van was now resting on my grey watertank. Taking the sand away, inch by inch and hearing the van making these noises while shifting its weight while being under the van, was not the most reassuring thing I ever heard. I mean, it sounds pretty cool in movies like Pirates of the Caribbean, but not when having 4 tonnes on top of you… 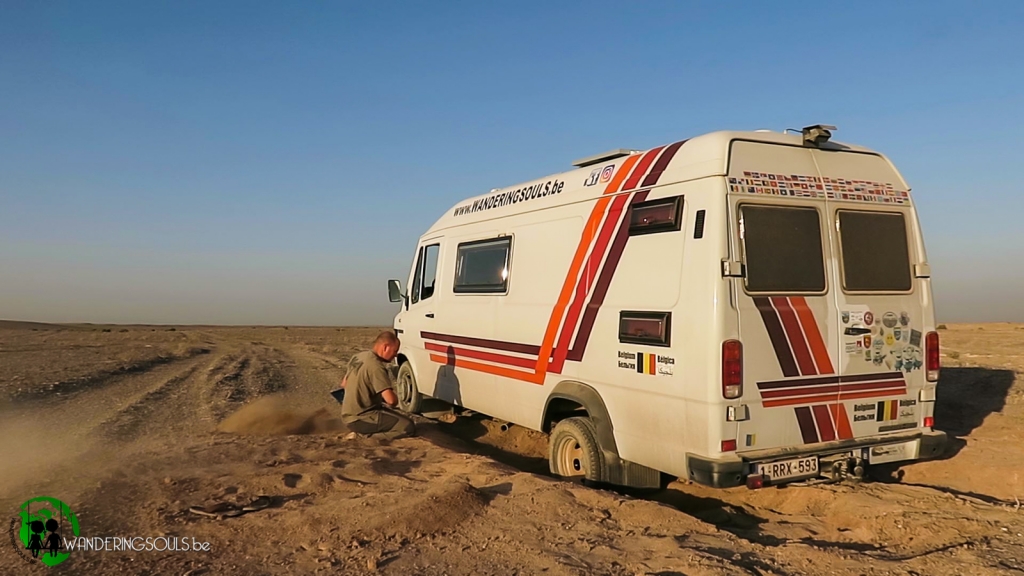 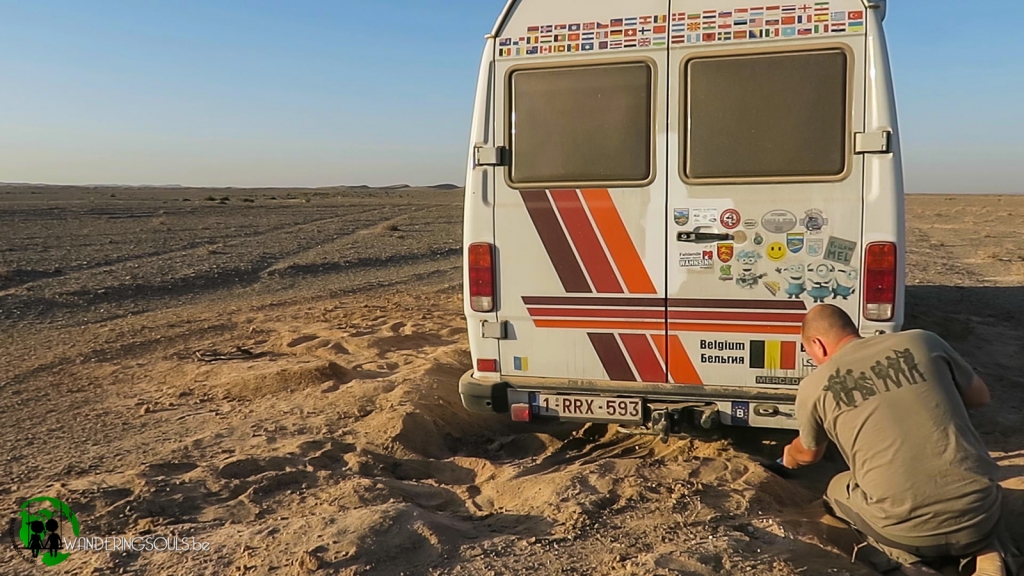 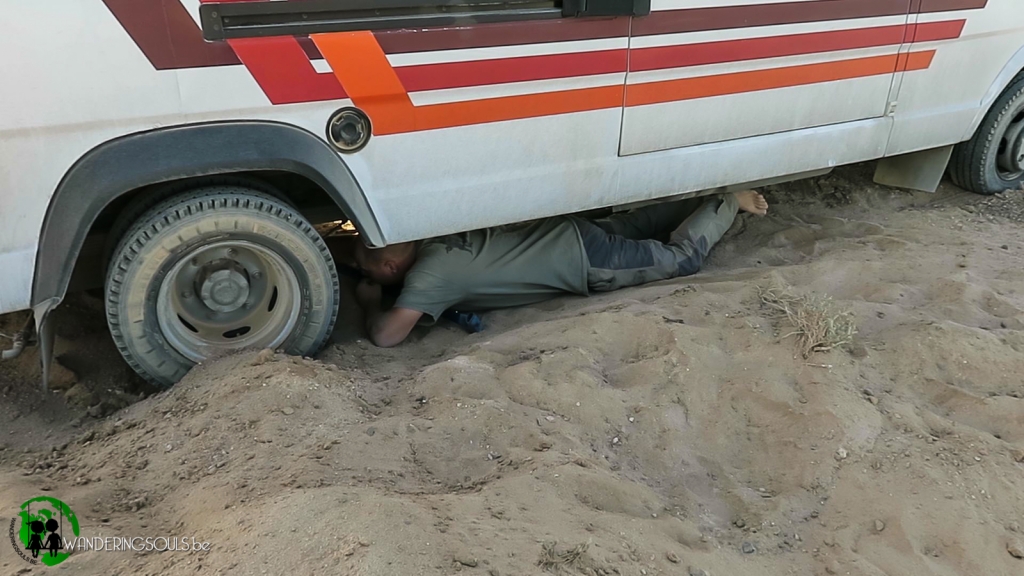 By 8 am I got the van out, nice and smoothly from the first attempt. Time to rest a little and enjoy the sun on my face! It is also at moments like these and with experiences like these that one can truly reflect on life, the meaning of it and what is important and what not. 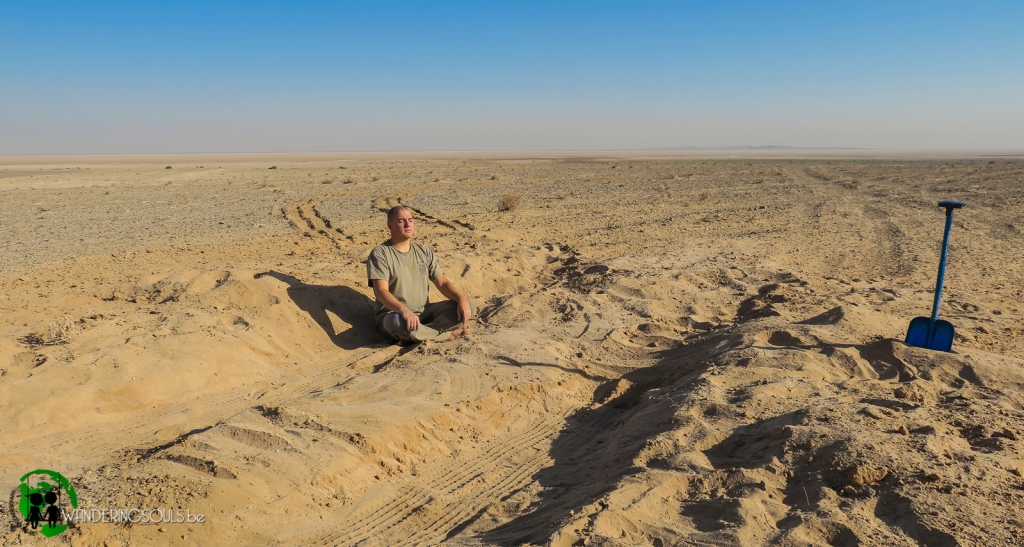 But in the end it was all worth it! Here’s a view of the dry salt lake:

And those sand dunes were huge! You can barely see the van.

Later I got the company of some camels, they stayed a couple of hours around me and the van and while petting them, one thought that my hand would make nice lunch so he had a bite at it. 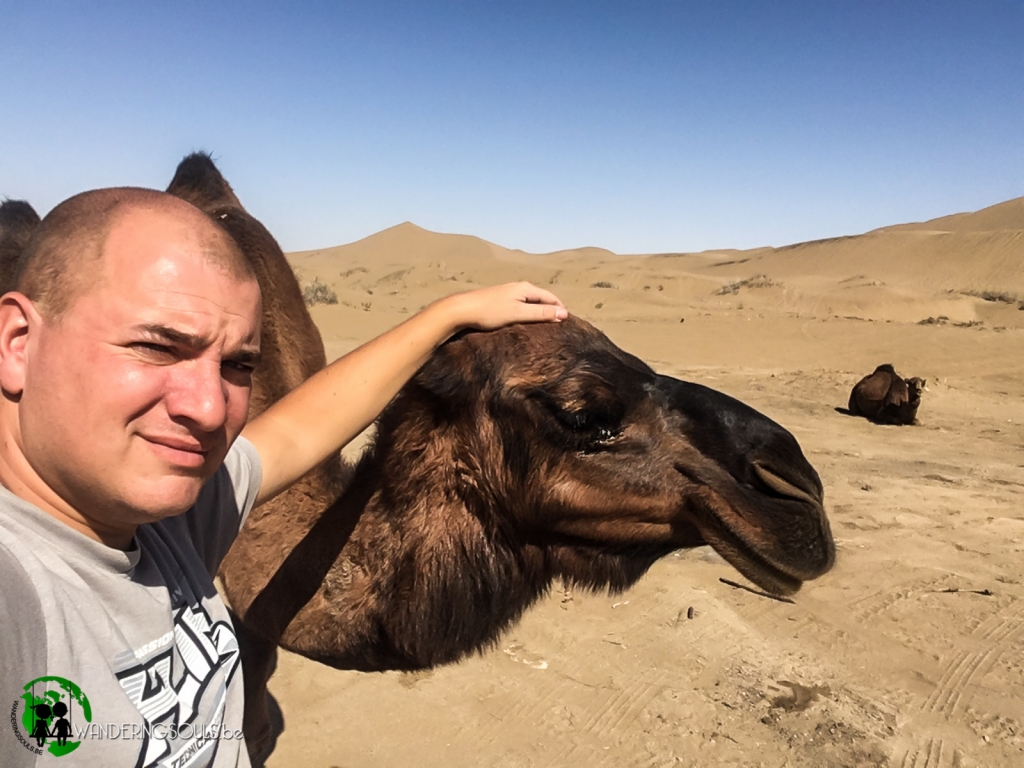 Seeing these magical sunsets and the stars at night, all alone in the desert, just makes me forget the price I had to pay to see this! 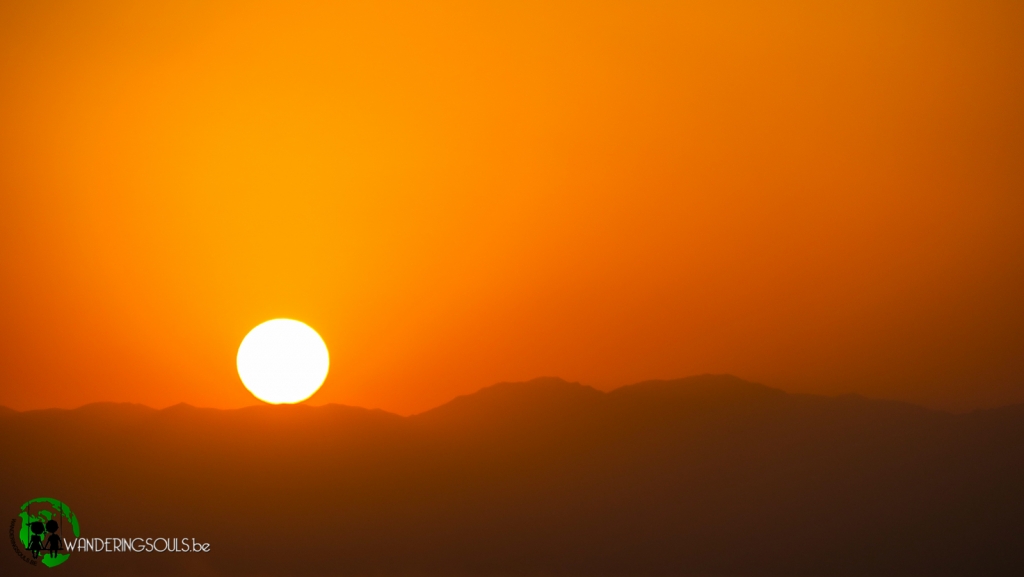 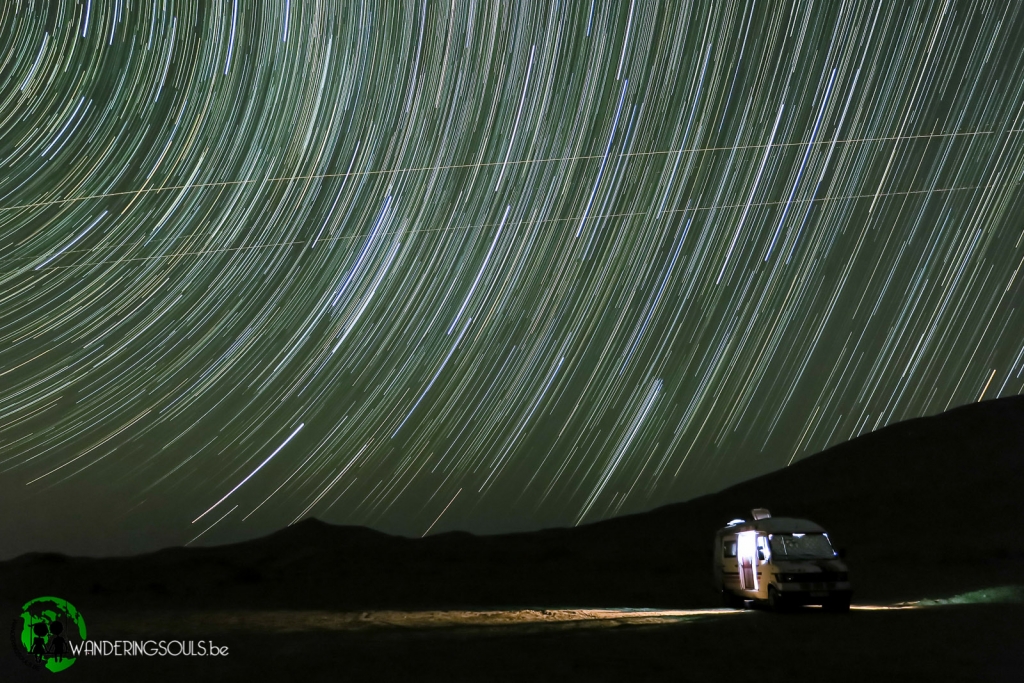