On my way to Isfahan I stopped in the little village of Abyaneh. Abyaneh is one of the oldest villages of Iran and has a reddish hue, as every house or construction is made of red clay. 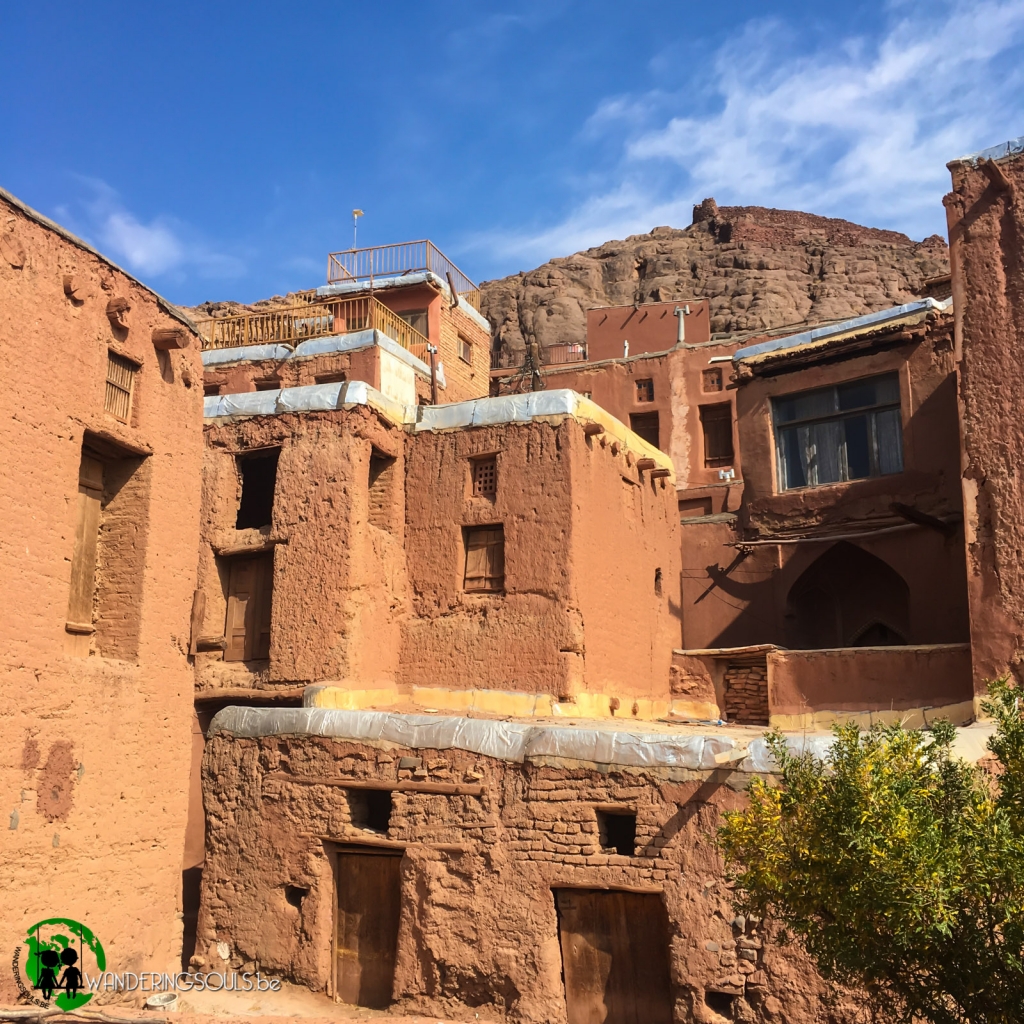 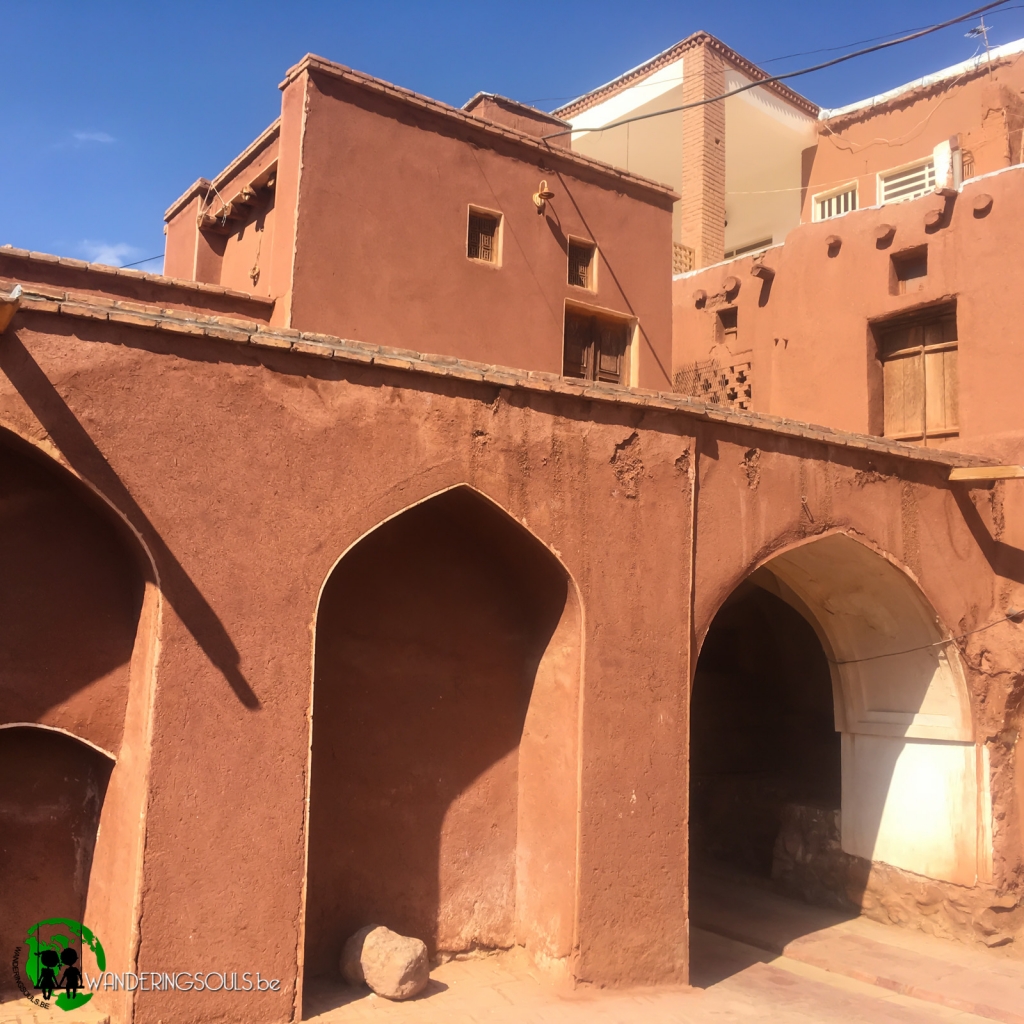 Isfahan is the biggest city in Iran, after the capital Teheran and one of the famous sayings is “Isfahan is half of the world”. Time to check it out!

The Naghsh-e Jahan Square is one of the largest city squares in the world and there’s some pretty amazing architecture to be seen: 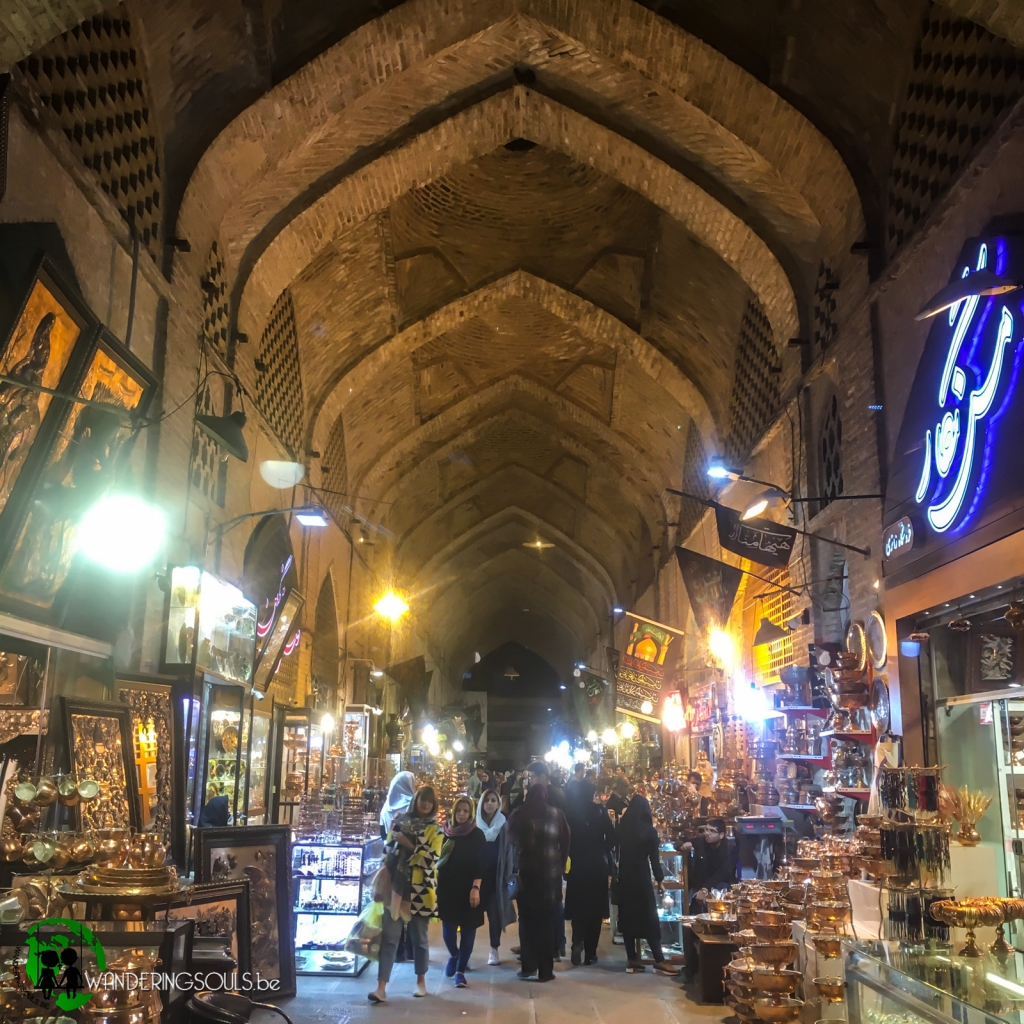 The Si-o-se Pol bridge was a bit of a disappointment to be honest. After seeing some incredible pictures online, when I arrived, there was no water whatsoever in the river… 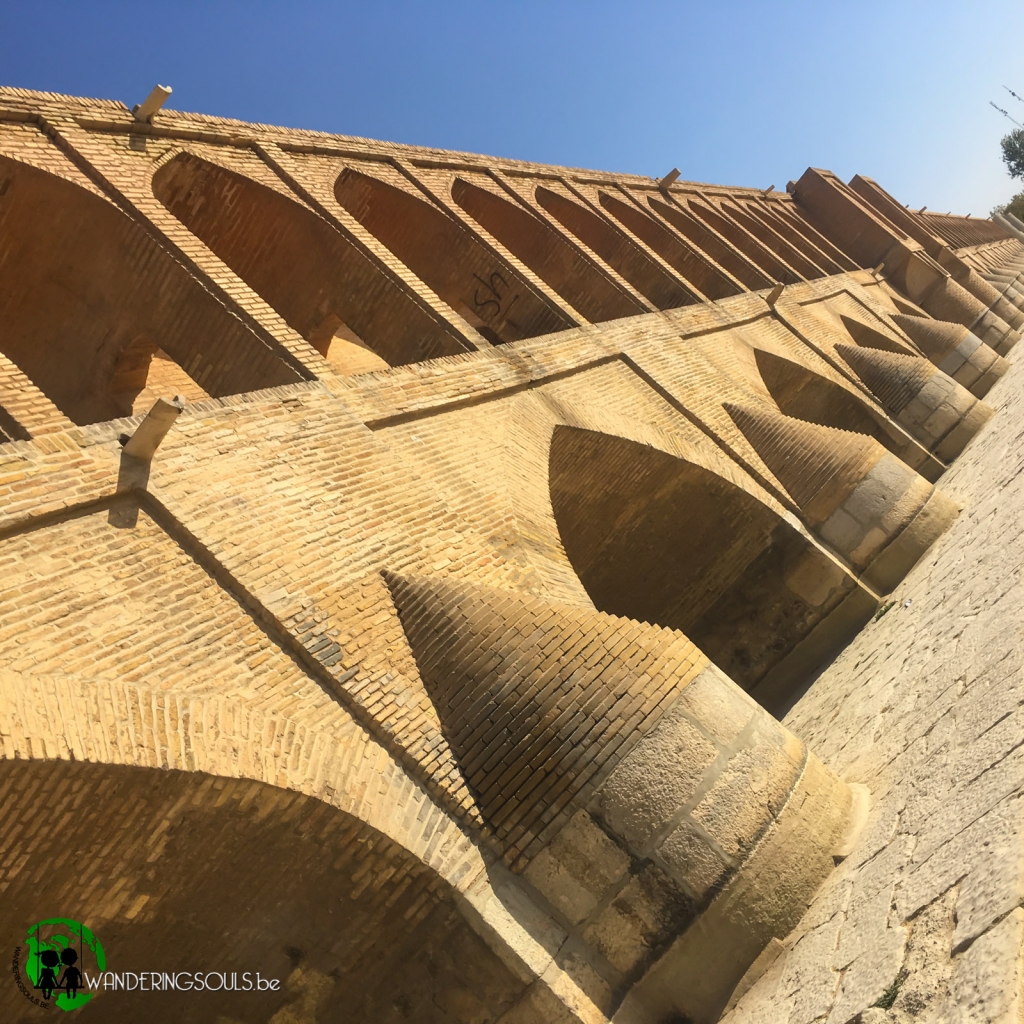 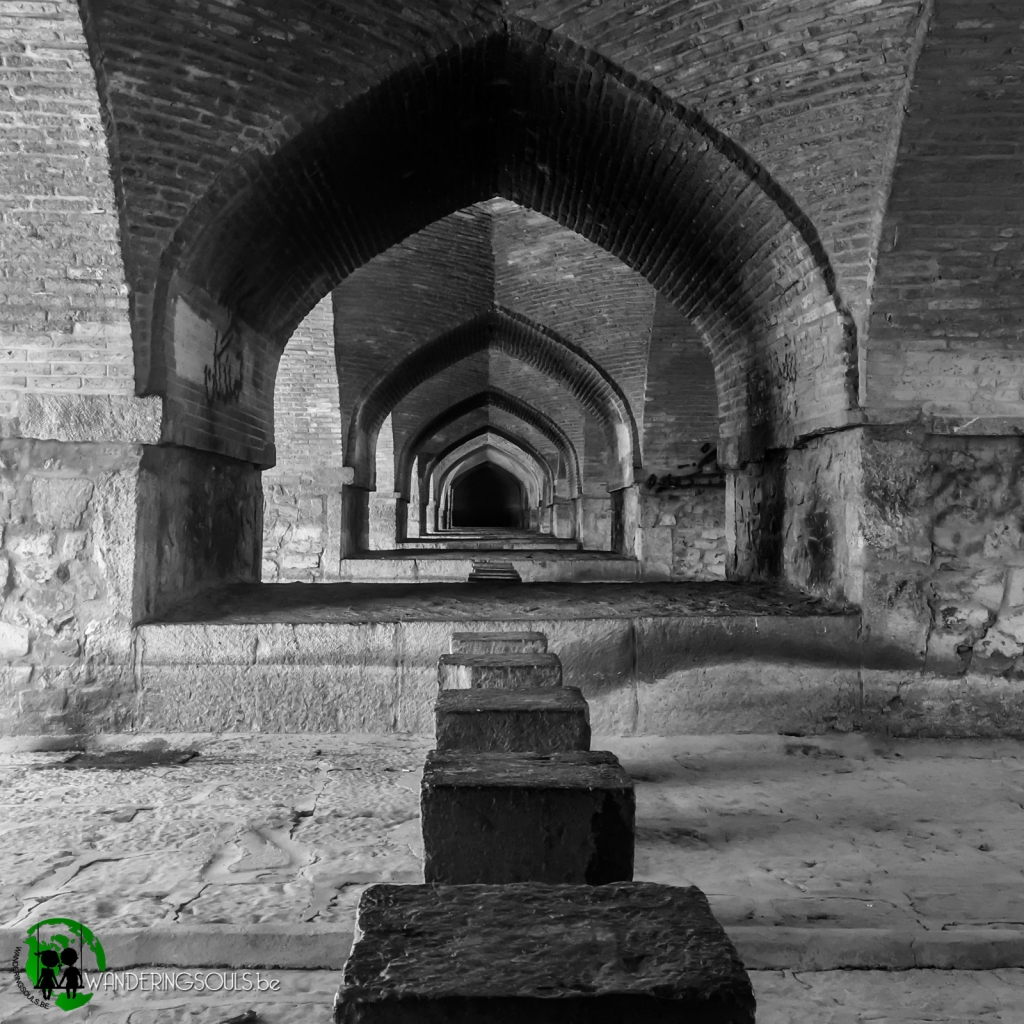 Later I also got invited to the local firefighters station, which again made for some pretty interesting stories and experiences. 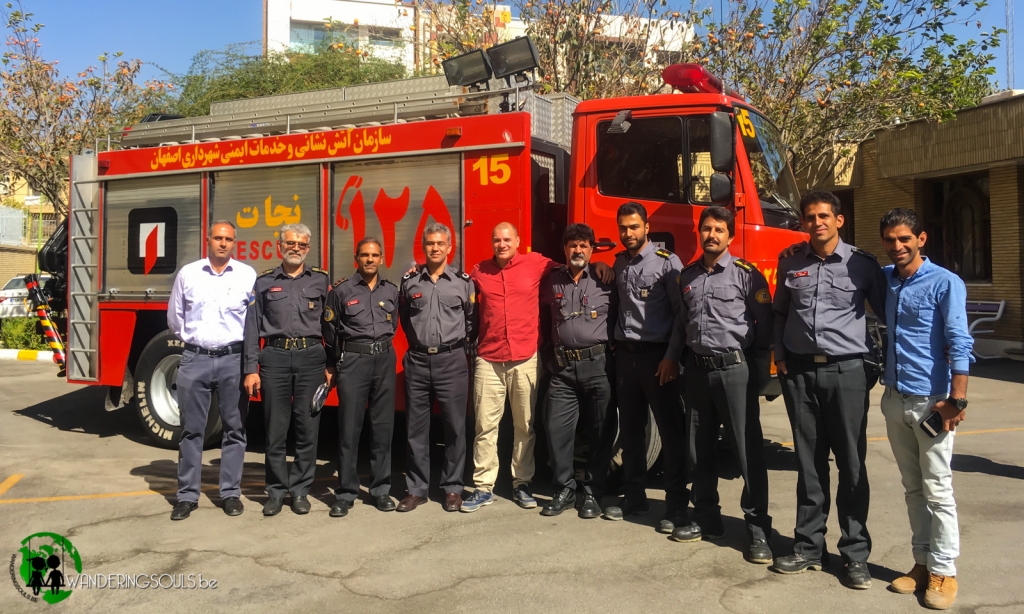 Later I got a suprise visit of my friends Matin and Behzad, they cooked me some dinner in Peanut! 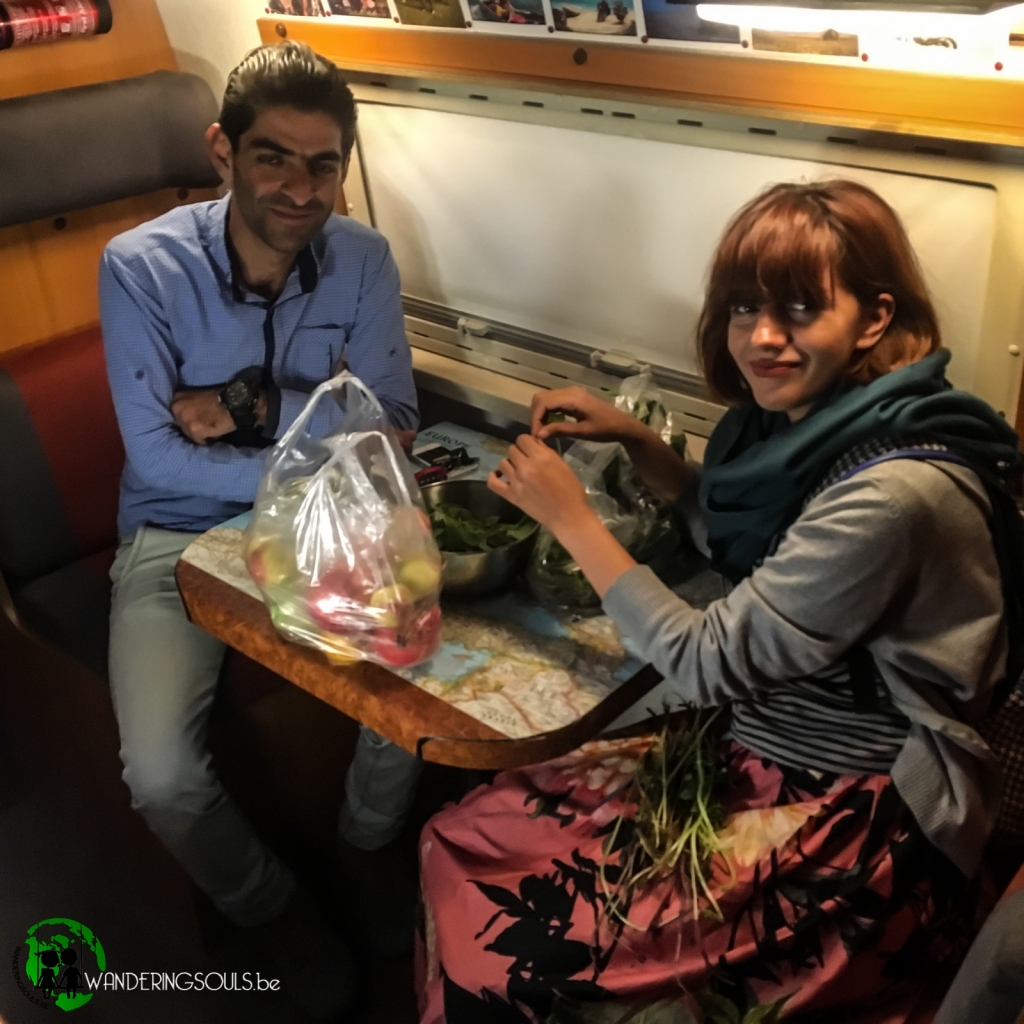 Iran is well known for a few handicrafts like carpets, paintings, miniatures, tilework and so much more. But also Khatam-Kari and after a few days of looking and searching, I could not resist to buy a handmade chess/backgammon board.

Coming from techniques imported from China and improved by Persian know-how, this craft existed for more than 700 years and is still perennial in Shiraz and Isfahan. Delicate and meticulous marquetry, produced since the Safavid period: at this time, khatam was so popular in the court that princes learned this technique at the same level of music or painting. In the 18th and 19th centuries, katahm declined, before being stimulated under the reign of Reza Shah, with the creation of craft schools in Tehran, Isfahan, and Shiraz 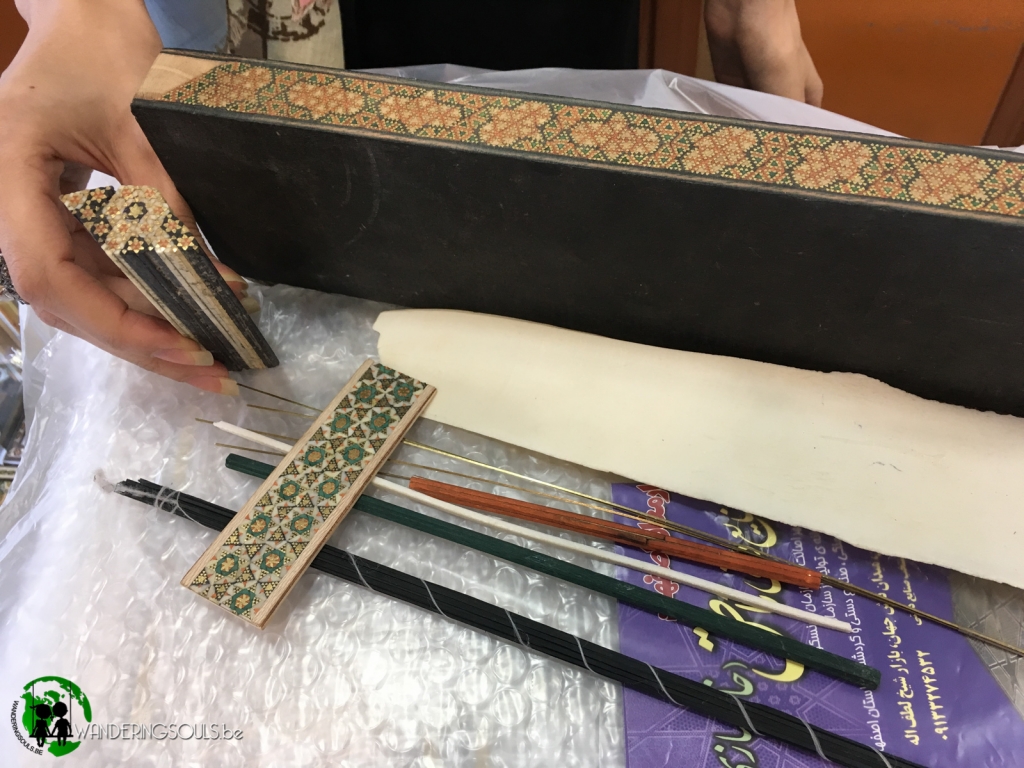 Sticks are assembled in triangular beams, themselves assembled and glued in a strict order to create a cylinder, 70 cm in diameter, whose cross-section is the main motif: a six-branch star included in a hexagon. 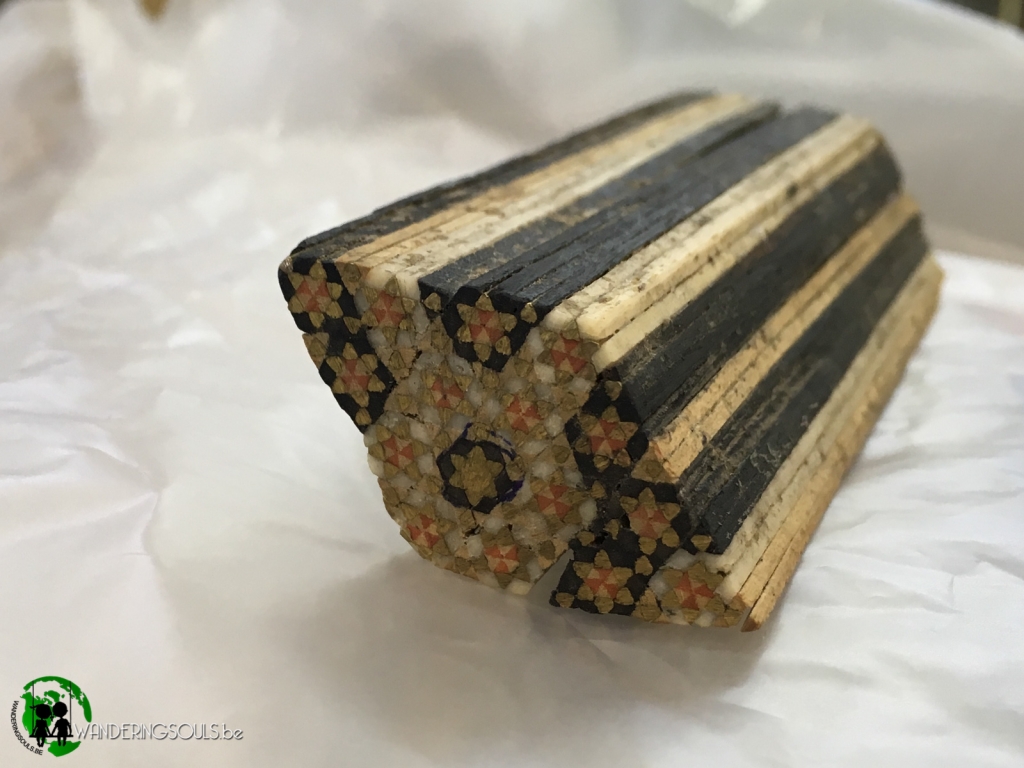 These cylinders are cut into shorter cylinders, and then compressed and dried between two wooden plates, before being sliced for the last time, in 1 mm wide tranches. 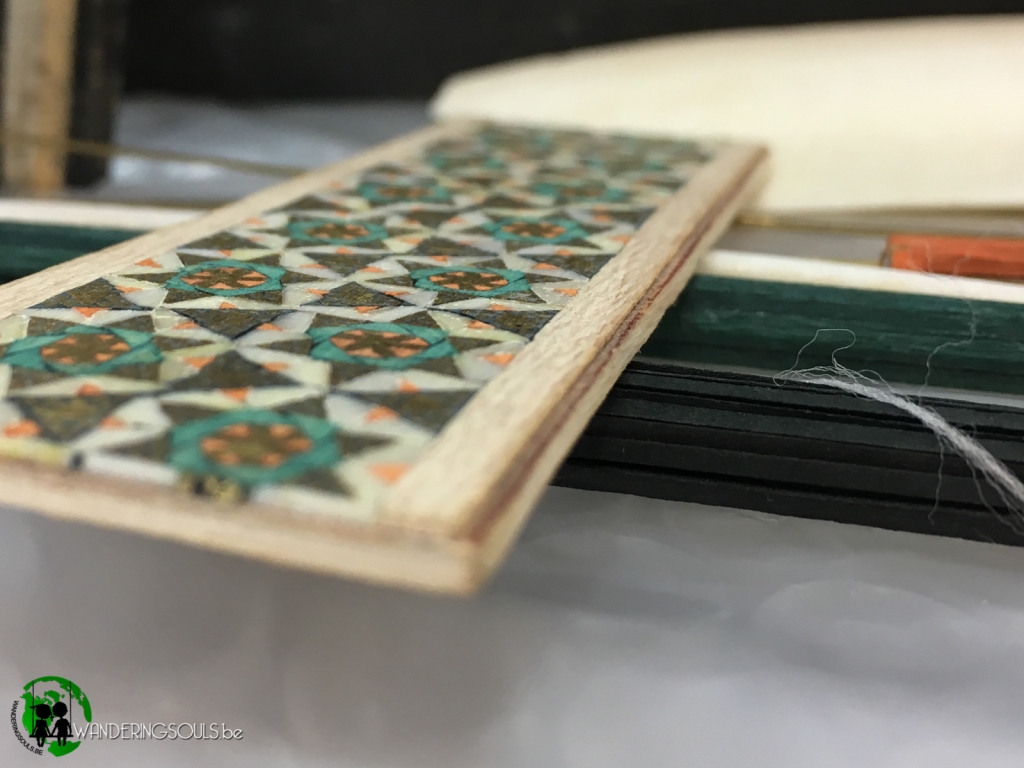 These sections are ready to be plated and glued on the object to be decorated, before lacquer finishing. 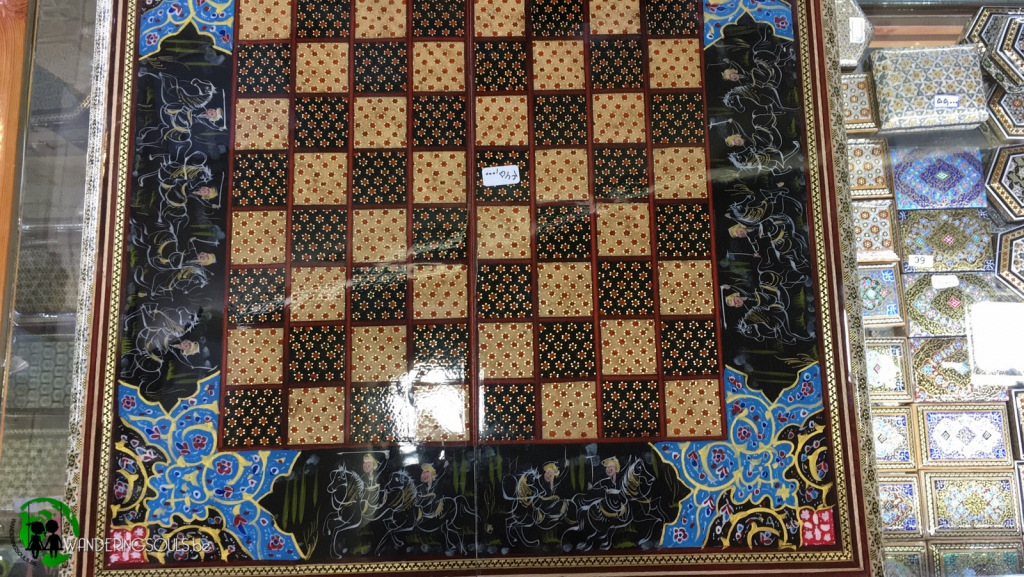 And now I also have one! But mine is also finished with some paint work from an artist, so I have the best of both worlds, or so I think!

Unfortunately I cannot show you what I bought, as it has to be a surprise for Kim as well…

It was time to go to Yazd, to get my visa extension as I only had 2 days left on my 30 day visa! Time flies when you are having fun! On my way to Yazd I took the “shortcut” through the desert, instead of the normal road. 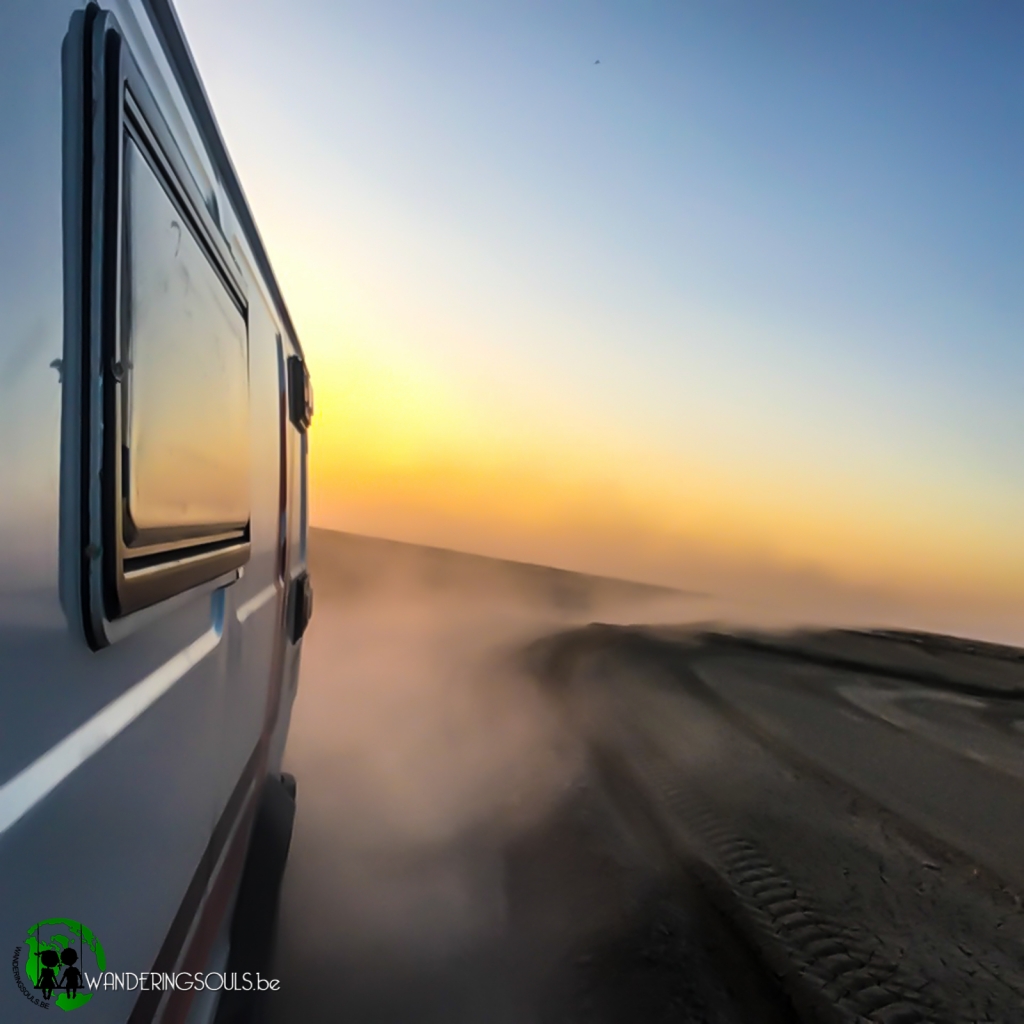 My visit to Yazd was a very short one in fact (I will probably go back there on my way up again) as time was of the essence for once. Yazd is also named the “city of windcatchers” as it is famous for its wind towers or wind catchers. 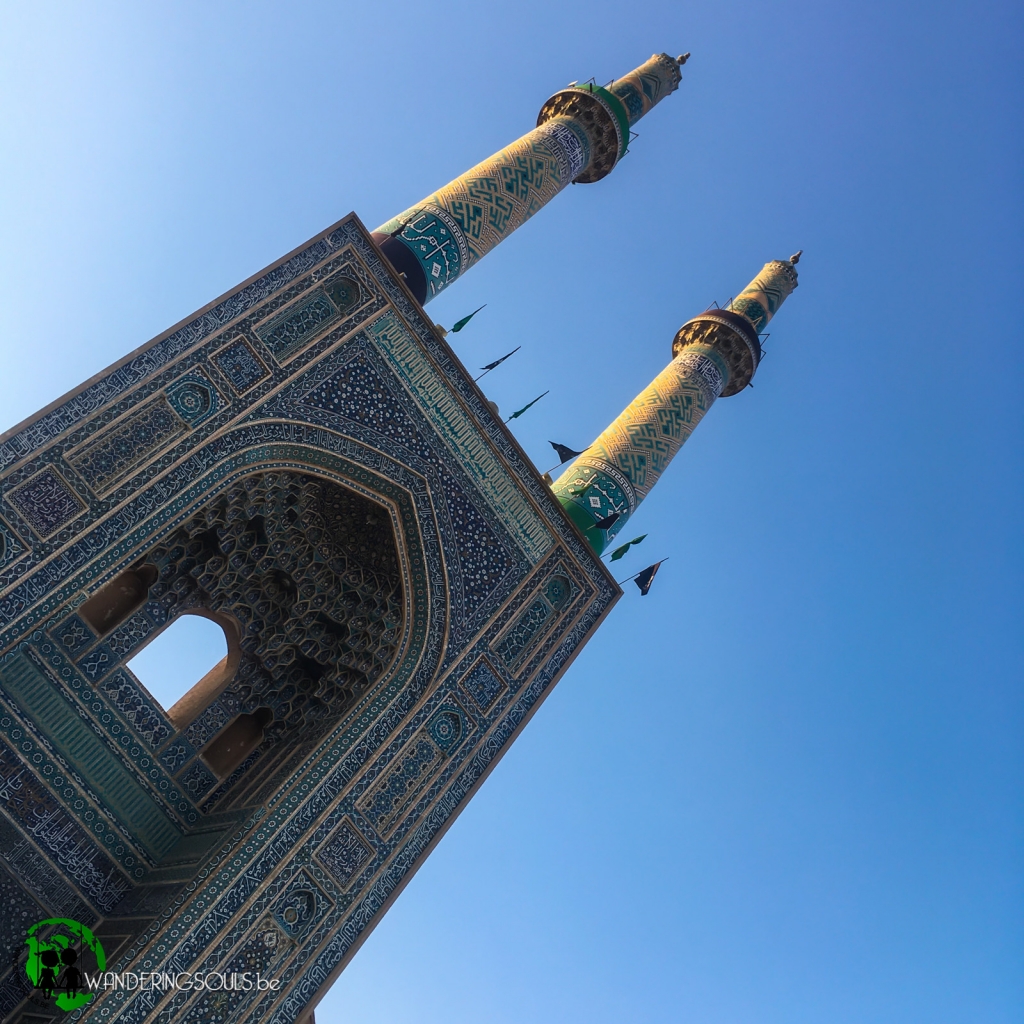 A windtower (wind catcher) (Persian: بادگیر‎‎ bâdgir: bâd “wind” + gir “catcher”) is a traditional Persian architectural element to create natural ventilation in buildings. Windcatchers come in various designs: uni-directional, bi-directional, and multi-directional. The devices were used in ancient Egyptian architecture. Windcatchers remain present in Iran and can also be found in traditional Persian-influenced architecture throughout the Middle East, including in the Arab states of the Persian Gulf (mostly Bahrain and The United Arab Emirates), Pakistan, and Afghanistan. 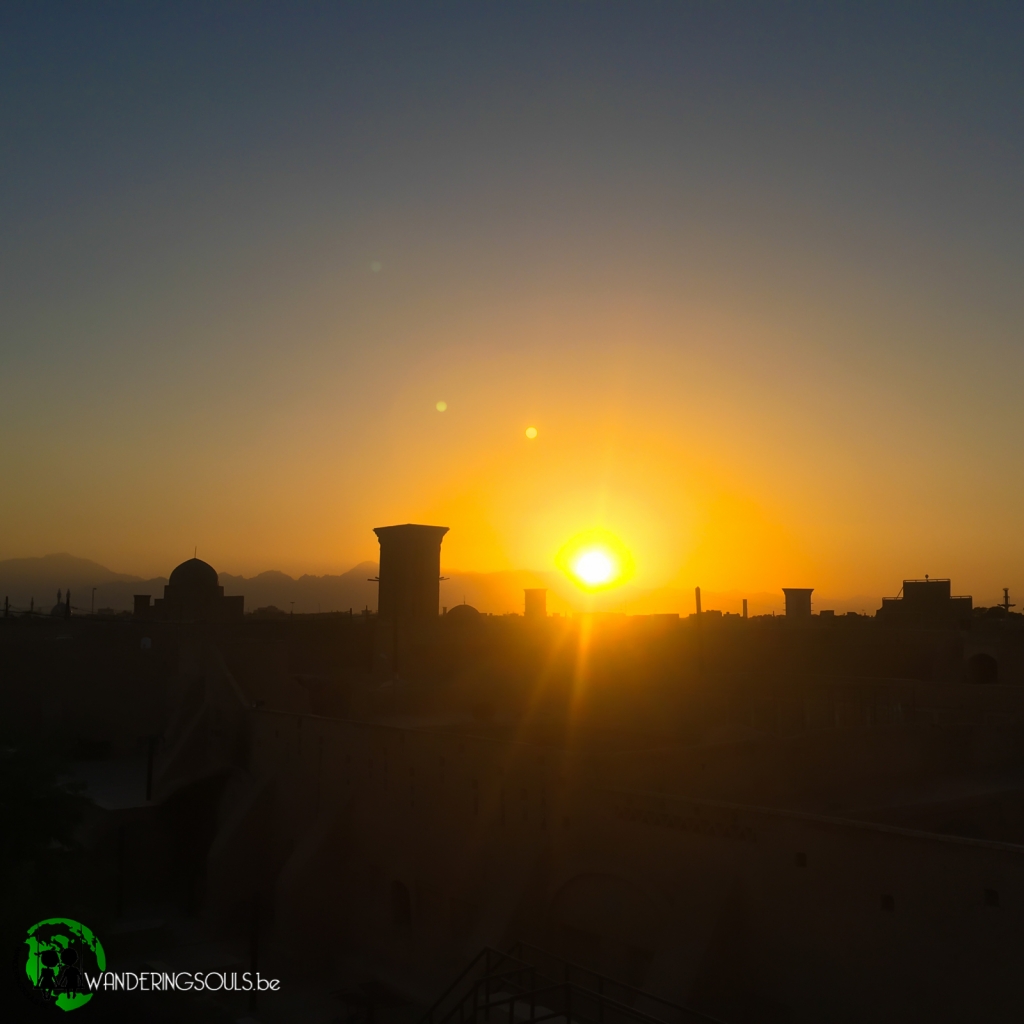 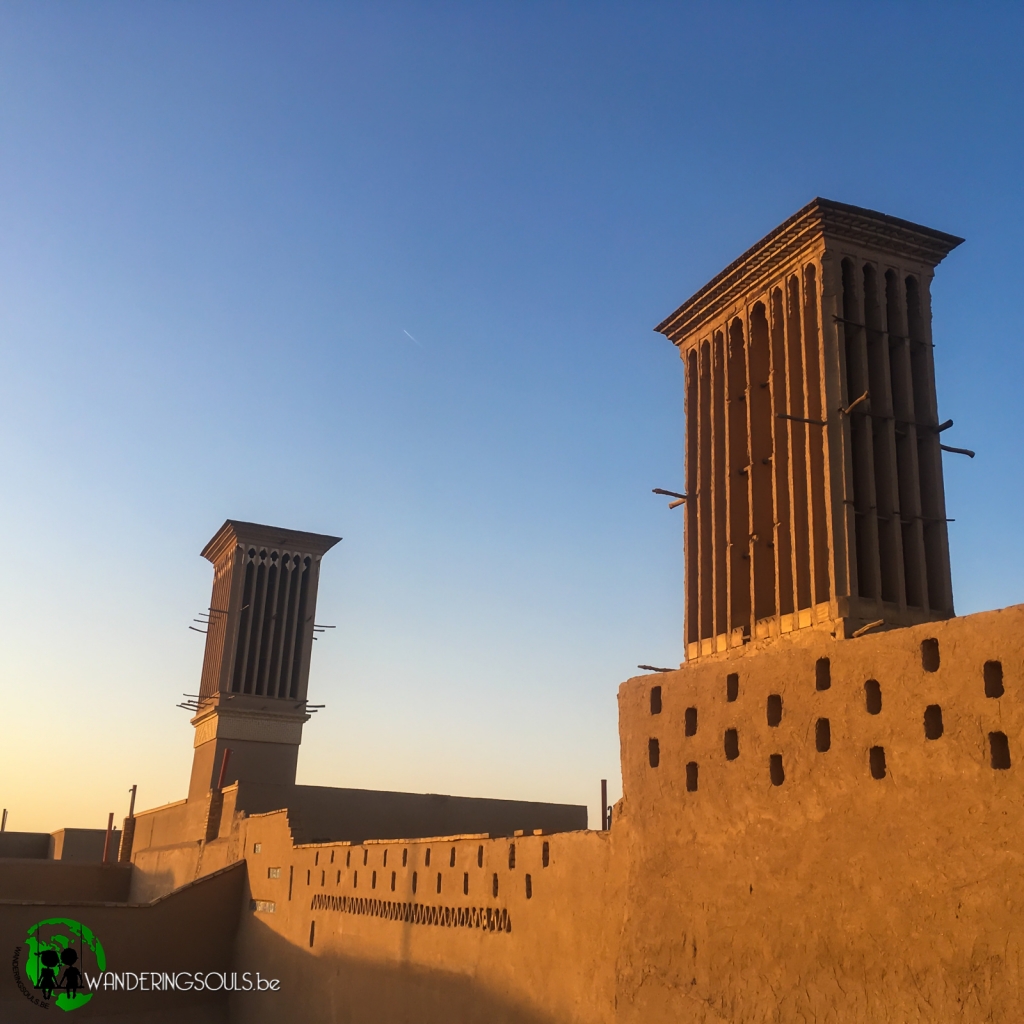 I got to the police station at 7.30am with all the right documents together with a bunch of Afghani’s who needed to get their residence permits renewed. After a while I could feel the tension rising, as the police really doesn’t like the Afghani’s and they get stressed by the whole situation. Since I was the only white guy, I got a vip treatment and before lunch I had another 30 days I could spend in Iran… Yipieeee!