I came to Turkey with an image already in my mind about how the country was going to look like, but I must admit that my image was totally wrong (or at least for the western part, but more about that later…).

The countryside in Turkey turns out to be almost as divers as in the United States, but far less exploited, so for us overlanders that is always a nice thing. For as long as we have been in Turkey, we have never had any difficulty whatsoever to wild camp with the van. We have had the pleasure to see beautiful beaches, mountains with a lot of different colours and lush green forests. 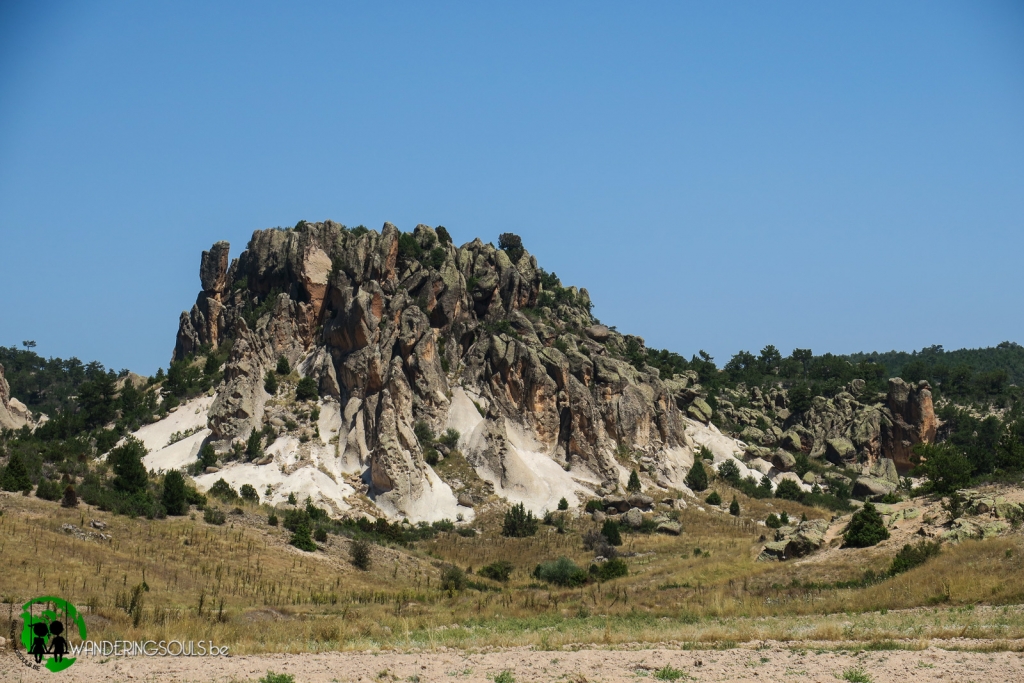 The roads and villages in Turkey are a lot more modern than I would have expected before coming here and you can see that the president is putting a lot of money in the road infrastructure, schools and mosques. You can also see on the other hand that the inhabitants of Turkey are still sometimes adjusting to this modernization because the lines on the roads and the red lights are mostly just decorative to them. The amount of people you see passing the red light without even slowing down is scary, but I must also say that we have only seen 1 traffic accident so far…

The country still is a big work in progress but you can see that everything they are doing is to improve the life of its people. 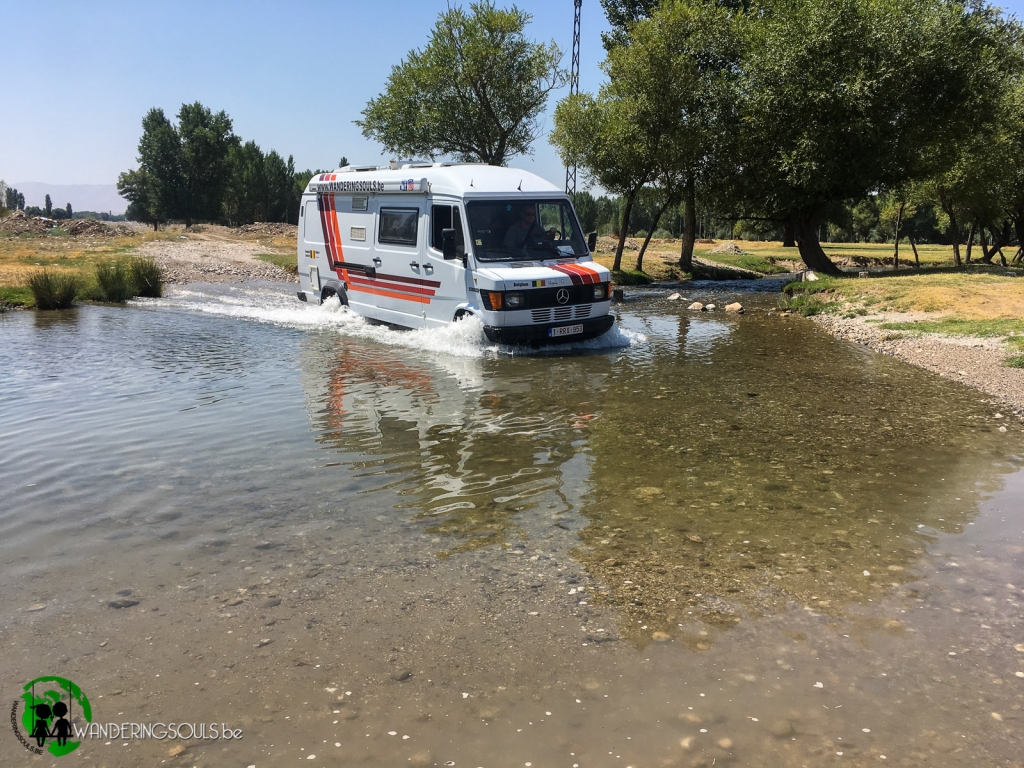 Remember the tapestry salesman that Seb talked about, well he told us that we should see the Ihlara valley before going to Capadocia because it was much nicer and it had way less tourists. The valley itself is 14 km one way and you can hike it almost all the way. We did a 17 km hike in the valley where we could visit old churches that were cut out into the face of the mountains. The valley itself is lined with trees and therefore much cooler than the surrounding dry flat lands. A lot of the old churches are accessible but it is a shame that they do not try to preserve them more because a lot of people just carve their names into the old frescoes that cover the mountain walls and ceiling.

In the end we went to Capadocia and it truly is a tourist destination even though they have a lot less tourists for the moment, you can still see it is big business over there. If you don’t want to pay the very high price to go up in a hot air balloon but still want a bit of the magic, you just have to show up at one of the starting points at 4 o’clock in the morning so you can follow the take off up close. It does give some sort of magical feeling to see hundreds of balloons rise in the morning sky while the sun is coming up. The scenery from the Ihlara valley was for me much nicer than Capadocia but the sight of all the balloons in the air does make up for the overcrowded feeling of the place. 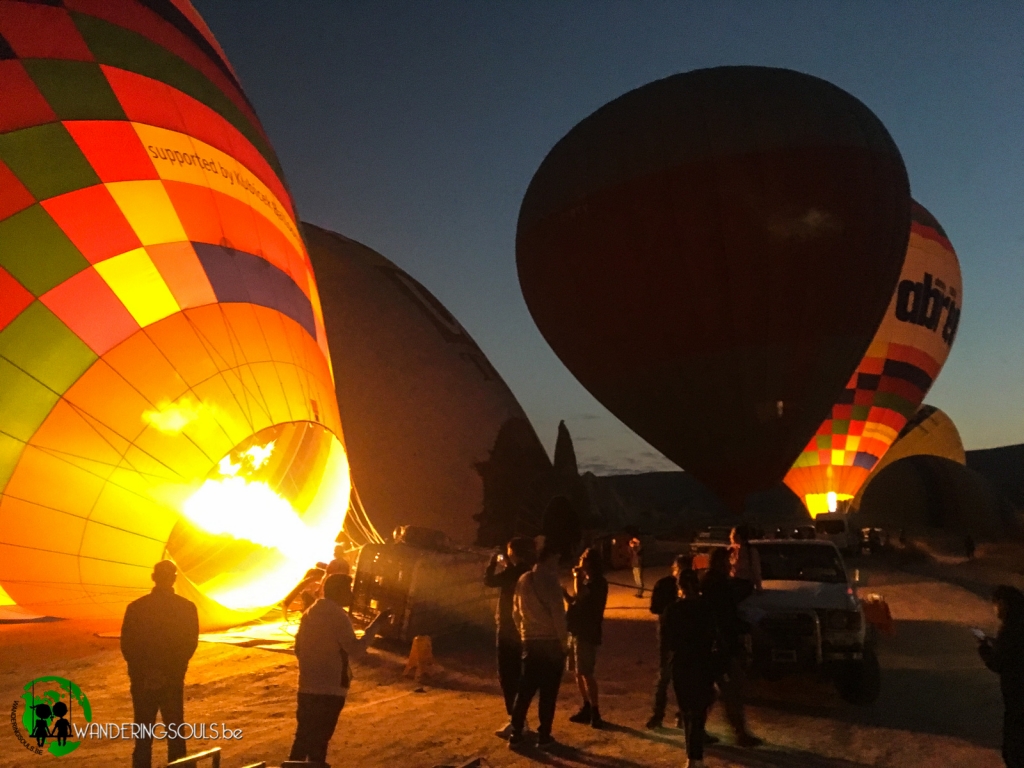 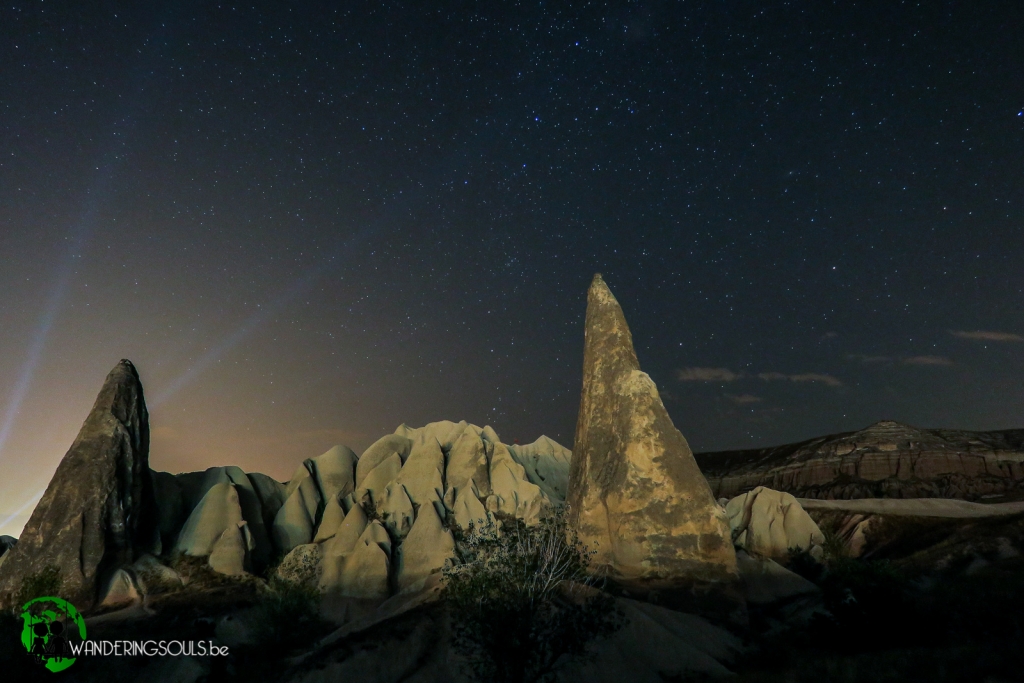 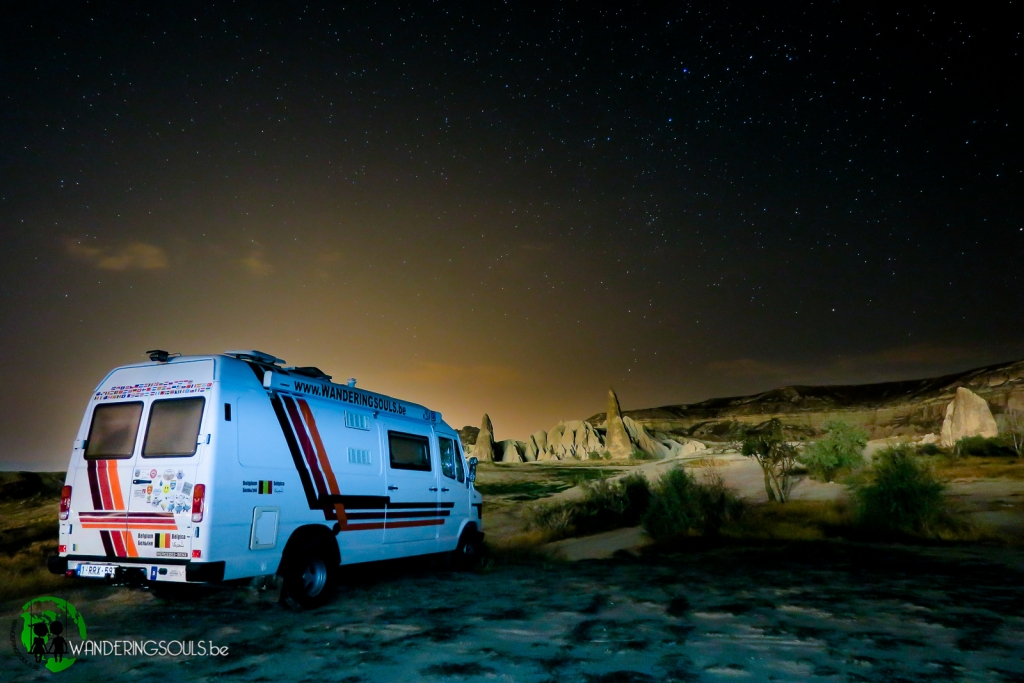 The closer we get to the east of the country, the poorer the region gets. Although you can see that they are still improving the road network and that they still invest a lot in schools and mosques, but the overall state of the houses and its surroundings is a lot less appealing in the east than in the west.

In the end, so far, Turkey has been able to surprise me in a very positive way and due to its richness in culture and nature; it deserves to be a hot tourist destination! 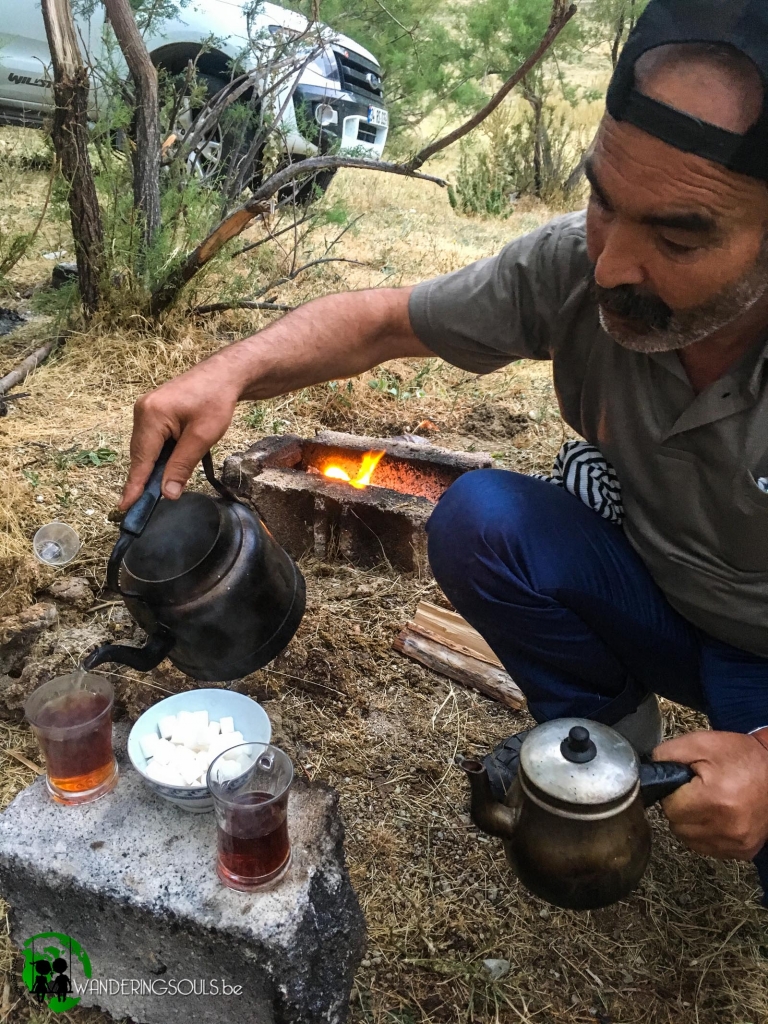 We met Kadir at one of the spots we camped. He is from Istanbul and only speaks Turkish, but still we spent a couple of hours “talking” about a lot of things and had his tea, over and over again. 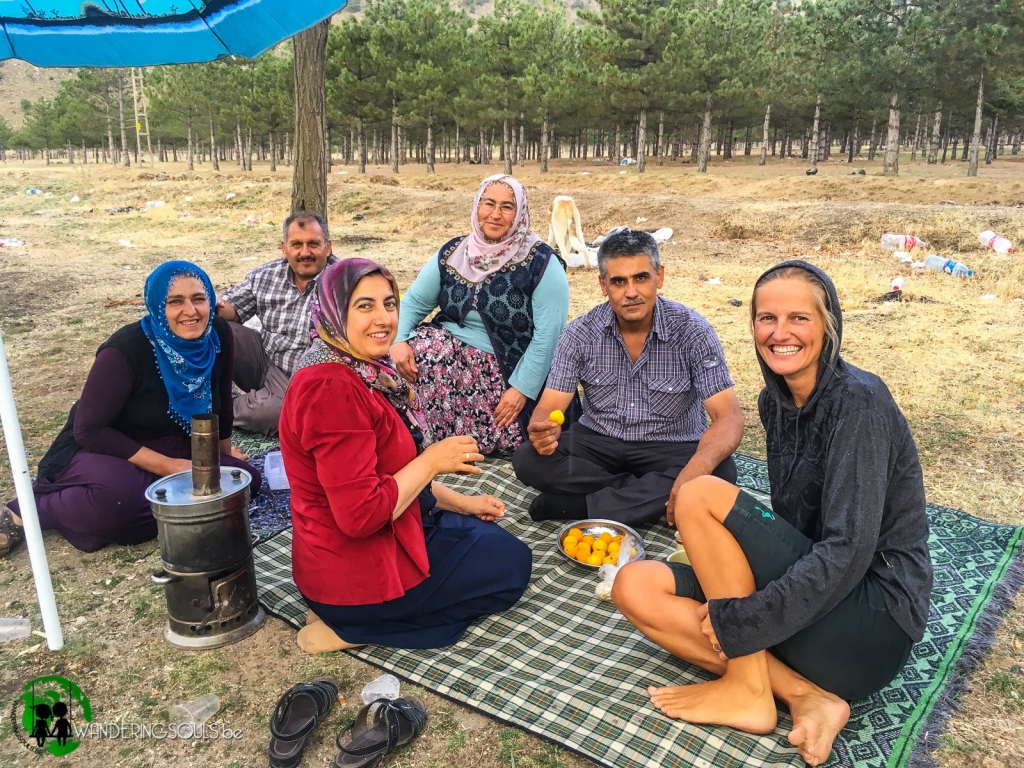 They live in Germany and were on holiday in Turkey. It was very nice and interesting talking to them, as they were more afraid of Turkey than we are… 😉 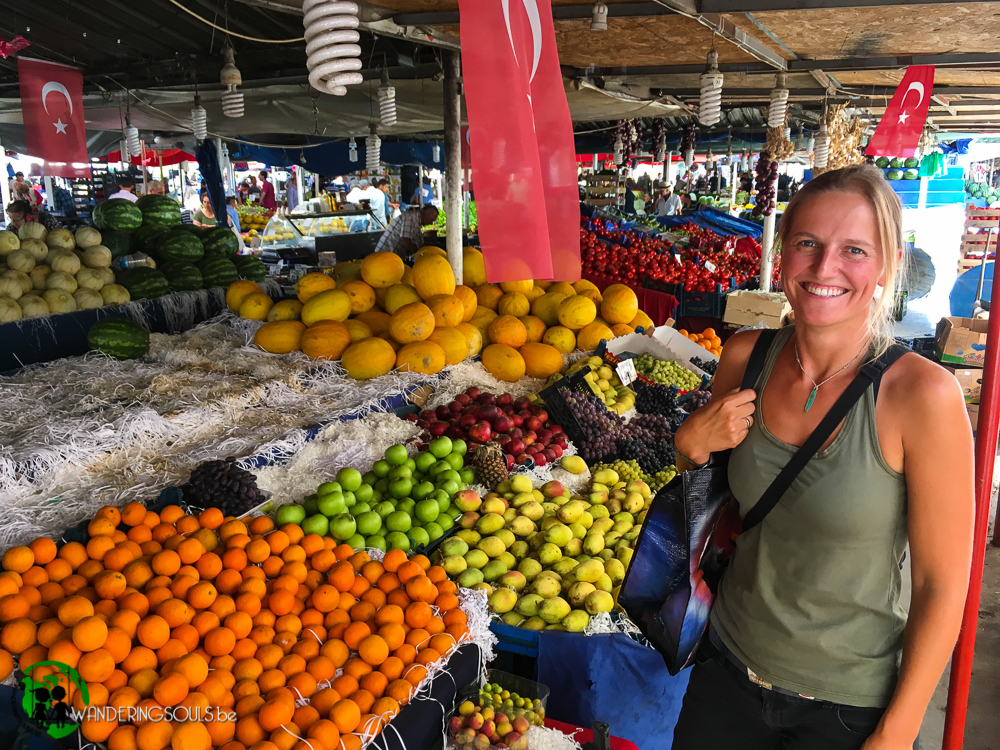