After one hell of an off road adventure for our two street bikes with low ground clearance, we reached a small place near the ocean where we could camp for the night. The nice lady had a few rooms for rent, but they were a bit too expensive for us, so we all decided to pitch up the tent in her ‘backyard’ and relax at the ocean. 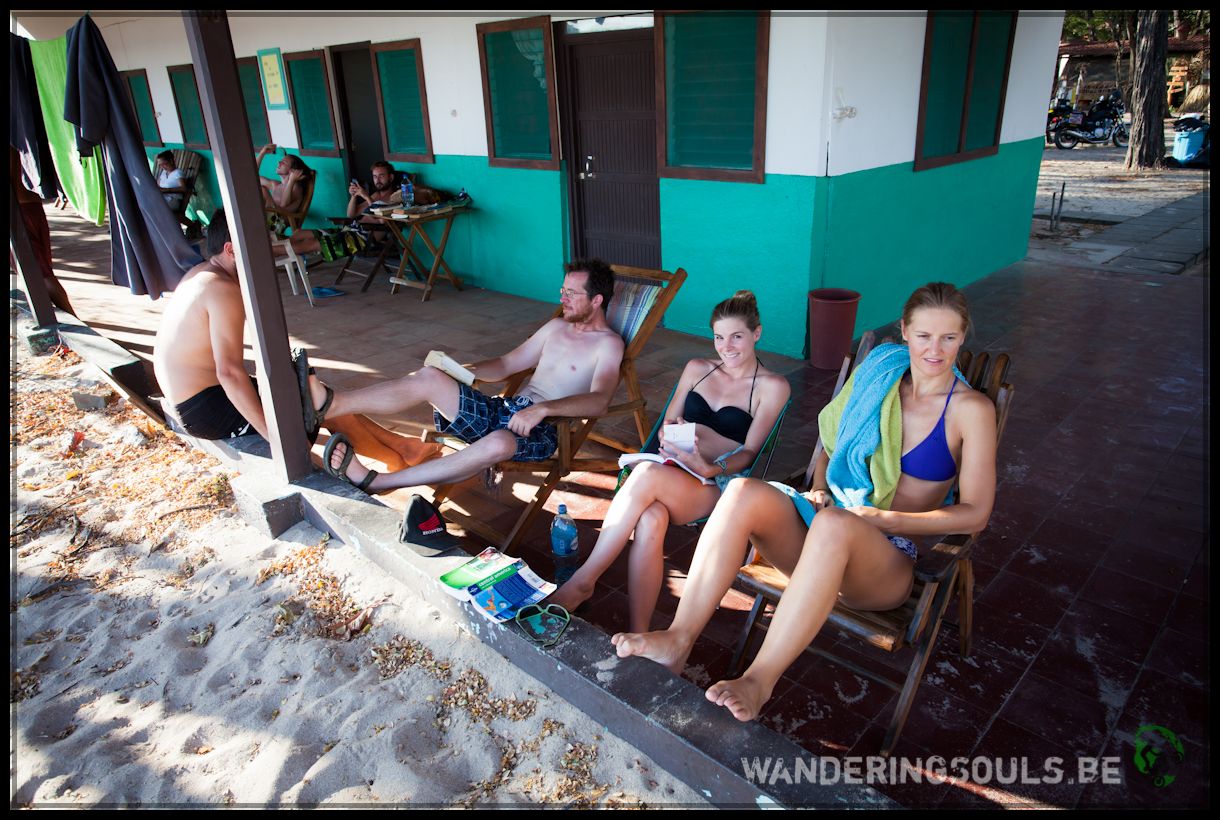 I think it was actually the first time that we put up the tent without throwing the outer tent over it, but since it was so hot and it didn’t look like it would rain at all, it was a wise decision! The ocean was really rough but that didn’t keep us from going in and feeling like a child again, trying to wrestle with the waves. Kim also had to wrestle with her bikini top and bottom all the time because the ocean seemed real eager to take it away half the time… 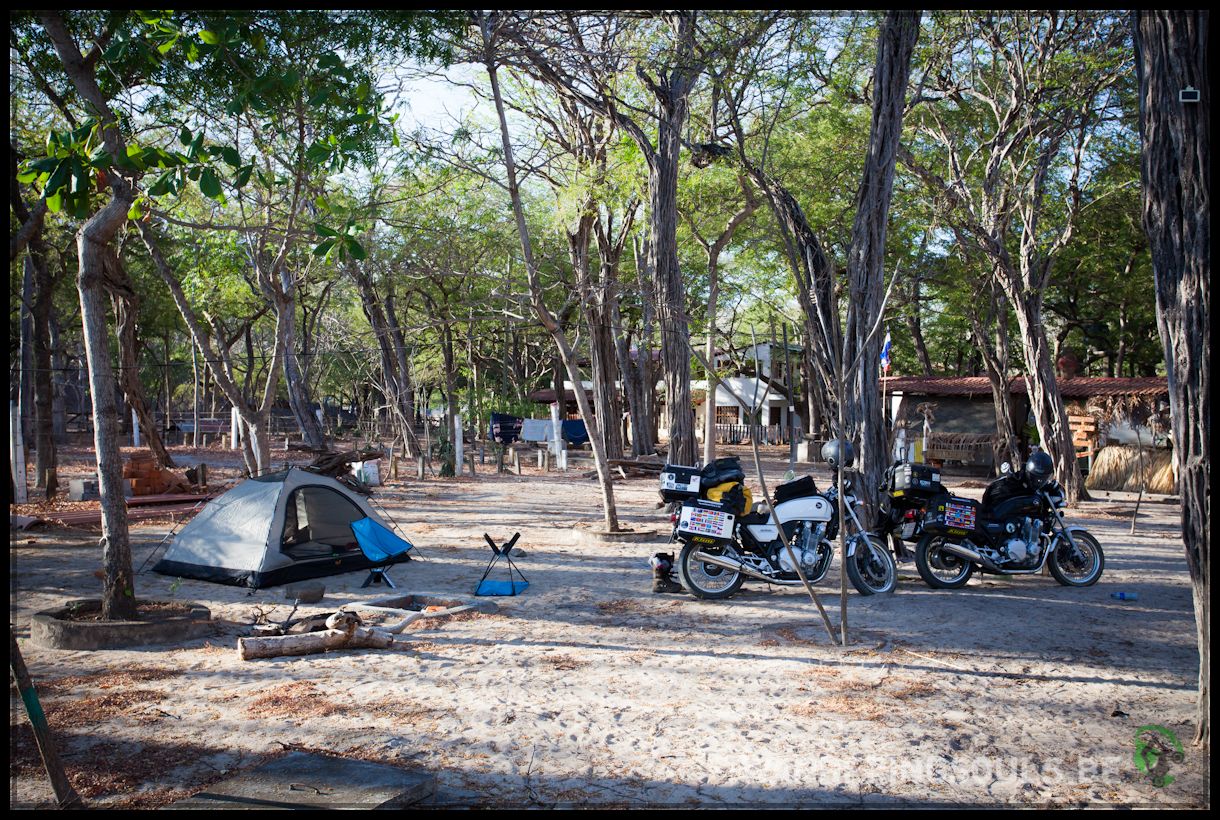 Our neighbors were watching our every move and the next morning one of the other guests who had slept in a hammock didn’t find his red shorts anymore and asked us if we had seen a monkey running by with red shorts on! 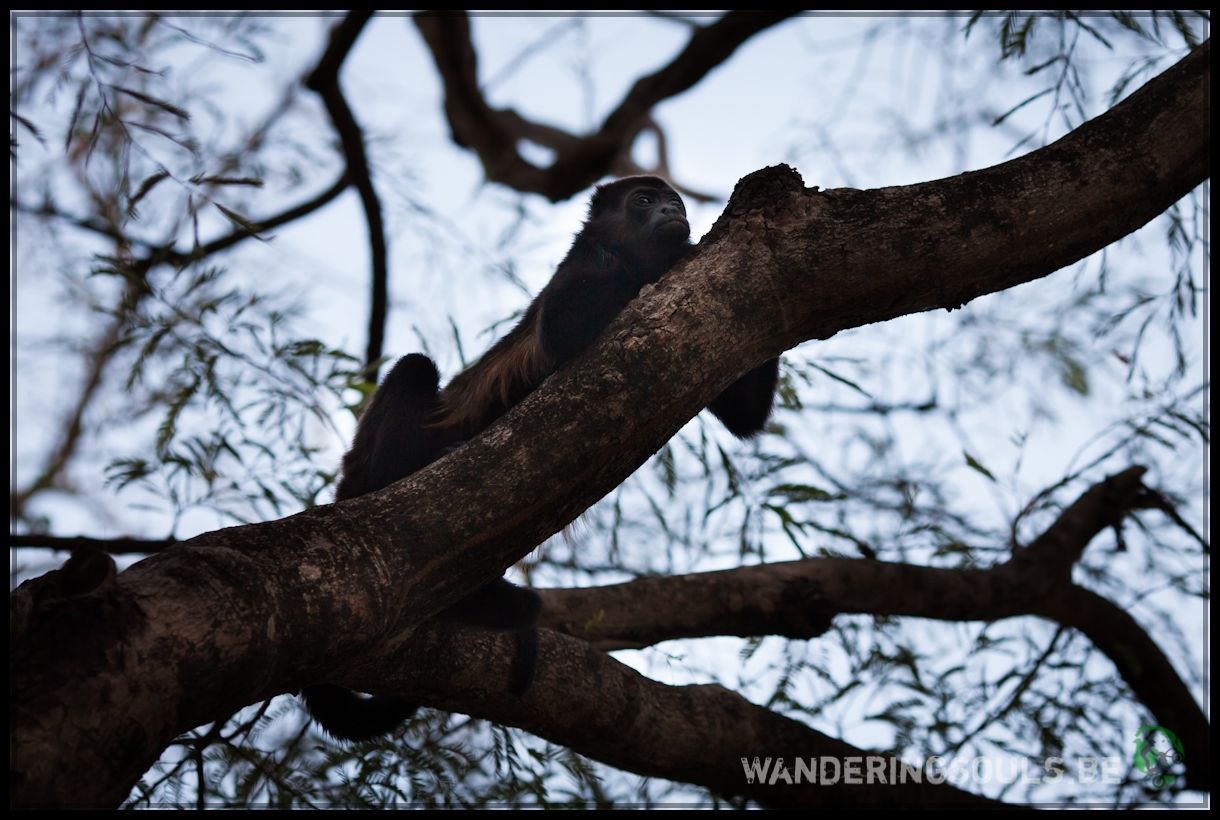 How magical the ocean can look near sunset, no matter where you are around the world, this always makes an ocean feel and look like a magical place! 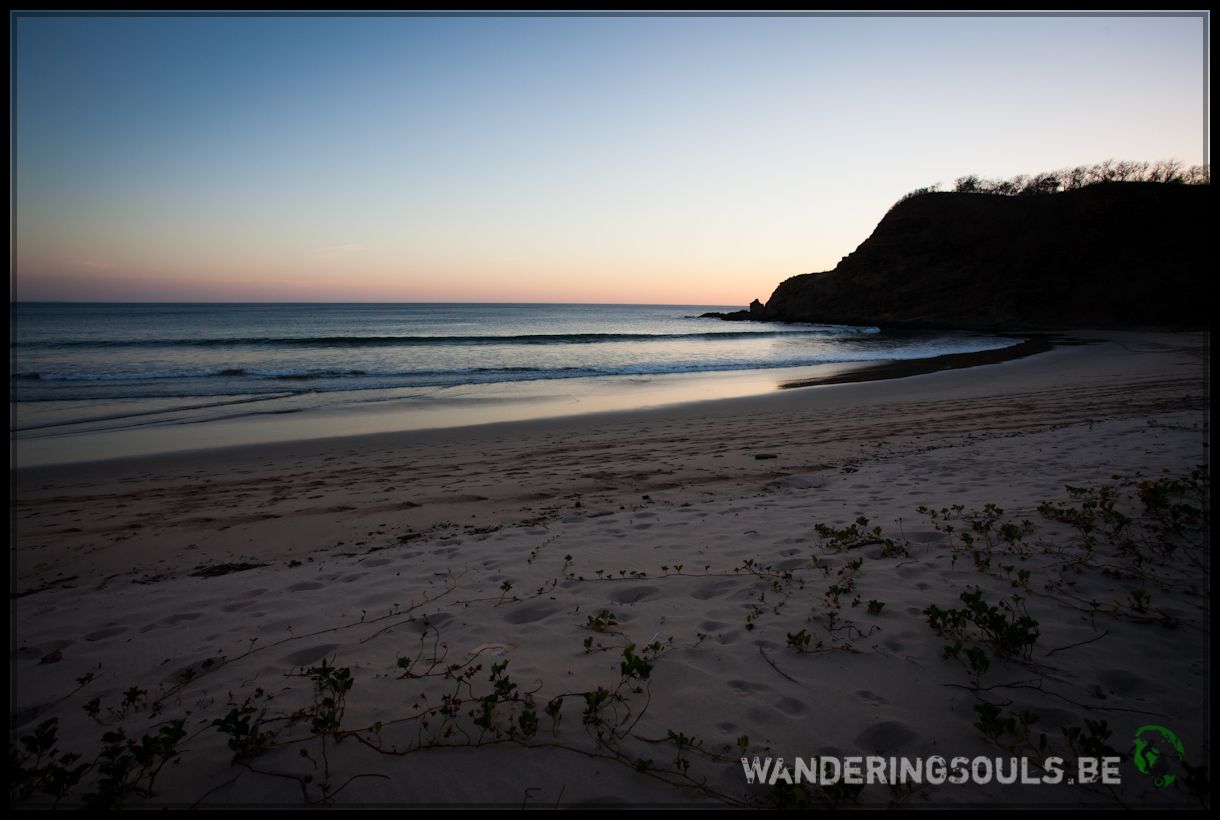 There was one local ‘restaurant’ near our campsite and we had been told that the food was good but that you had to wait really long before you got it! In the end we had to wait for one hour before we got our food, but because the company was good and the view was amazing we couldn’t complain! 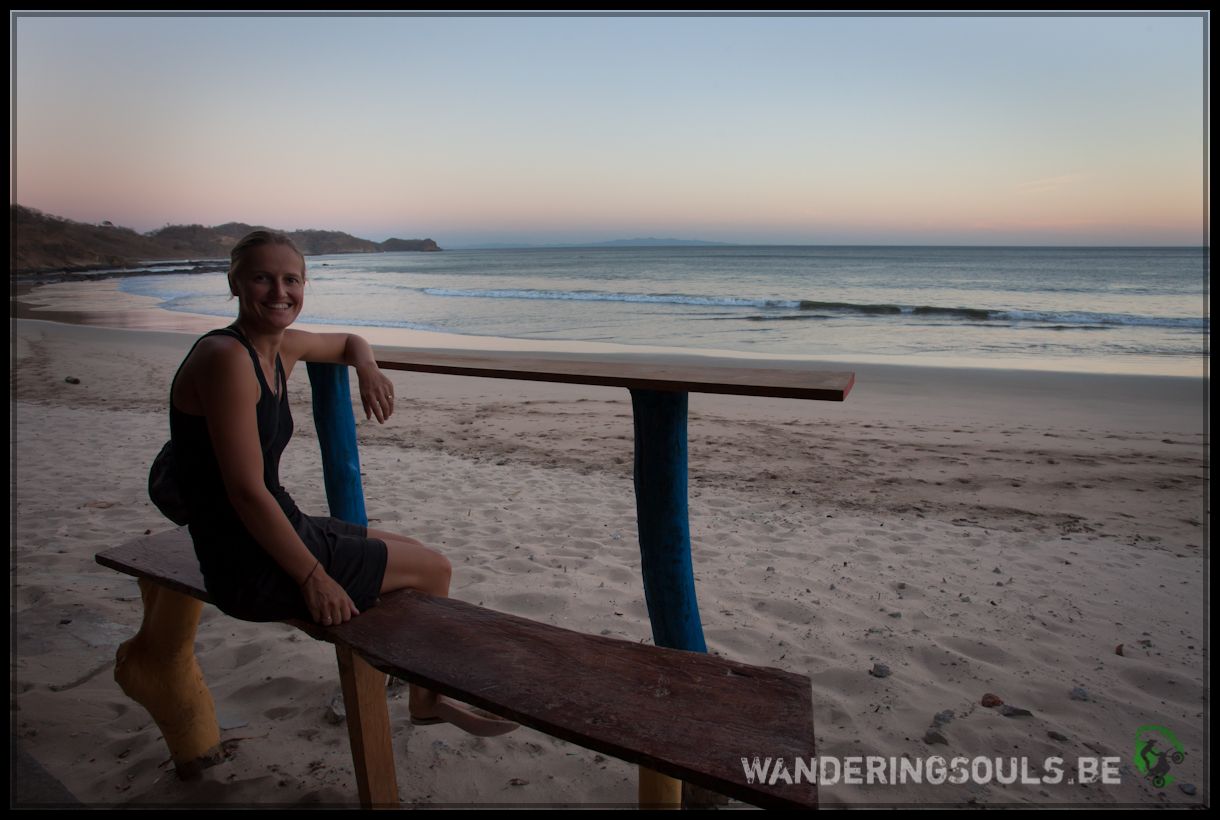 At night we decided to make our own campfire in a small pit that was full of leaves and it created a huge smoke that was constantly blowing in our eyes. After the smoke had cleared we had a nice chat around the fire and we were enjoying our last moments as a group because in the morning we would say goodbye to Roel and Azure since they wanted to stay a bit longer in Nicaragua and David and us would continue towards the Costa Rican border. 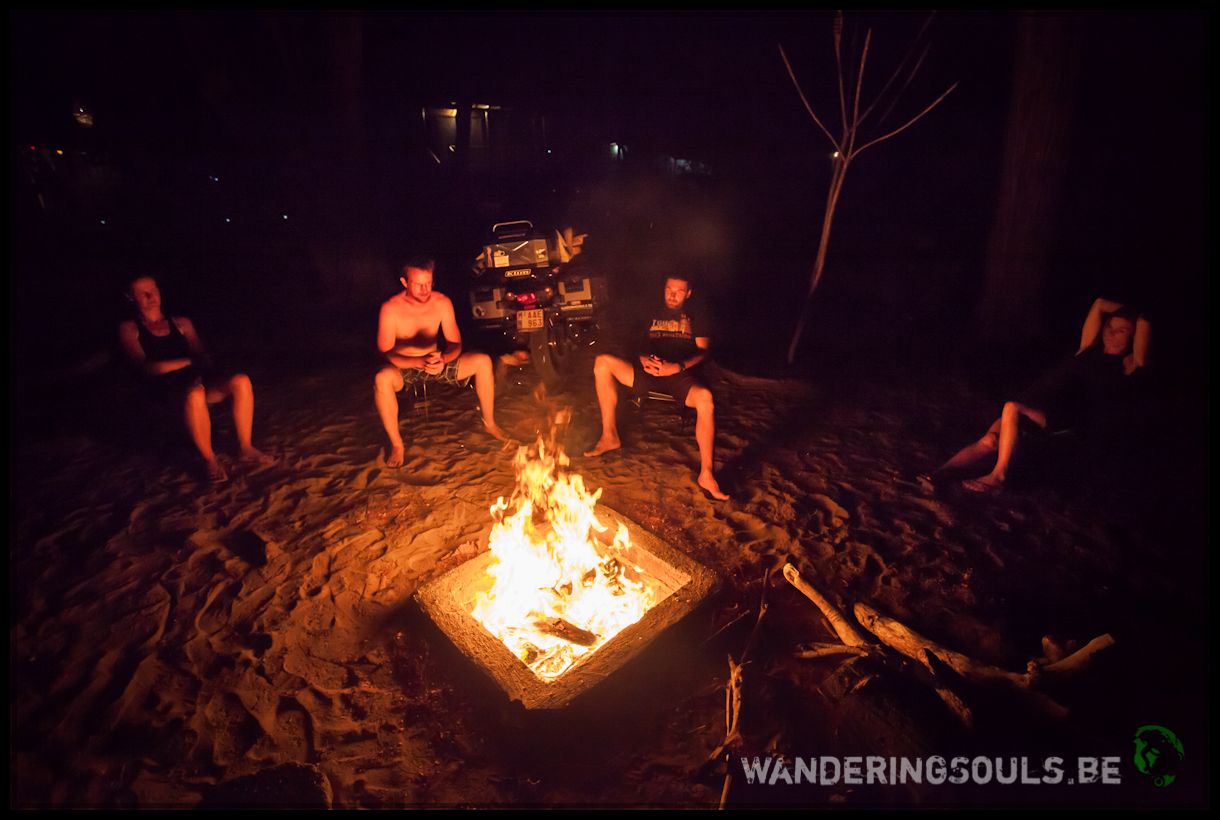 After breaking up camp and packing everything away, we said goodbye to Roel and Azure and off we went together with David towards the border, but first we had to stop to take a picture of this funky looking tree. 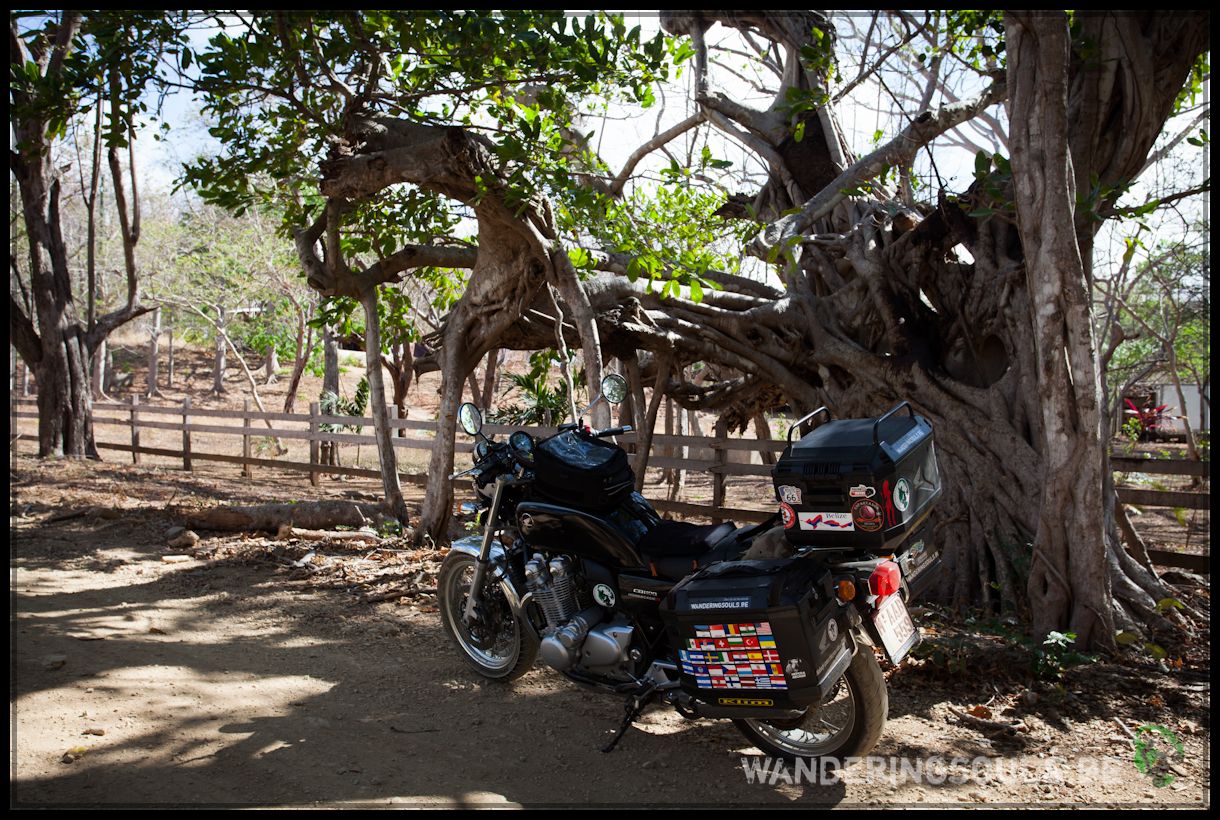 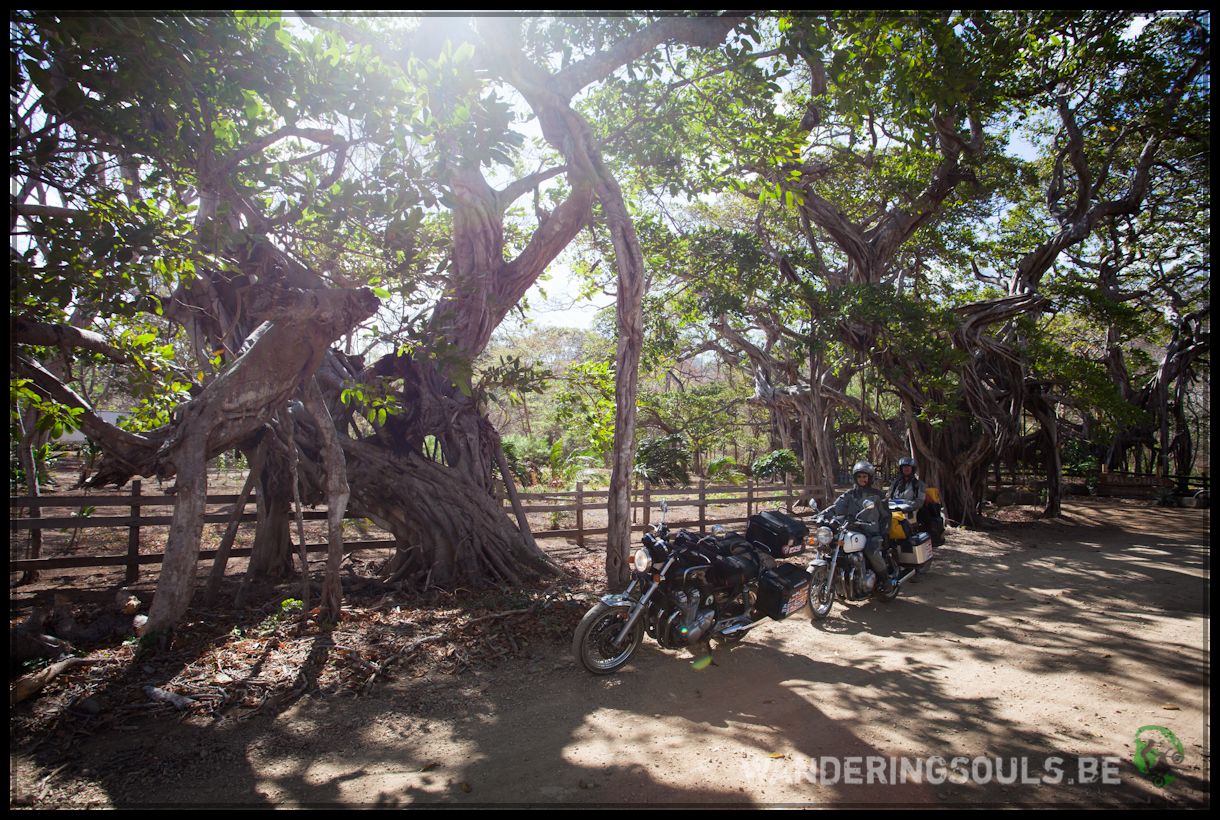 On the way to the border, we had a feeling something was wrong with these windmills and when we came closer, we could see that a few of them apparently didn’t handle the strong winds very well. Imagine one of these landing in your backyard! 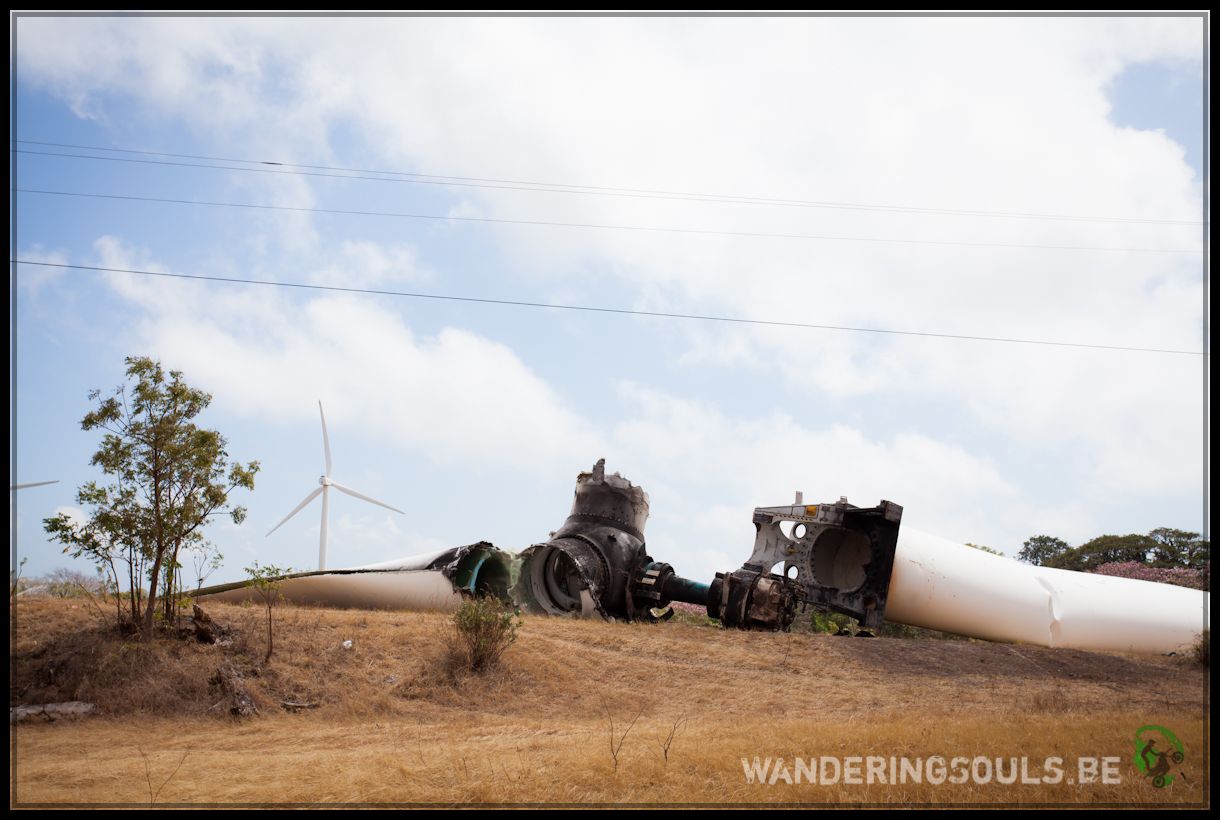 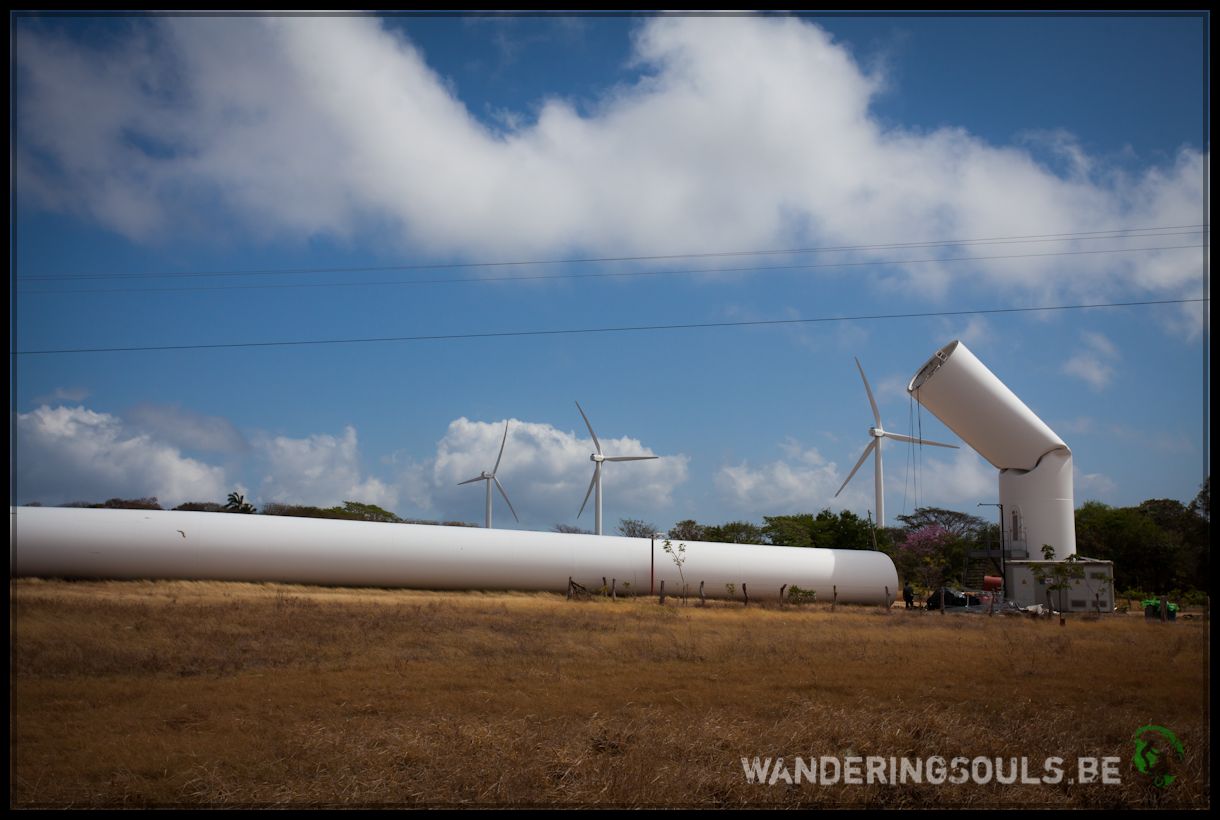 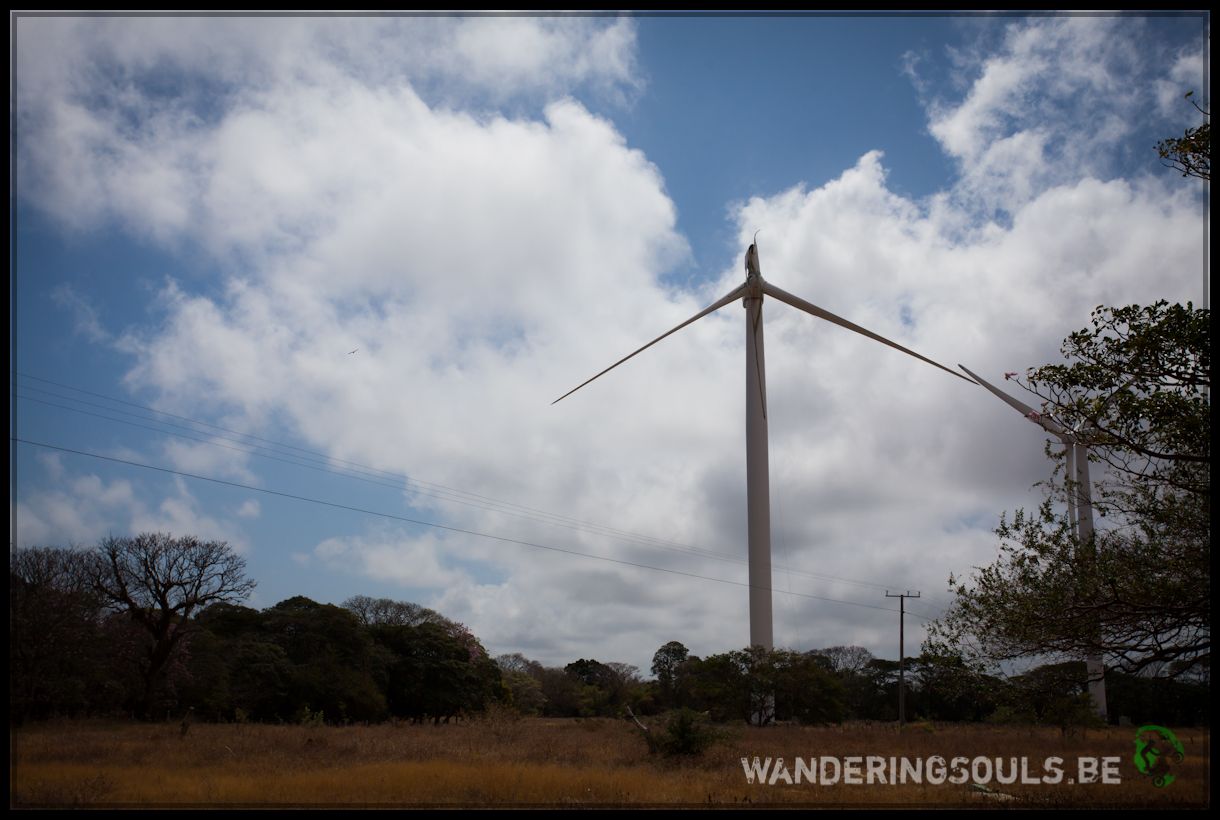 The border crossing was a pain in the butt because you had to go from one place to the next. When we wanted to leave Nicaragua, this was actually the first border where we had to open up all the cases and let the guards go through them one by one. We were actually very lucky because they didn’t find the presents we had gotten from Geert from the Via Via hotel in Honduras: a machete and a can of pepper spray! We don’t know if it isn’t allowed to have these but it’s better that they don’t find it so you don’t have to explain why you have them. 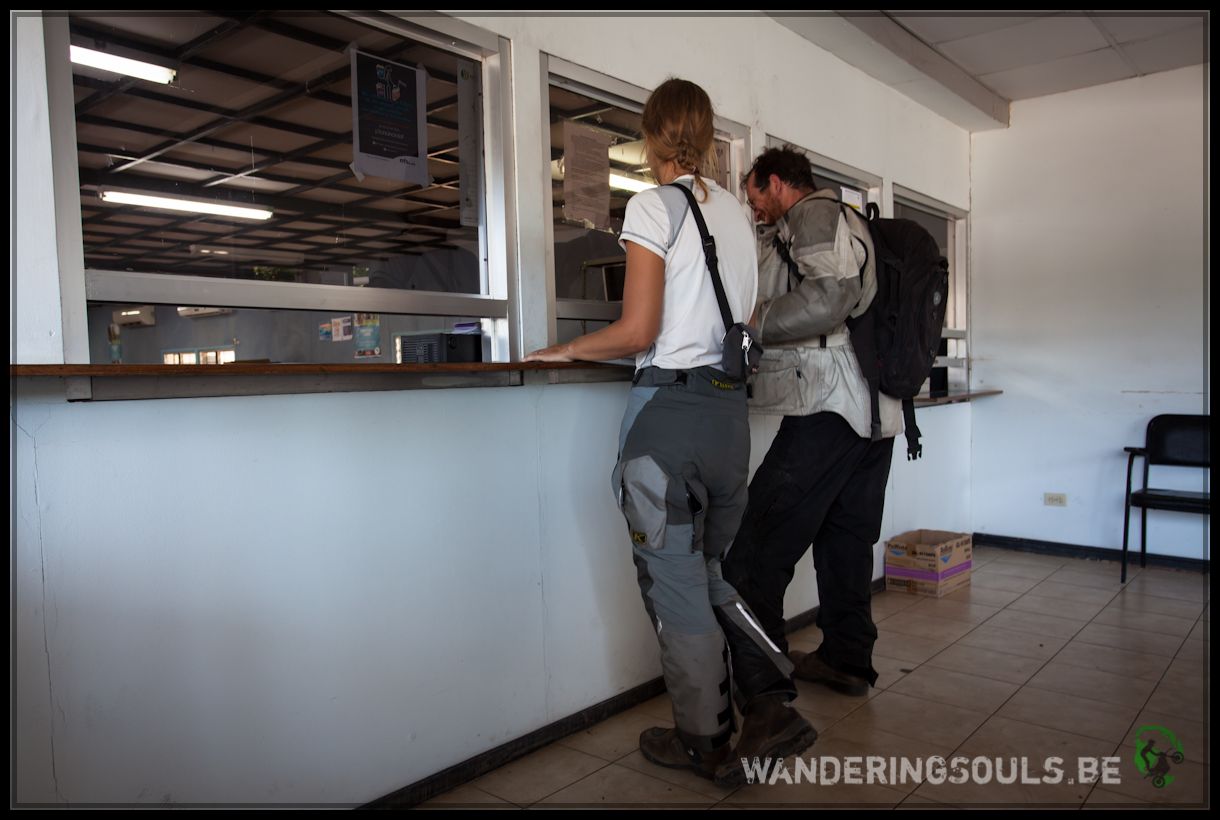 At the border we saw another biker trying to cross on his cool looking bike. He was the type of surfer backpacker guy that decided to grab a bike and head on down the road with it while adding all the other things he loved on the bike. 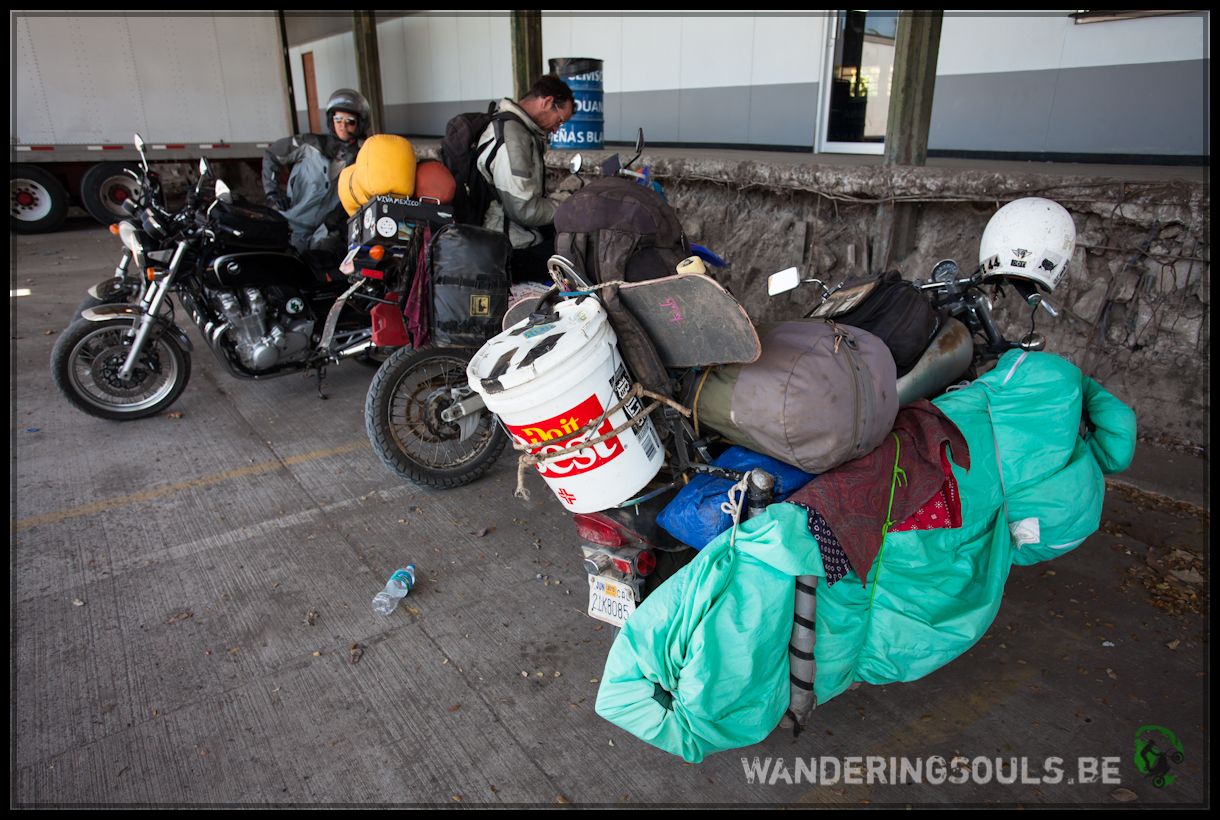 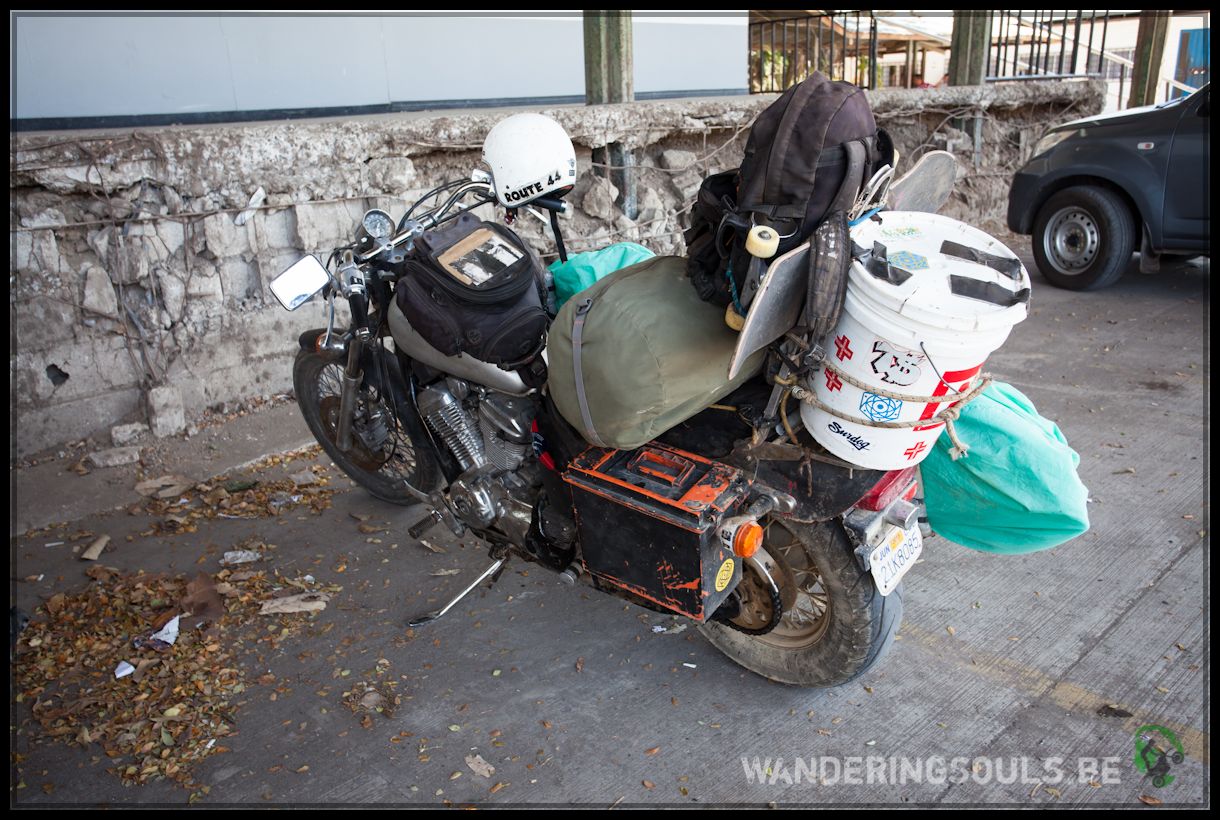 After getting stamped into Costa Rica, we decided to grab a bite to eat before we would part ways with David and we each would go our separate ways. After hitting the road again, Kim felt a stomach pain coming up so we had to make an emergency toilet stop along the way and Seb was nice enough to capture this moment… 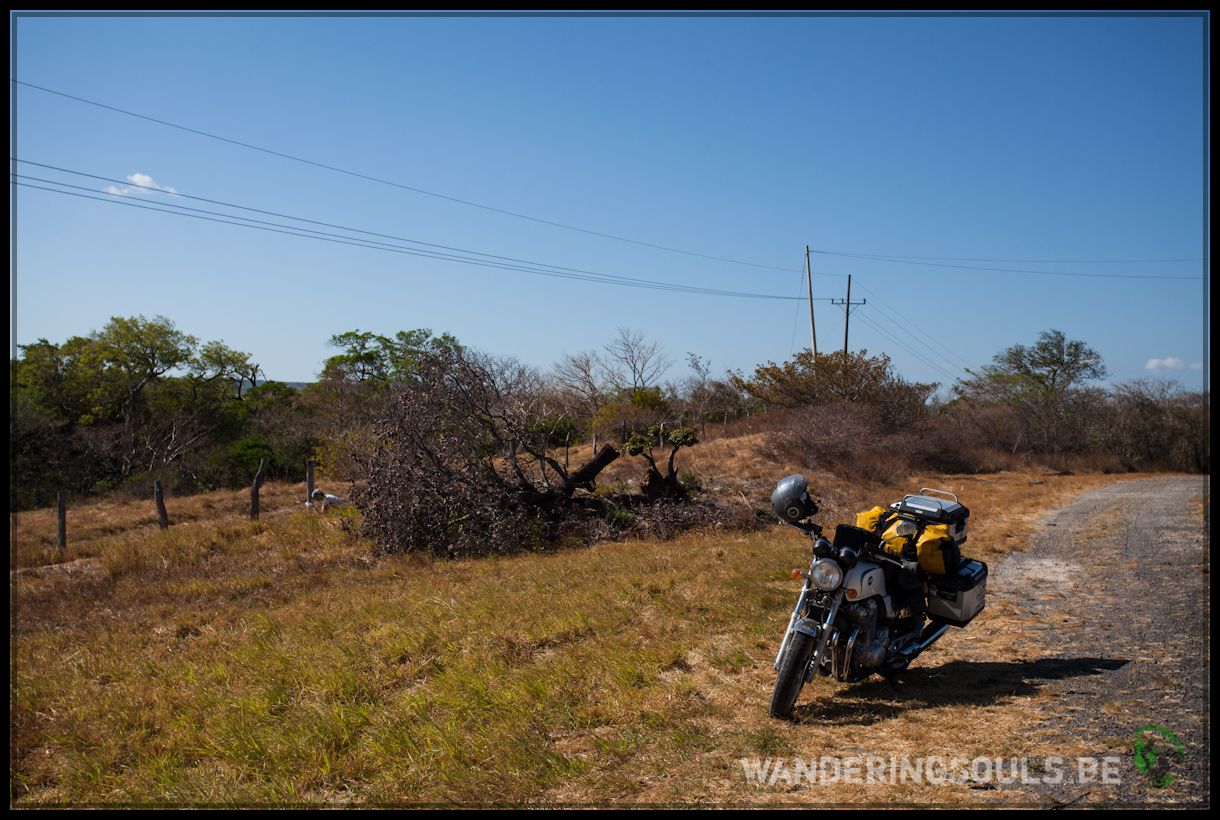 The nice black sandy beaches of Costa Rica where you can still enjoy some quiet secluded time to yourself without tripping over a bunch of tourists along the way. 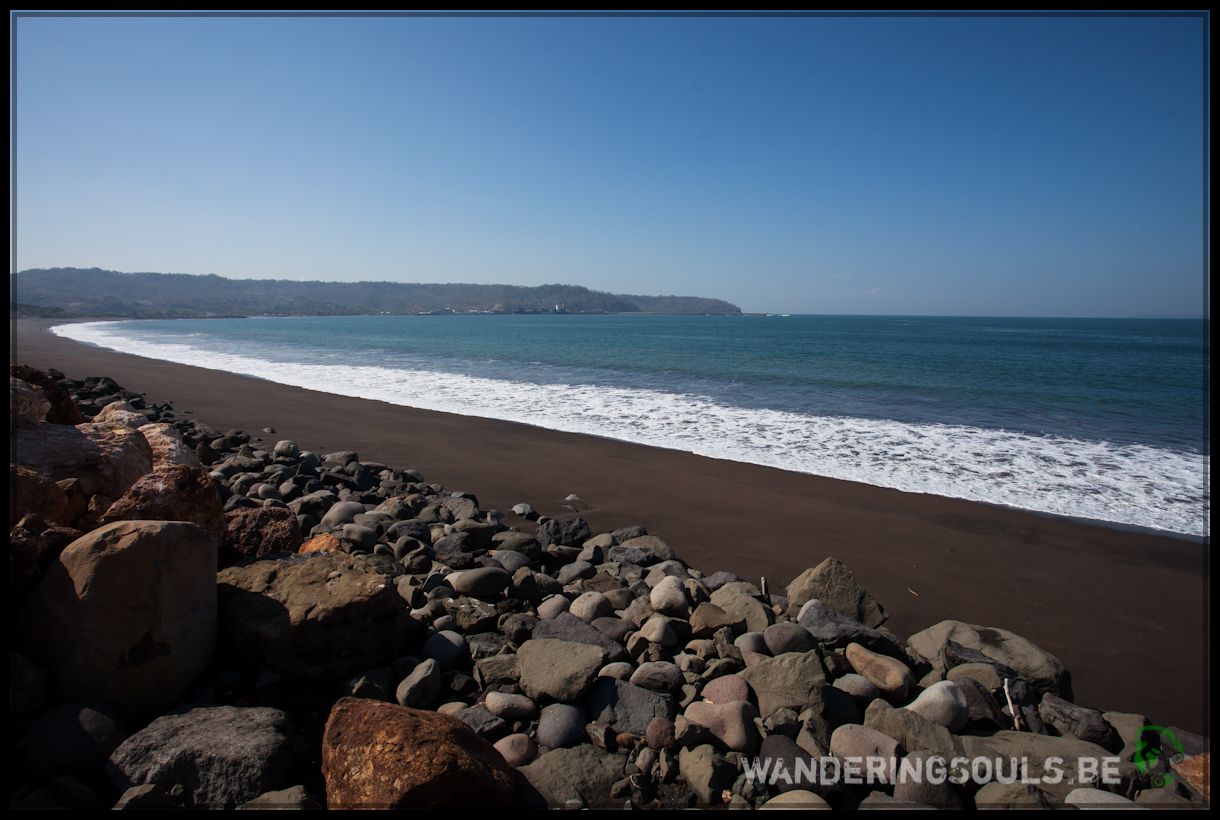 Kim trying to figure out where we are going, and no that isn’t the right direction she is pointing in. 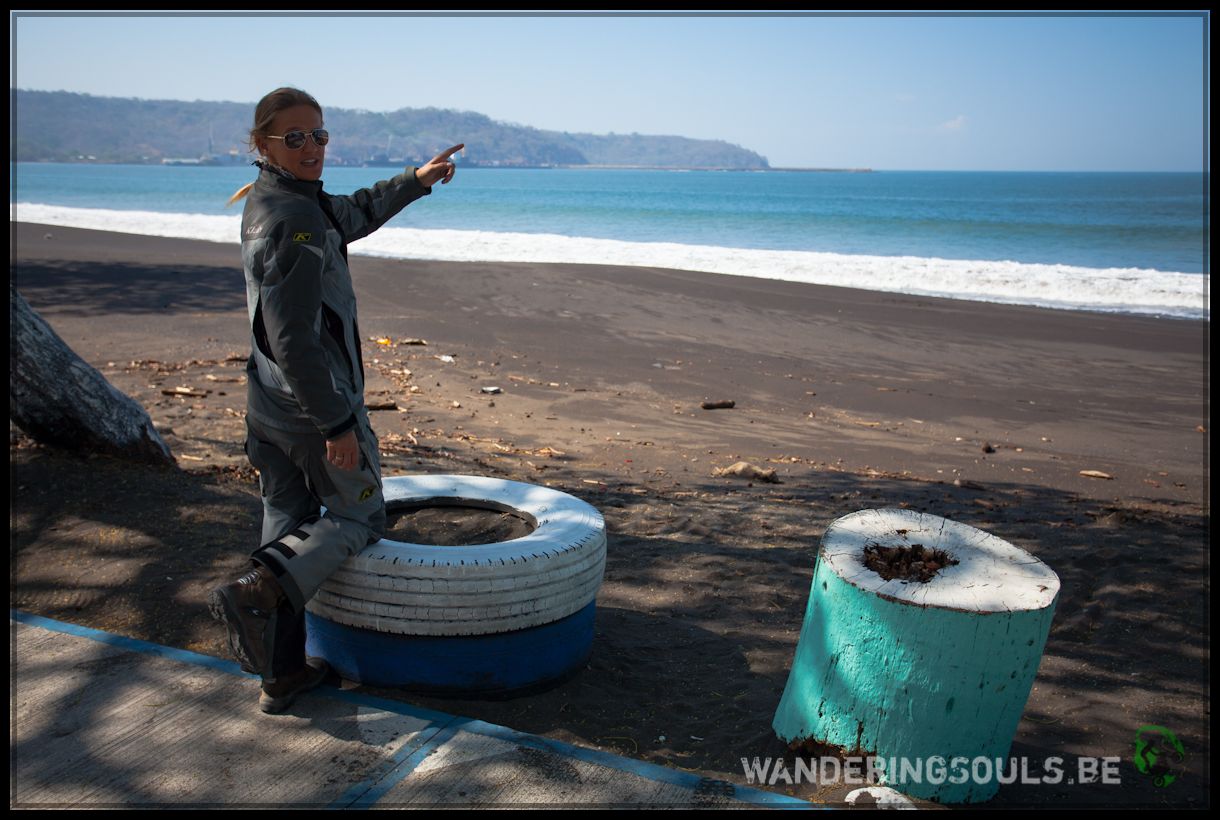 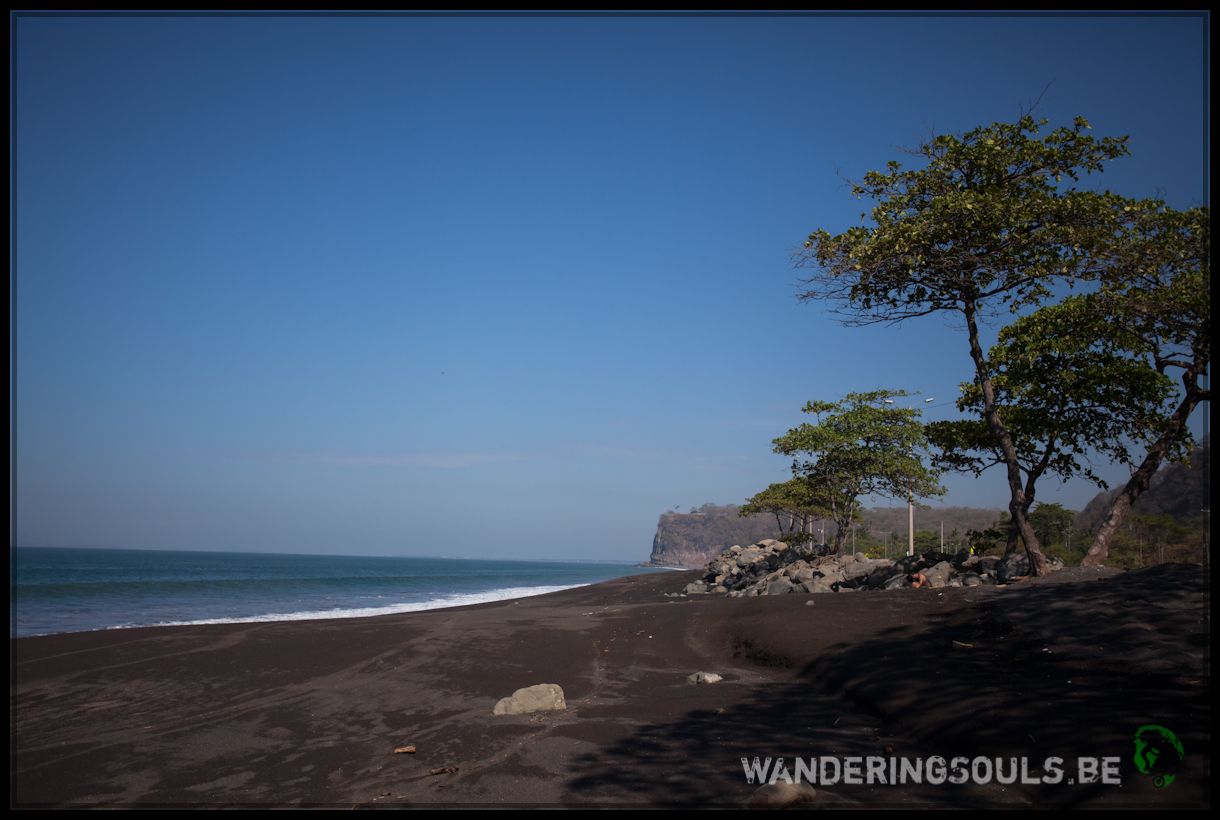 Enjoying the sweet salty smell of the ocean before heading off to some new horizons once more! 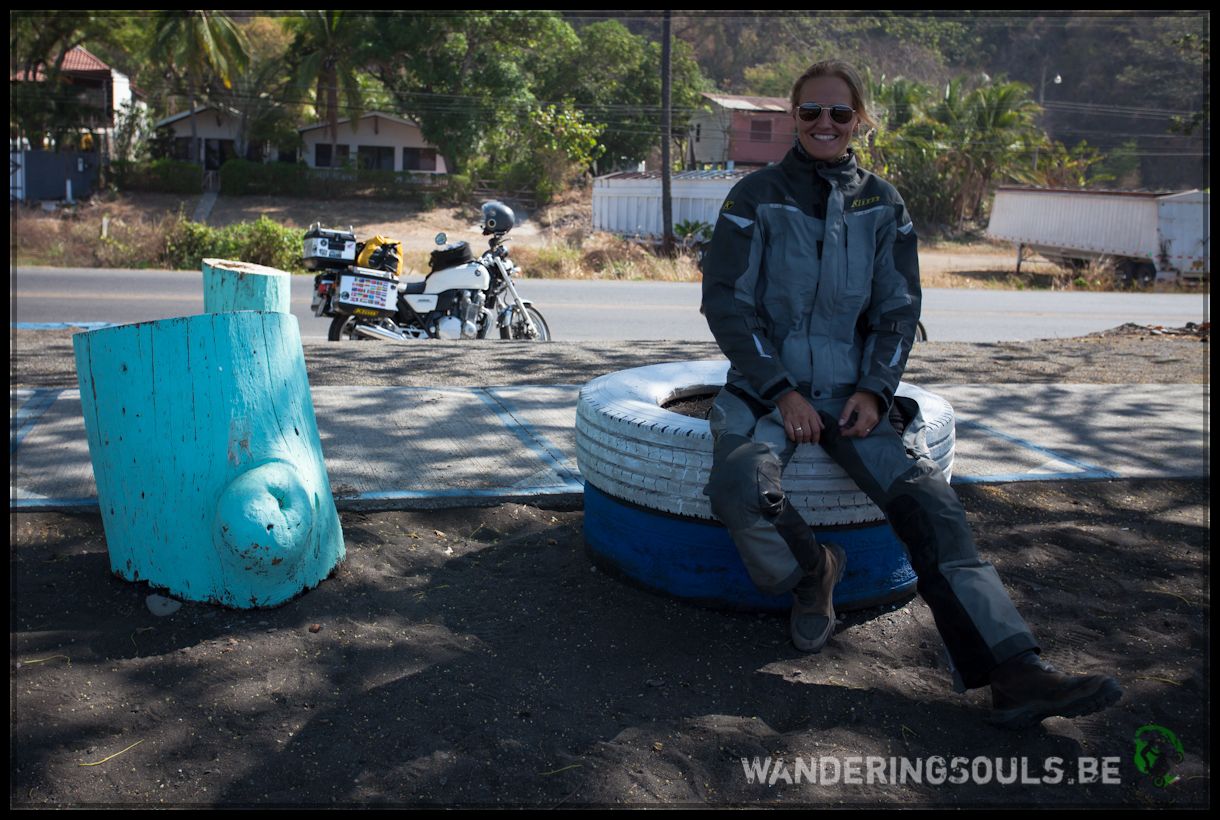