Yesterday evening we had some street food that was prepared in front of us, like the locals eat. Basically we’ve only been eating stuff like that untill now, it’s cheap and good so why go to tourist places? 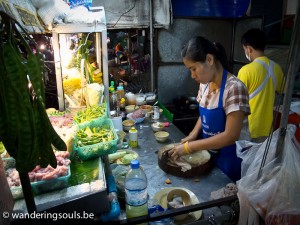 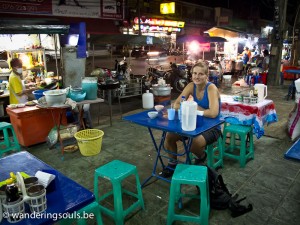 Ok, so this time we made sure that we would get up in time, so Seb put on his alarm.

When we woke up, Seb saw that he was covered in mosqito bites on both of his legs. He counted them and it turned out to be 56 of them!

We went to the rental place straight away and rented out a small Honda for the two of us and we set off to discover the rest of Phuket. They have special lines at the gas station for the bikes to fill up, it’s a coming and going of bikes all day long! 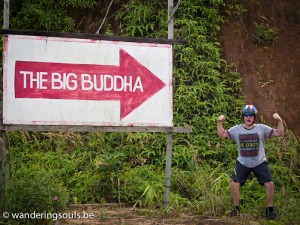 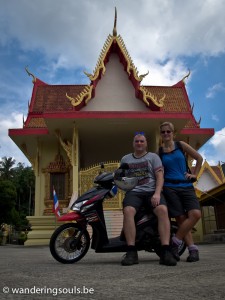 We first drove to a nice waterfall where we had to climb a lot of steps to get to it. The first half of the steps were normal, but near the end it reminded us of a walk we did in Australia… walking through the trees and climbing over fallen ones. 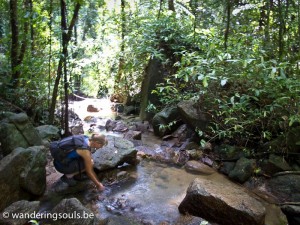 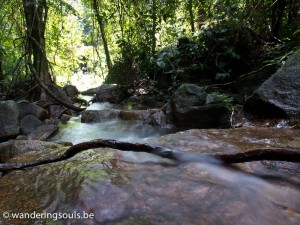 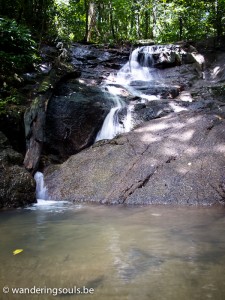 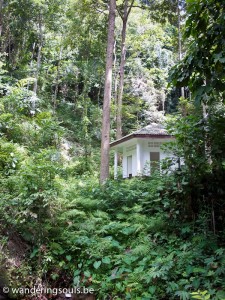 On the way back from the waterfall, I had a go on the bike, with Seb behind me. It was fun, but lets face it, Seb is a bit heavier than 46 kg and I had some trouble in the hills. I will drive my own bike for at least one day once we are in Chiang Mai.

We went to see a lot af amazing temples (they are all called ‘Wat’) and on the way to our wonderful sunset, Seb was able to scare the locals with his quick and zig zagging driving… 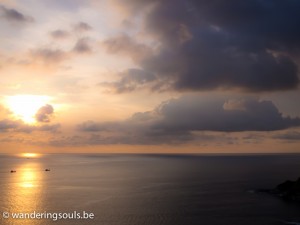 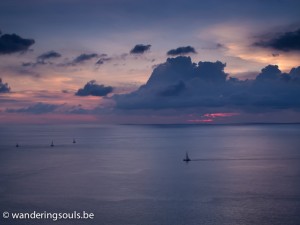 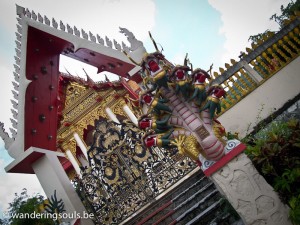 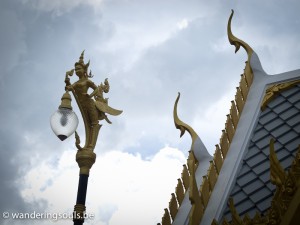 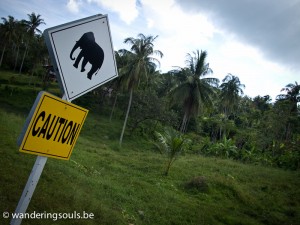 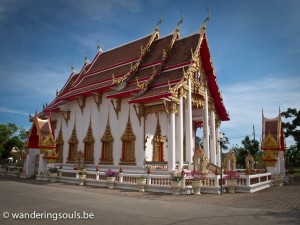 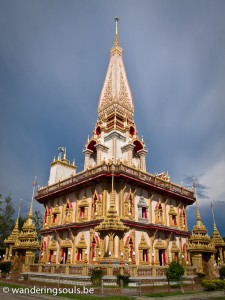 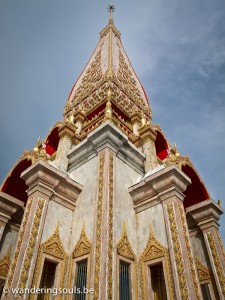 We went to a local market where we found some super good sushi for 6 bath a piece (divide through 38 to have the price in euro) and saw some worms and grashoppers (and yes we went for the sushi!!!). 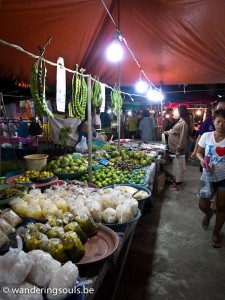 By the way, we found all the tourists! They are all on the beach and concentrated on a few square miles; it’s the horror, believe us! All of a sudden there are McDonalds’, KFC’s, Starbucks Coffee places and a lot, lot of bars, tourist shops and some more bars…