It has been a few days, so don’t shoot me if this post is a bit long….!

We left Pai at the creek of dawn…ahum (so in our language around 9:30) to head to Mae Hong Son. The Dutch guy from our eco lodge told us that we definitely had to go to the Tham Lot caves even if it was a detour of 16 kms. At one of our stops we saw another PCX scooter, but the newer version so we went to check it out. The guy who was driving the scooter and his friend (two English guys) were very nice. We had a chat and recommended the caves to them and ended up going there together. When I wanted to go back to the scooter I saw that there was a lot of blood on my leg, so I started looking at how it could have come there. It turned out that there were some real nasty small fly type  buggers that were biting me! Can you imagine, biting ME when Seb (the bug magnet) was standing right next to me… Oh well, it turned out that they bit me about 20 times all over my legs and it bled a bit, but at least it didn’t hurt. 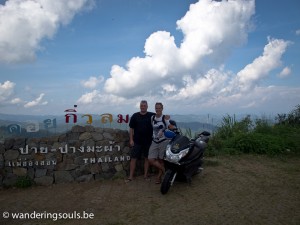 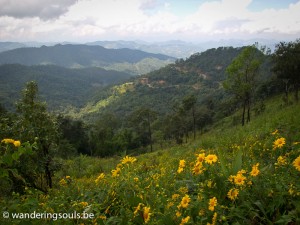 You had to do the caves on an authentic raft with a guide (who had a gas lantern) because in contradiction to Belgium, there was no artificial light in the cave. Our guide turned out to be a 70 year old lady who had a cough that would make a chain smoker jealous! You know the one where they cough and cough up stuff that sounds slippery and wet… She did actually  give a nice tour and was nice enough to stop every time Seb wanted to take some pictures. 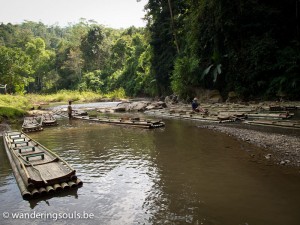 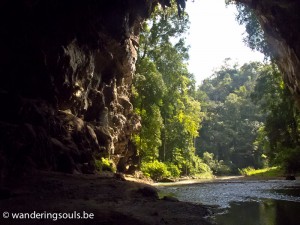 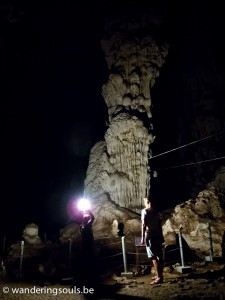 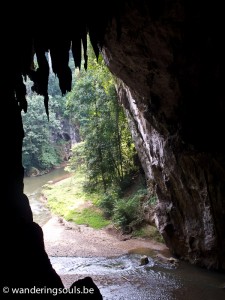 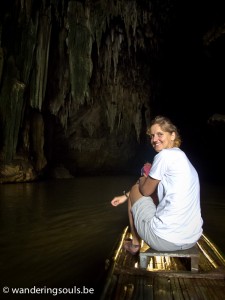 In Mae Hong Son we walked around a bit across the local night market (yes they have them in every town!) which was located around a lake with a very beautifully lit temple. 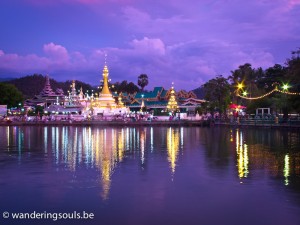 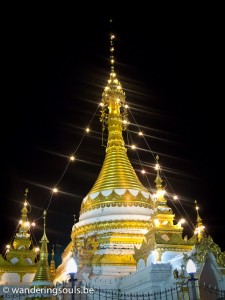 The next day we headed back for a very long tour to Chiang Mai so we could start our other loop the day afterwards. On the way there we passed a few check points. Most of them are totally abandoned, and if there are police there, they just sit around doing nothing or they just wave at us when we pass by! We just want to get stopped once to know what the check point is for! We did a bit of off road (specifically forbidden by the rental company but hey, it’s us right!) and Seb liked it very much (I ‘had an egg in my pants’ as they say in Belgium!). 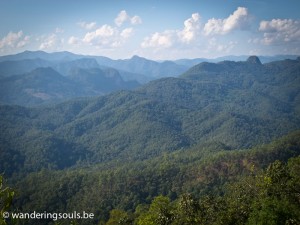 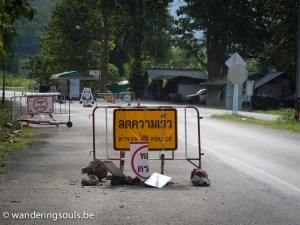 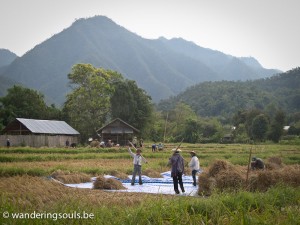 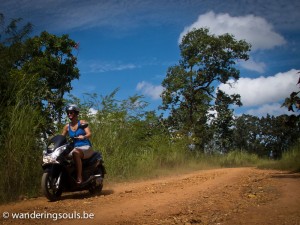 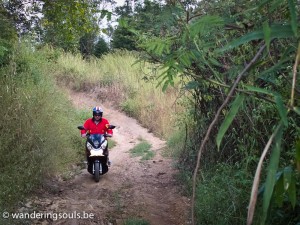 We saw a guy with a scooter and some kind of side cart who drove onto a ditch (and yes they are deep), so we stopped and Seb helped the guy pull his scooter back onto the road (and of course I took the easy job and just took some pictures!) Hey I have a bad back ;o) 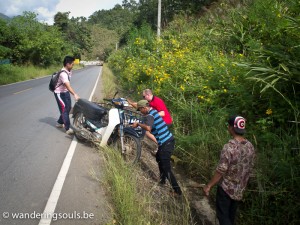 The last few hours of the trip was not so nice because we had rain the whole way. When I say rain, it is not the pisswater we have in Belgium, it is what Noah saw before the flood (well I guess because I’m not religious so!). They open the gates and it pours and pours water. They only plus is that it still is around 22° C so it is not super cold, although after a few hours it starts to get to you. So much that I even had to use my blanket because I was cold!

Today we left Ben’s place in Chiang Mai again to start our second loop direction the Golden Triangle! This is the border area between Thailand, Myanmar and Laos.

One of the guys at Ben’s recommended that we go to a Buddhist temple near Chiang Rai and we are both very glad we did. We still can not imagine it to be a Buddhist temple. If you say Buddhist, you think peaceful, brotherly love, Buddha,… What you don’t think is predator vs alien, guys throwing up, zombies reaching for the sky, an ice castle, …. the pictures just don’t do it justice, although…..!!!! 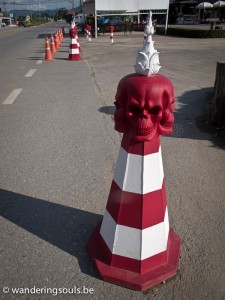 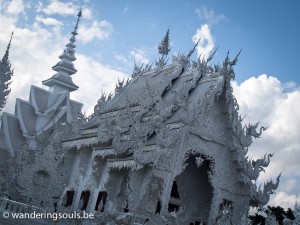 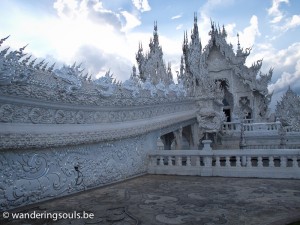 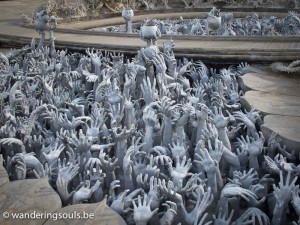 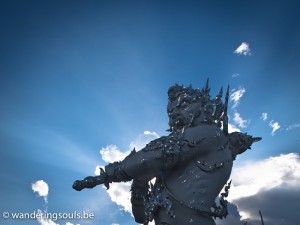 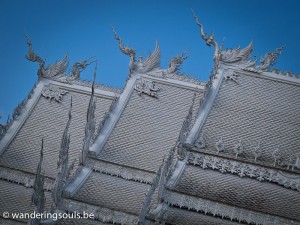 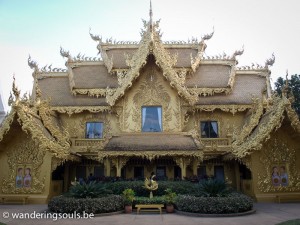 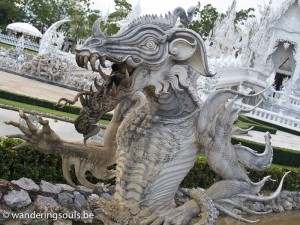 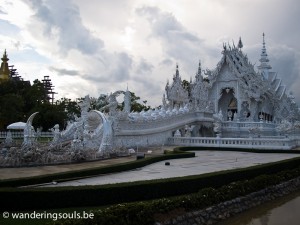 It’s a work in progress by the way (kind of like the Sagrada Famiglia but way cooler) because the guy plans it to be finished in 2070!

(note from Seb: this is by far the coolest building/place in the world!)

We are staying in a reggae guesthouse here in Chiang Rai which has a shower with a view! You can see the whole city from the shower because it is half outside! 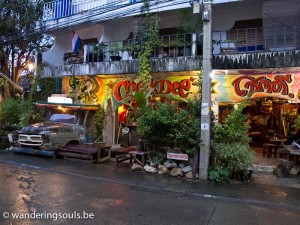 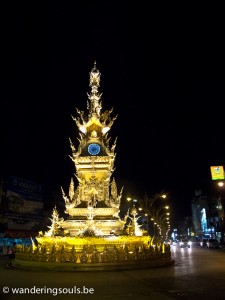