Jetlag, oh jetlag, why do you love us so much this time…?

We both haven’t had jetlag problems before and now we both have it real bad!! In the evening and at night we can’t sleep and in the morning we can’t get up….

Oh well, we set off to a hot start this morning and we headed towards some waterfalls. When we got there the guy said that we had to pay 200 bath pp to get in, we looked at each other and said ‘no way’! We were just turning our bike around when the guy said: ‘ok, 100 bath pp!’. This was the childrens rate, but by now it was just because we knew we couldn’t do the road we wanted through the park that we said no and turned back! 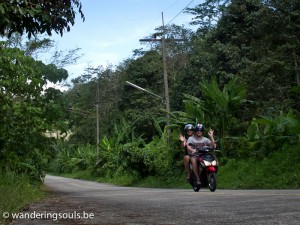 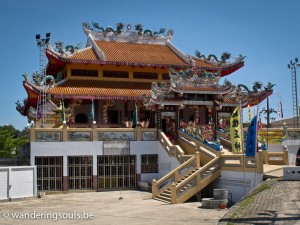 We headed up to a viewpoint of the island (well at least according to the map), but when we got to the road, it looked like a real crappy one. We had worse, so lets go up, and up and up… Near the end we were behind a truck and at the top, it stopped in front of some gates and a sign that said ‘restricted area’…. The guys got out of the truck and kindly warned us that we had to go down again. 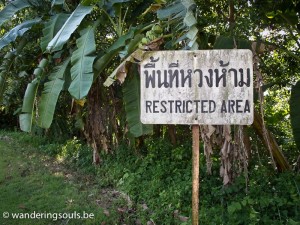 Seb wouldn’t be Seb, but a bit further down he took a gravel road to a real nice viewpoint. In the meanwhile we did some offroad riding with the little bike! 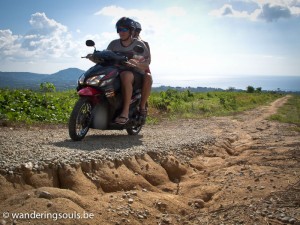 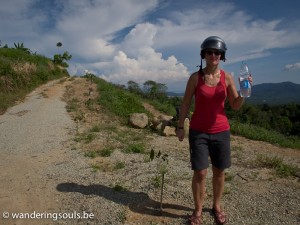 Further down, we saw some real nice houses, with swimming pool, that were just standing there, empty, so we decided to go and have a look. They were really nice and we started dreaming of having a guest house there, with one of the most stunning views we ever saw! Every dream has an ending, so we drove all the way next to the coastline and in the evening Seb treated me to a very nice sunset dinner next to the beach! 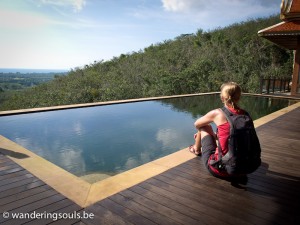 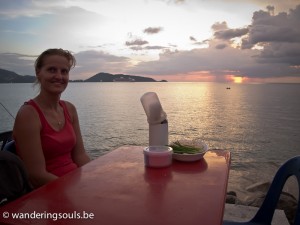 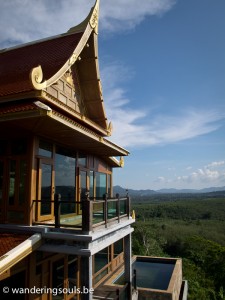 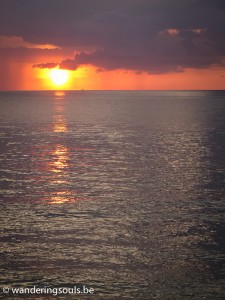