The beginning of the search for the pot of gold

Forgive me my internet followers since it has been almost 2 years since my last confession…. For most of you it must feel as though we vanished off the face of the earth! Let me try to give you some insight in our latest adventure, but for this I have to go back in time almost 2 years….

Tenerife, our little paradise on earth, was amazing for the first few weeks and we enjoyed being in the sun and having a lot of free time on our hands. Moving to an unknown island, without a job and without speaking the language will sound crazy to most people, but to us it just felt as a new unknown adventure. However, this blissful time did not last long, because soon enough we were both getting worried that maybe we were going too long without earning any money. The hunt for a job did not go very smoothly and this wasn’t only due to the fact that we still only spoke very little Spanish, but also to the fact that this was the first time for me that I actually had to go out to find a job…

On Tenerife there is a lot of unemployment (I think we are around 40%) and the normal work week is 40 hours in stead of the 38 I used to have in Belgium. Before we came here, I knew that the wages would be a lot less than in Belgium but reality still smacked me in the face the first time I was actually confronted by them! The owner of the company where I went to look for my first job was saying that the job would be part time working as a bus guide and the wage would be 800€ per month. However, when I calculated the hours I would be doing, it came down to 39 hours and when I confronted him with this and with the low wage, he told me that since I would finish every day around 2 o’clock in the afternoon, I would still be able to find a second job! The nerve of this guy was just unbelievable! Actually this wasn’t the shocking part, it was the fact that they actually found people who were willing to do this. I didn’t tell the guy to stick his job where the sun didn’t shine, but I was thinking it! So I kindly declined his generous offer and kept on looking for a more decent job.

Seb wanted to become an independent worker here on the island, but because his fear of growing poor was bigger than his will to be a free man, he took a job as videographer on a catamaran. He was supposed to shoot a “happy-fun-sun-dolphins” video and try to sell it afterwards to the tourists on the boat! Well, he loves being on a boat and he loves making movies so this looked like the ideal job for him…but it turned out that it wasn’t! The pay was even worse than the bus guide but he could make it up by selling a lot of videos. Seb found out very quickly that you could be the worlds greatest seller, if nobody wants to buy your product then you are still screwed.

Meanwhile I had more luck  finding a job with the local submarine. It turned out that the wage was a bit more decent and the coworkers were very nice. I was hired as a commercial staff member even though I had no clue whatsoever what this entailed. The most important thing seemed to be that I had to speak a lot of different languages and this was no problem for me (as long as we kept it basic in most of them though…). 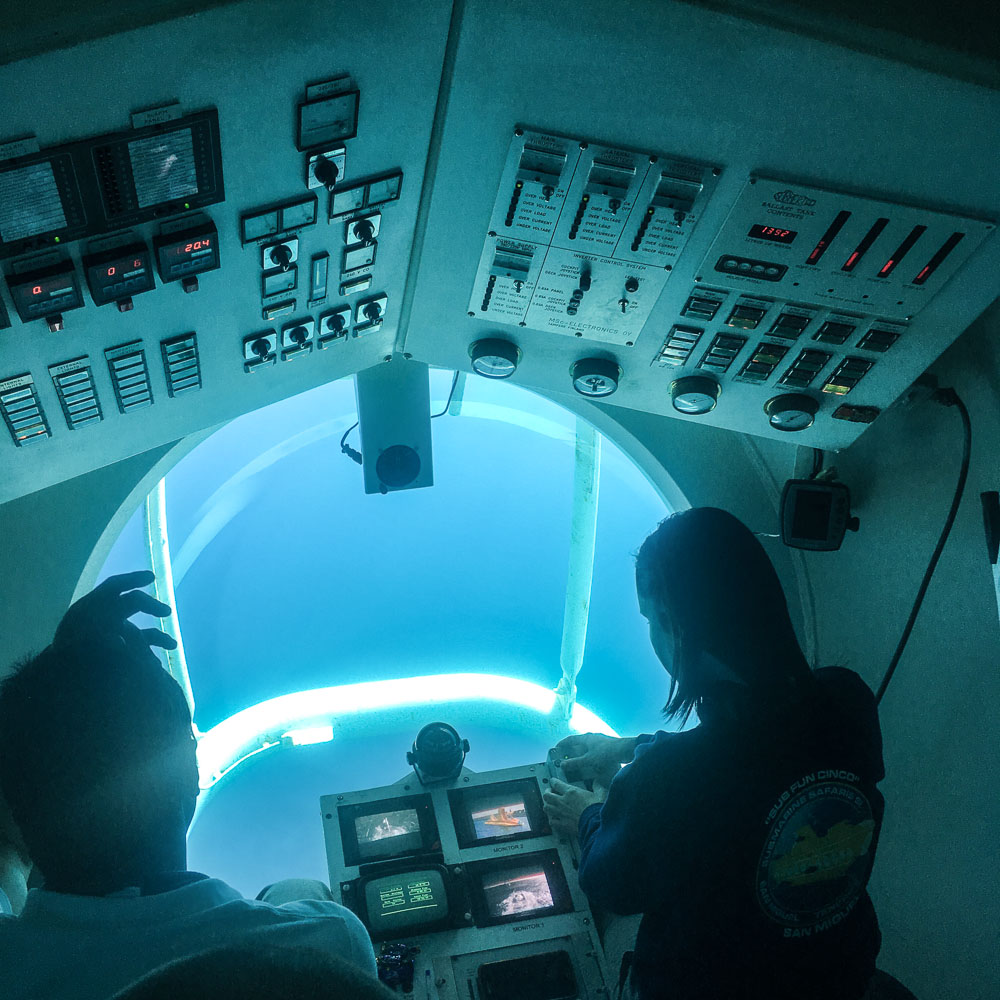 Only a few days after I started working for the submarine, one of the bus guides died suddenly and they were desperately looking for a replacement, also partly because it was high season. Since Seb had just quit his job on the boat and wasn’t really sure what he wanted to do next, he offered to take the position as bus guide. All the people who have had the pleasure of meeting Seb, and definitely all the people who have worked with him, know that when he does something he always does it with passion! Well this time was no different. After only 3 days he managed to get more tips from the customers that the bus drivers had ever seen in years, he managed to organise a Tenerife quiz on the bus and he managed to get himself mentioned on Tripadvisor as a ‘must see’ when you go on the submarine! On the other hand, he also managed to tell a family that he wasn’t their nanny and that he refused to look for the mother in the ladies room, he let one guest run after the bus so that he would apologize for being rude to him and he told another guest that he might think that clients are Kings, but that he was Emperor so he should just shut up! After a while he decided that this was probably not the job for him either so he left the company. However, to this day one of the bus drivers still asks me if Seb doesn’t want to come back again…

My life was starting to settle down and I was enjoying learning a new job, getting to know new people and learning a bit more Spanish every day. On my days off, we still went for long walks around our town and in the nature reserve and we enjoyed living our life in paradise. 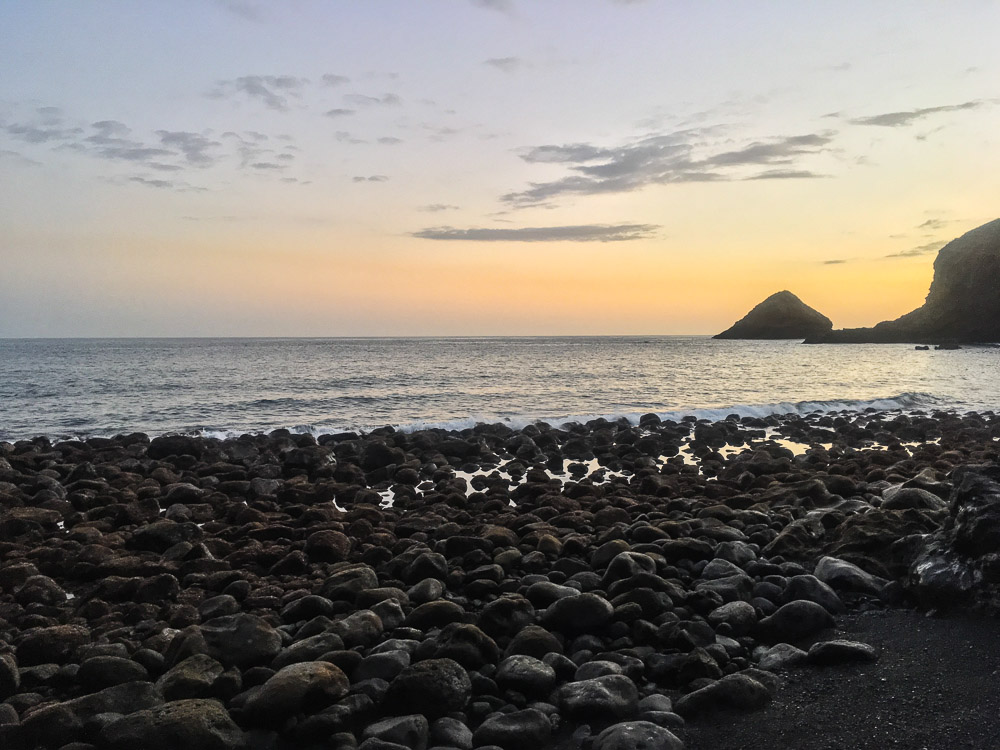 Both our fears of not earning money disappeared because we could live on what I was making, so Seb could keep on searching for his dream job.