The tragedy of Turkish tourism…

We’ve been now more than two week in Turkey and instead of going straight east along the Black Sea coast, as was our first idea, we decided to take a little bit more time to visit some of the great sights Turkey has to offer. This was also due to the fact that we applied for our Iranian Visas in Bulgaria and still didn’t have an answer if we would get them or not, so there was no rush. I guess I just spoiled the surprise of where we want to go next… 😉

But first things first, getting hold of a Turkish sim card to put in my phone, so we can have internet. What would one do these days without internet?! After 3 cities and a couple of hours we got an unlocked Vodafone sim card and we’re good to go! Great, as at least now I can do some research everytime we get somewhere or wonder what X or Y is. Or so I thought… Apparently there are some websites and servers that are blocked. Annoyingly, Wikipedia is blocked and impossible to reach. Well, we can’t have it all, do we? Whatsapp and Instagram are working, so is my email, so good enough. Our second night in Turkey was here:

We took the brand new bridge north of Istanbul to cross the Bosphorus, that only opened a couple of months ago, end of December 2016 and later turned southwards through the mountains to Eskisehir. Then we really got the see the Turkish backcountry roads… there was no more tarmac, and this is where I am happy that I choose this old and very, very sturdy Mercedes, as she holds together in places that a VW or Fiat would just fall apart. Finally some “roads” where I can have some fun trying to get us in one piece through…

We went to visit the place where supposedly King Midas lived, and had a nice walk around. There were these caves where people used to live that are rather well preserved. 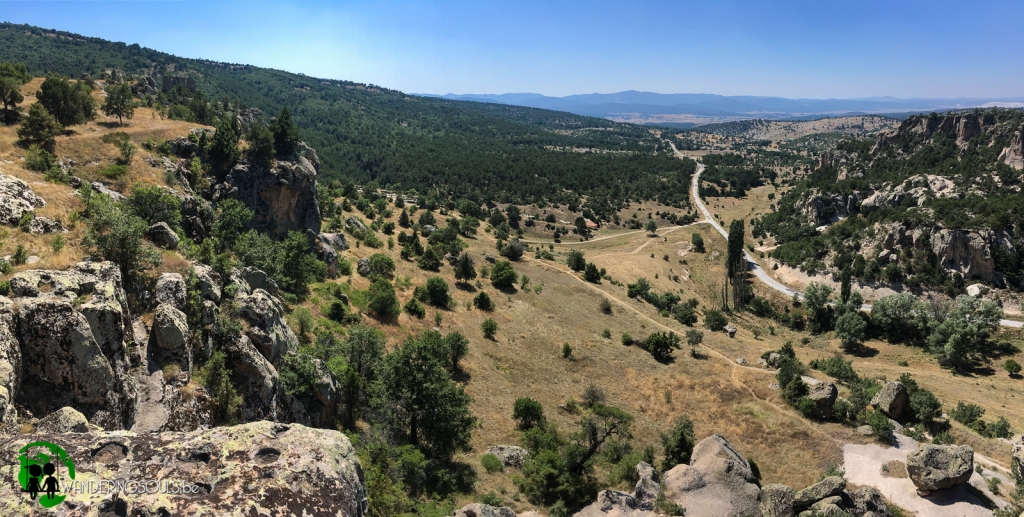 After getting lost some more on the backcountry tracks, we decided to get back on the normal roads to continue south towards Lake Egirdir and Lake Beysehir. We were certainly not disappointed of the views, that is for sure!

One of the other places we visited is Sultanhani, the biggest and best preserved Karavanseray of Turkey. Karavanserays are the old trading and stop-overs for the merchants along the Silk route. We’ve already done mayor parts of the silk route on our trip to Mongolia, but I still have a weakness for everything that has to do with this.

After our visit we went to the local bakery for some fresh bread. There was a Turkish man who spoke really good German, so we started a conversation. He’s the owner of a local tapestry there and we got a lot, and I mean a lot of interesting facts from him. One of the things we wondered, was where are all the tourists? I mean, Turkey is a very, very touristy destination. We haven’t seen a single tourist since we’re here! Where is everybody? As it happens, since 2 years, tourism is almost dead in a big part of the country. Local shops are closed. No one is coming anymore. A lot of small shopkeepers are out of business. Apparently tourists are “afraid” to come to Turkey. I don’t understand this, to be honest, it is a great country to travel through with a campervan. You can stay anywhere and nobody will bother you. In any case, we’re happy we’re here and we have the place to ourselves, but we pity all the local merchants and shopkeepers that aren’t making any money anymore from tourism now. He also gave us some places that we really had to see instead of only going to Cappadocia, where everyone is going. So we’re on our way now… 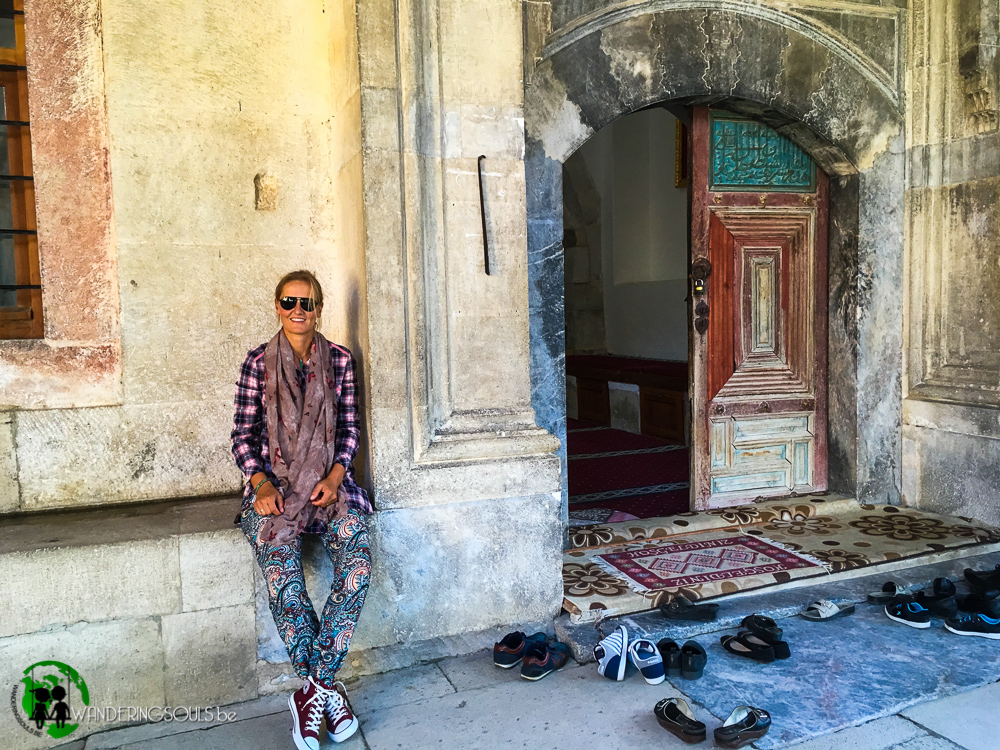