Home/Via (via) Honduras…
Previous Next

Another country, new dangers. Now we know why this is the worlds’ most dangerous country, because they build a road and then all of a sudden, it ends… Haha, no seriously, this was super dangerous especially after the long distance we had done on our bikes and after the long border crossing, but hey, then again, if this is the only dangerous thing we will have here in Honduras, I will take this any day of the year! 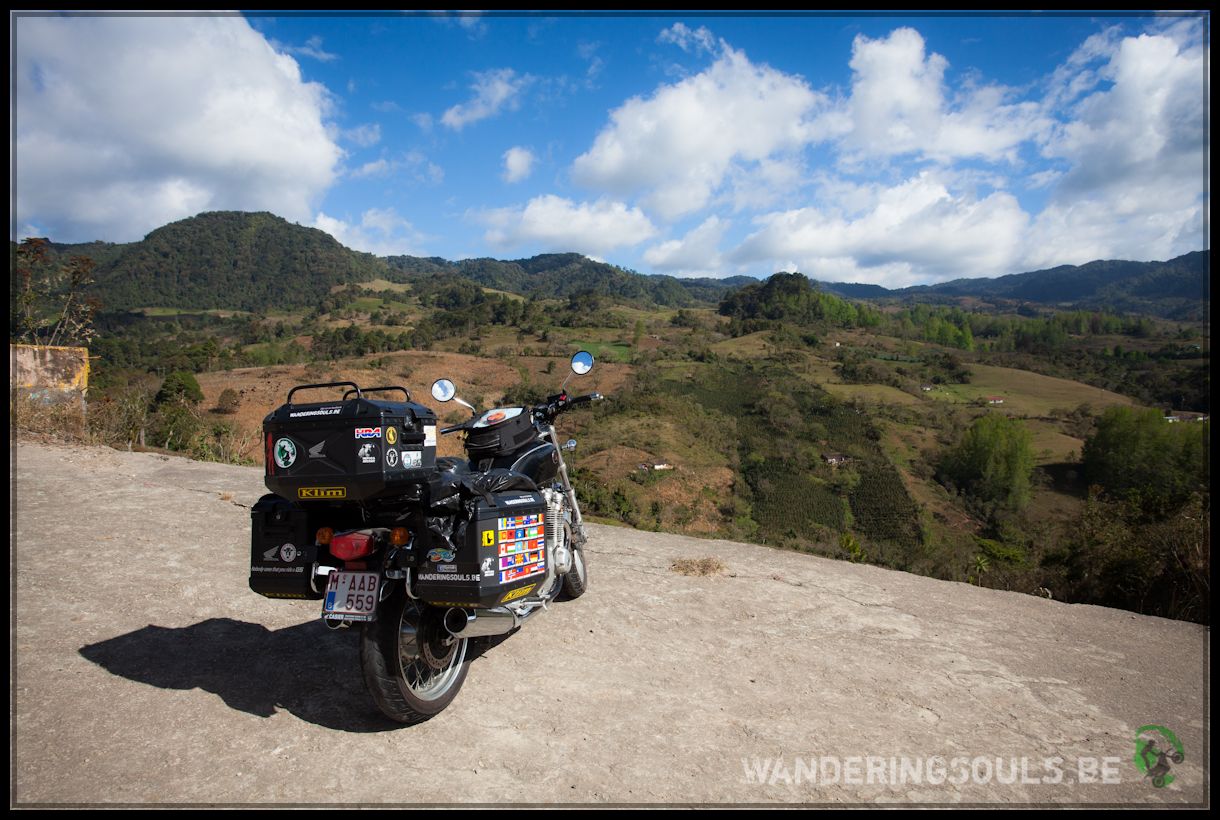 What we have learned about statistics is that you can prove everything and nothing, but we have thought long and hard before coming here and it was mostly thanks to Geert (or as they call him here: – Don – Gerardo) the Belgian owner of the Via Via hotel and restaurant that we decided to really visit Honduras and not just ride through it. But before we safely reached the hotel, we had to dodge potholes and abruptly ending roads. 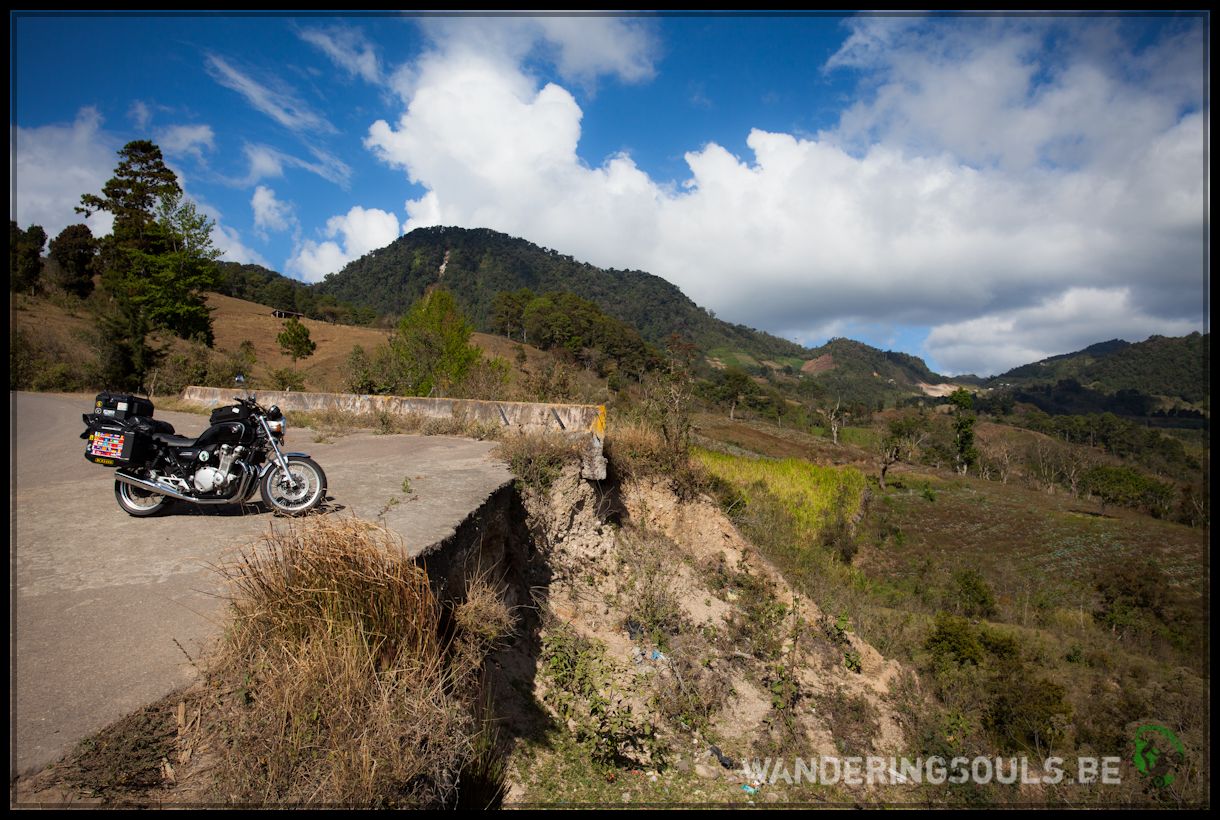 The scenery in the Honduran mountains was amazing and if we had a few seconds where we didn’t have to look at the potholes, we could even enjoy the view! All coffee plantations: 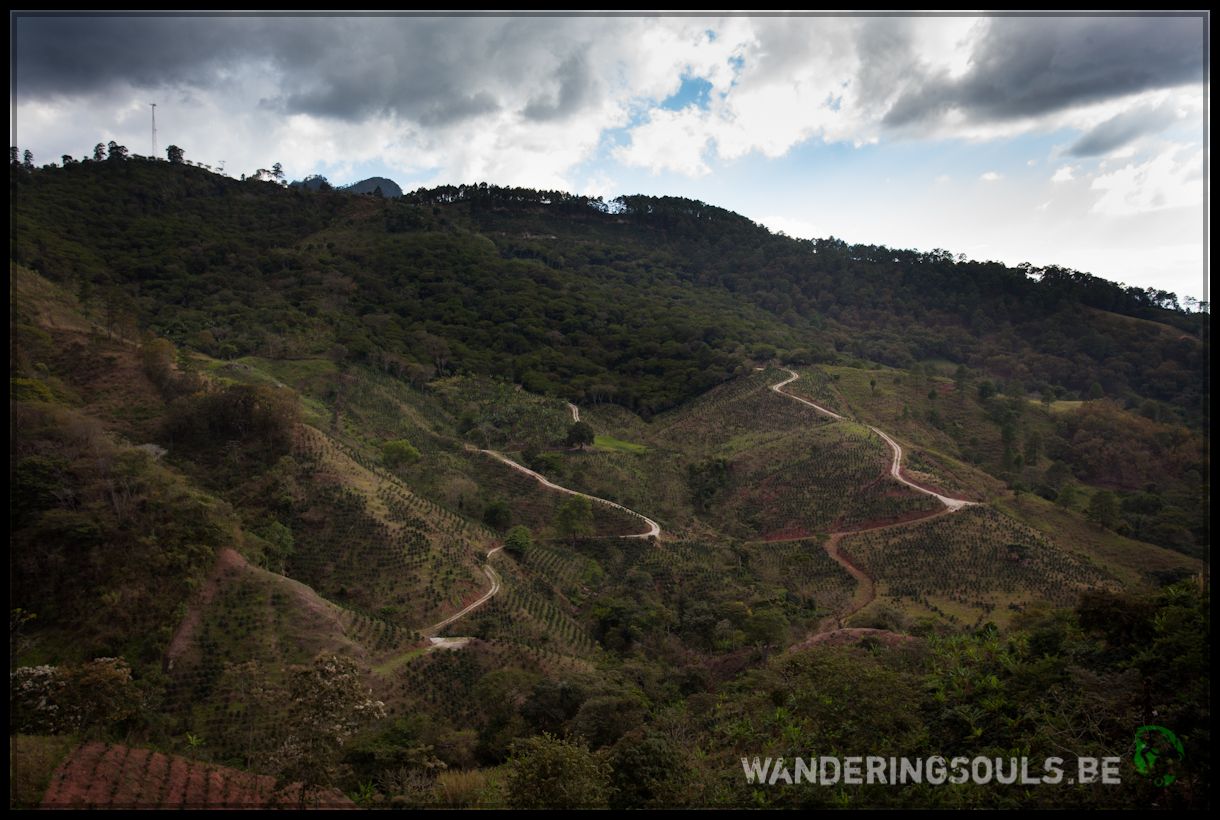 Late in the evening we reached the beautifully cobbled stone streets of Copan Ruinas and we were greeted as long lost friends by Geert at the hotel. The city gave an instant chill vibe and we immediately felt at home. 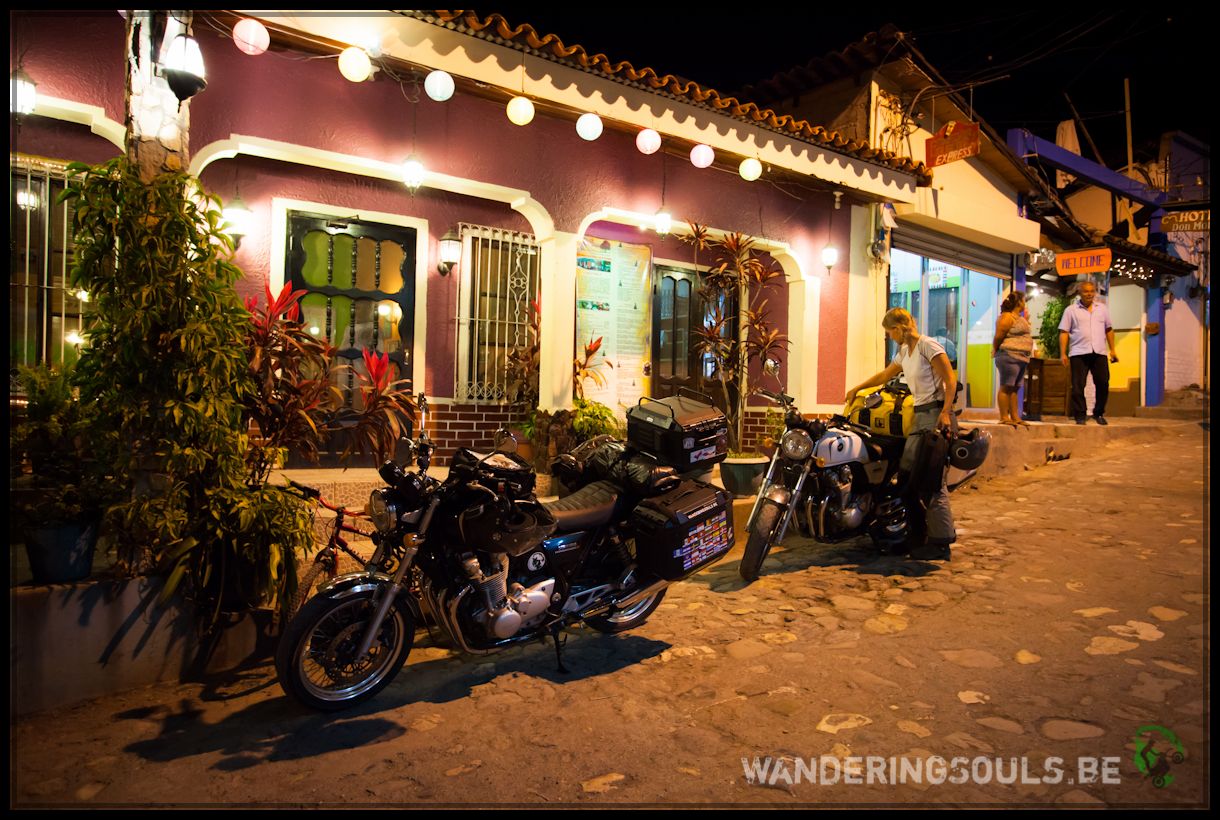 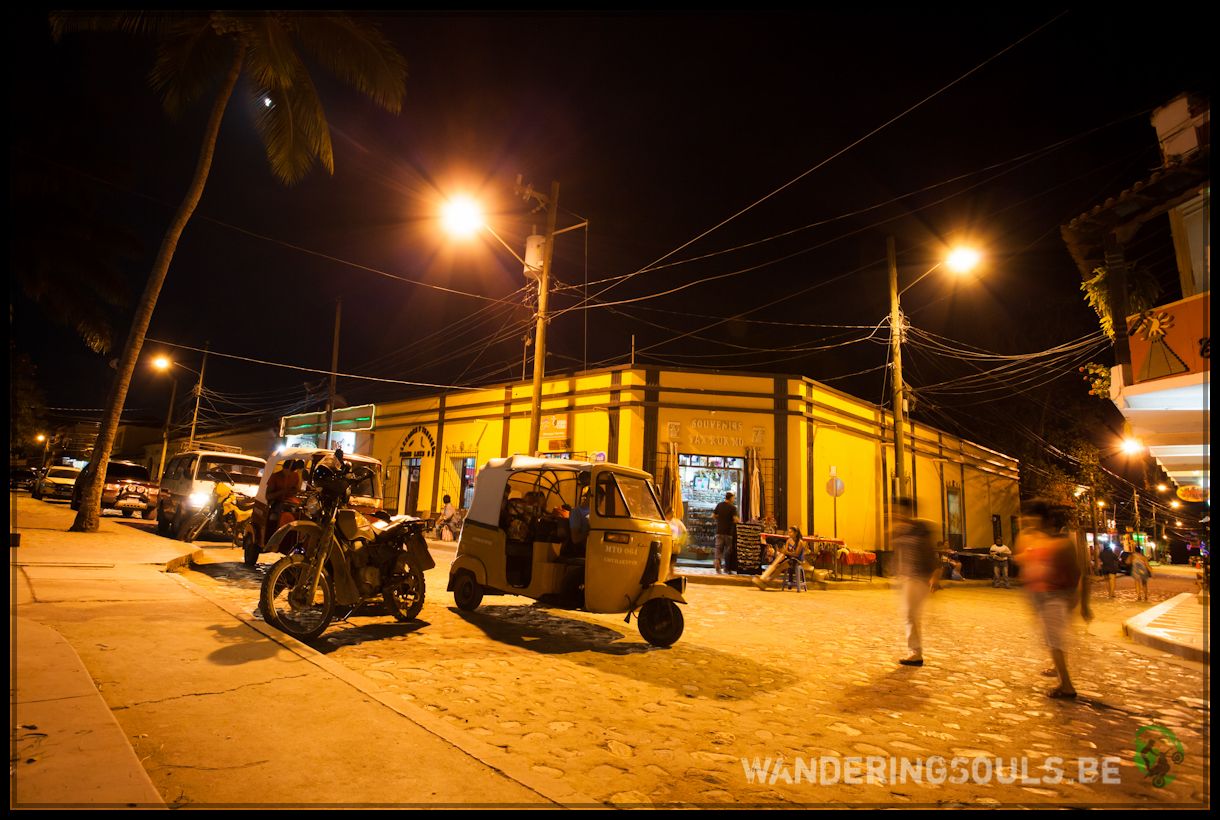 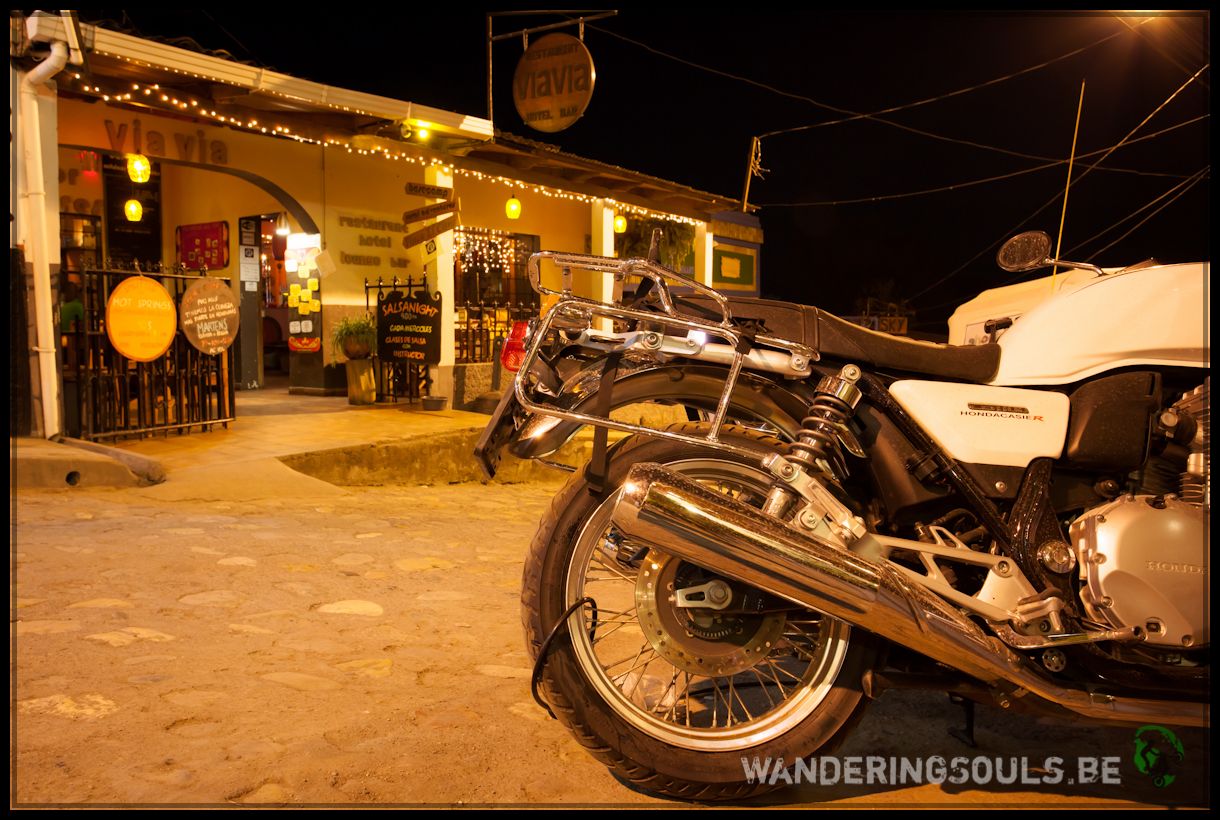 After putting everything in our room, we had some great food and a really nice desert and we ended up talking all night long with Geert about everything and nothing. 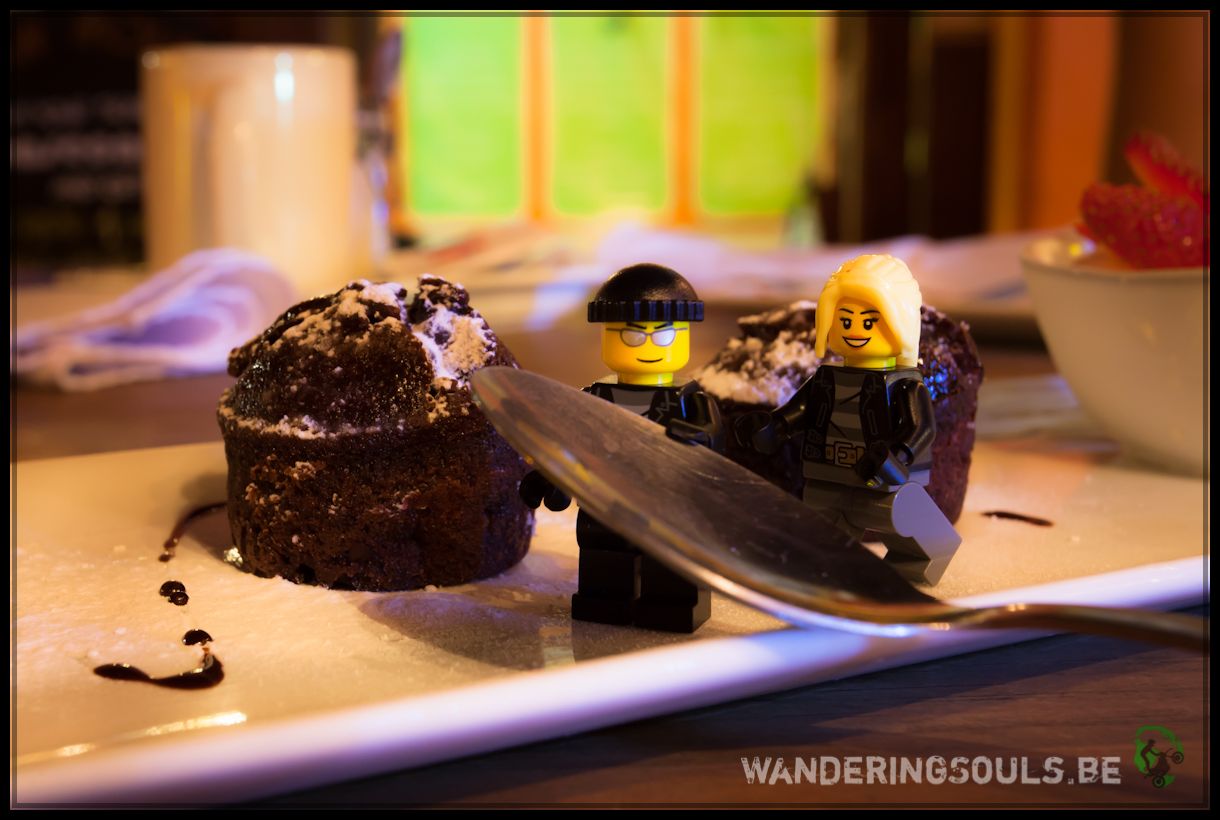 It’s actually the first time since long where we instantly decided to stay a while and just relax, hang around, get to know the area and talk in our native tongue with someone else than each other. 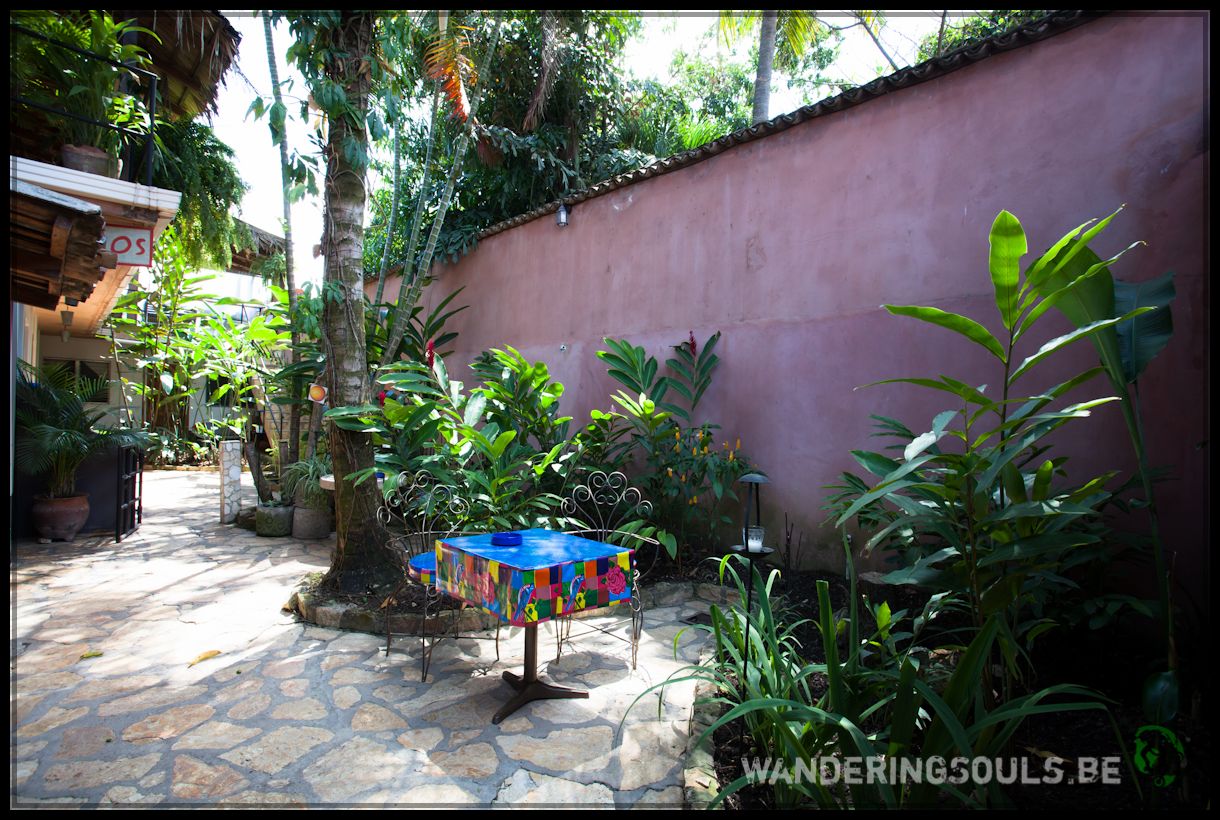 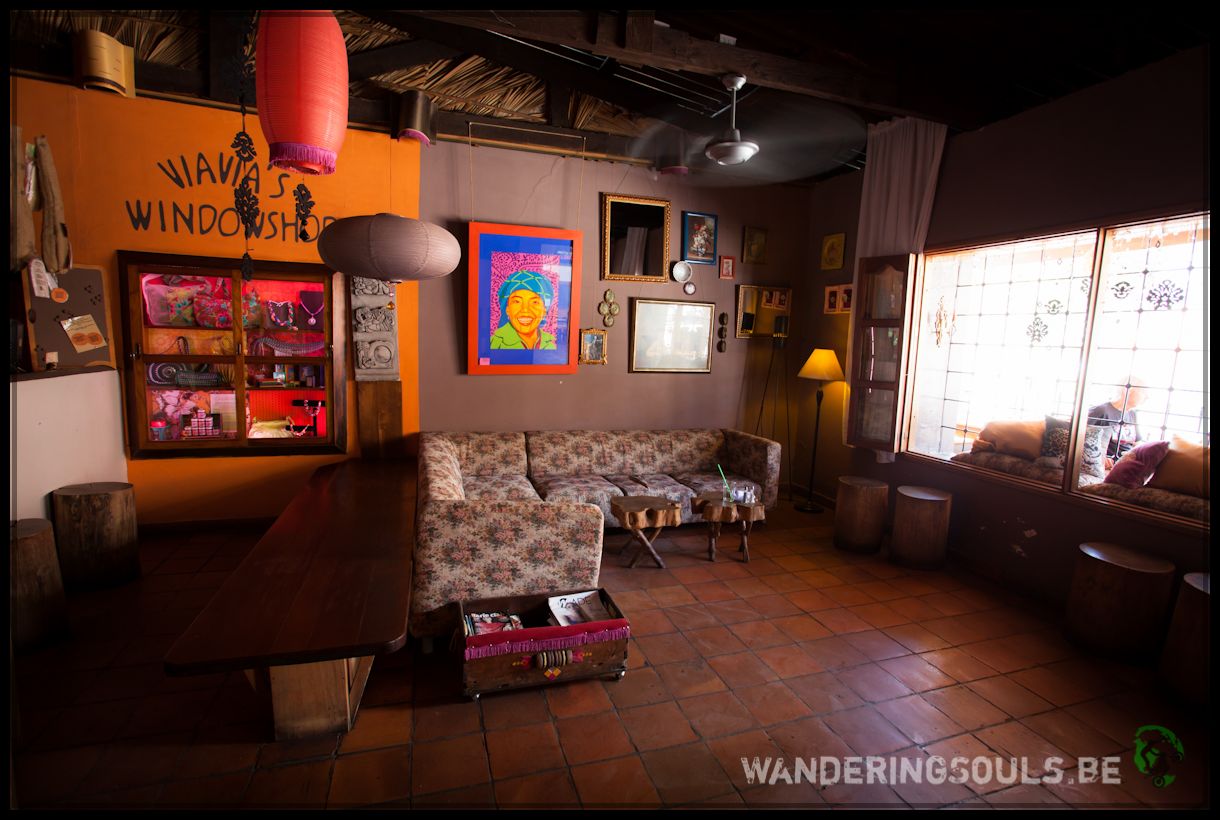 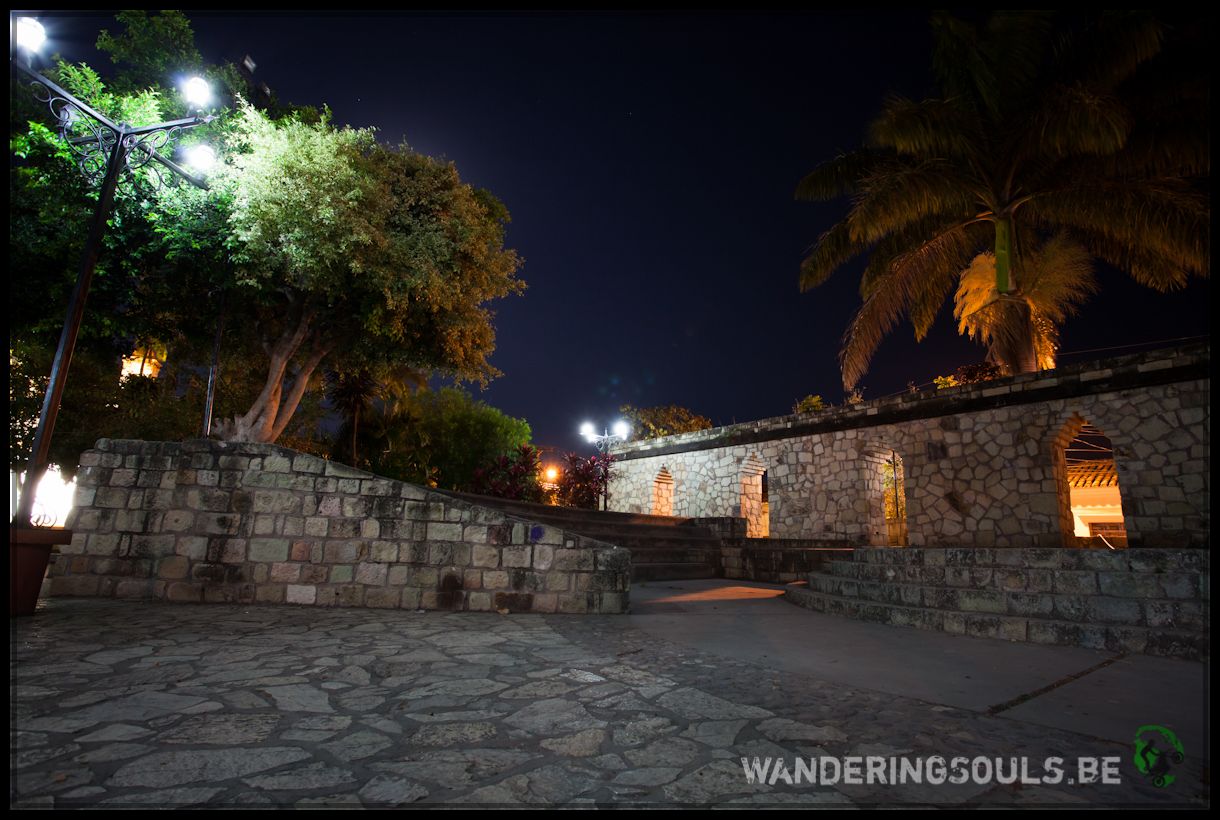 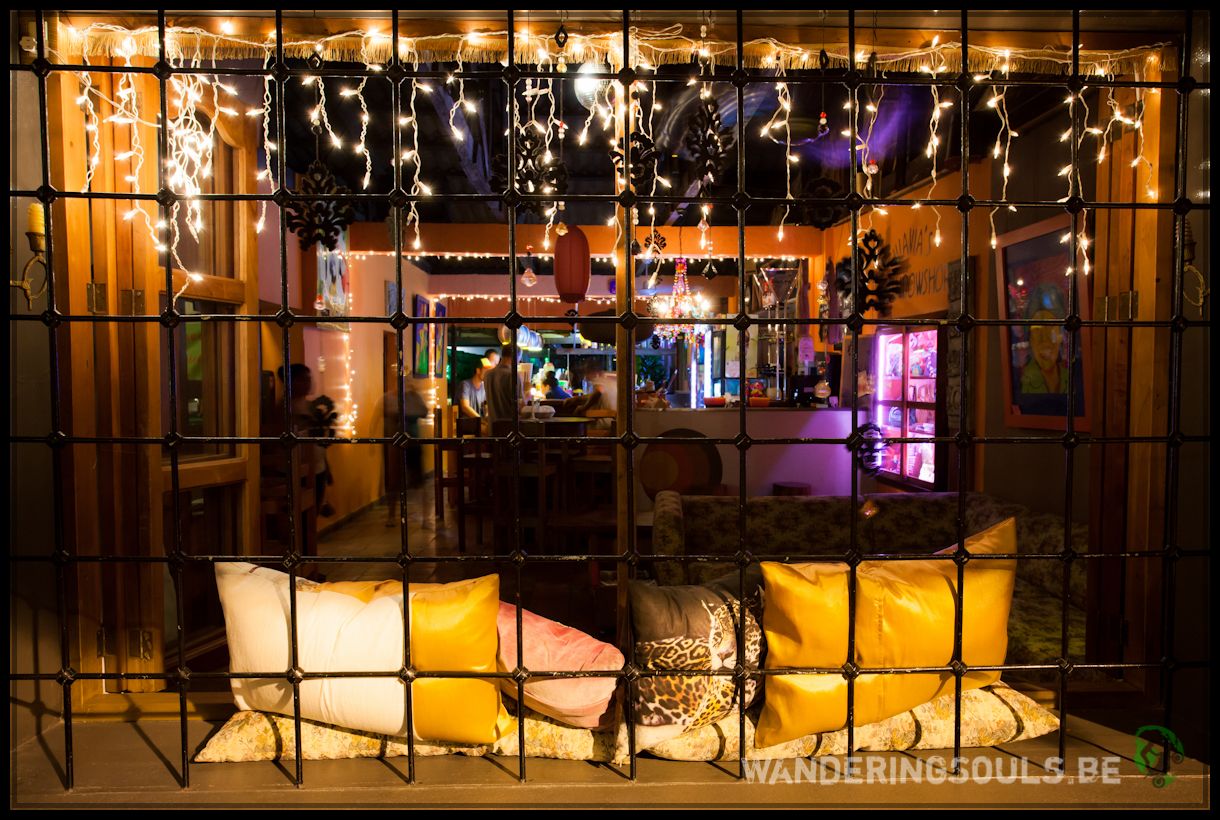 We were already three full days in Copan before we even thought about visiting the ruins, but on the fourth day we felt we had relaxed enough to go for a walk around this impressive old Mayan city. We must admit that the entrance fee is a bit sharp, but we also must admit that in the end it was well worth it’s money and if you take your time to visit the ruins, you can truly appreciate the place. The odd fact is that the ruins are actually spread out so far, that they were only able to fence in a small part of the total ruins because they just don’t have enough funding for the rest. The gas station right next to the ruins is built on top of ancient parts of the city, just to give you an example. 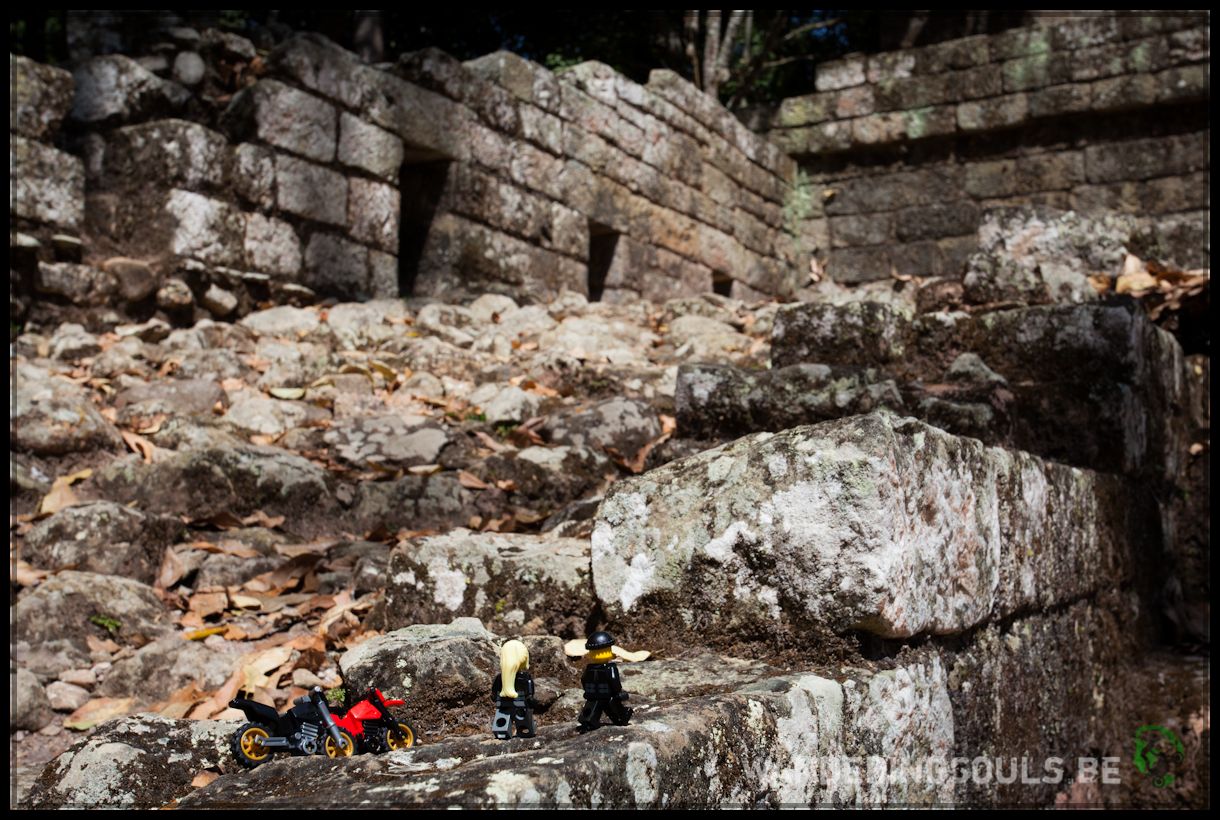 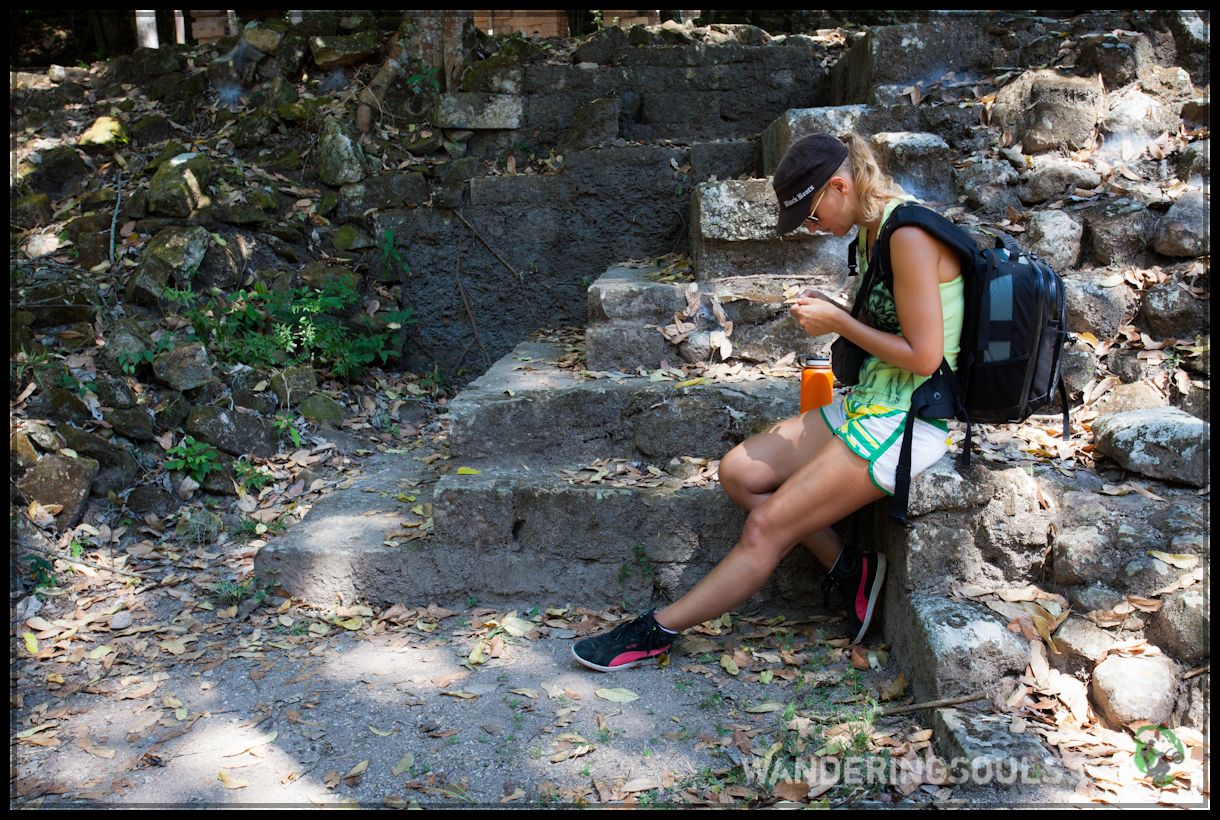 Besides the buildings there is an abundance of wild life in the region and this squirrel was eating all the food of the great Macaws. 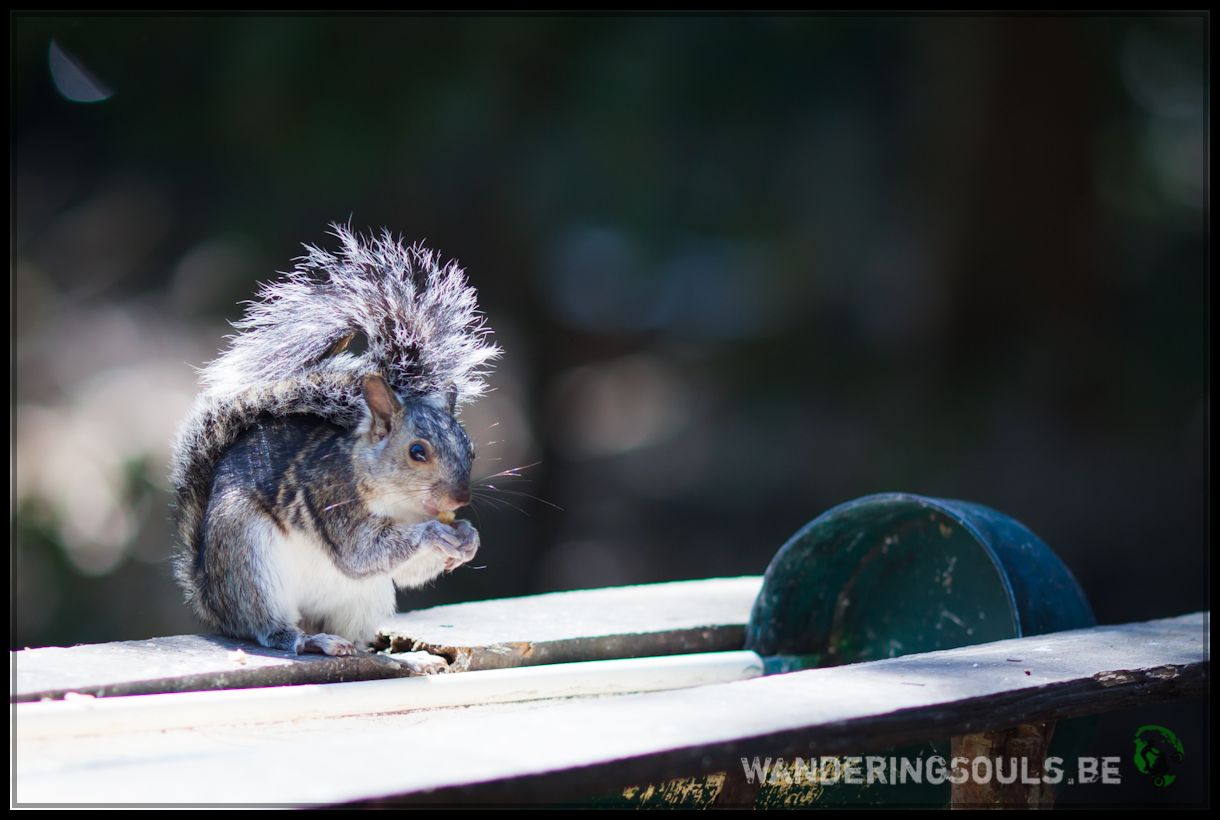 The Scarlet Macaws are all flying around in the wild at the ruins but one day this used to be totally different as they were on the verge of extinction because of habitat destruction and because they were captured to be sold off as pets. The Scarlet Macaw is the national bird of Honduras. 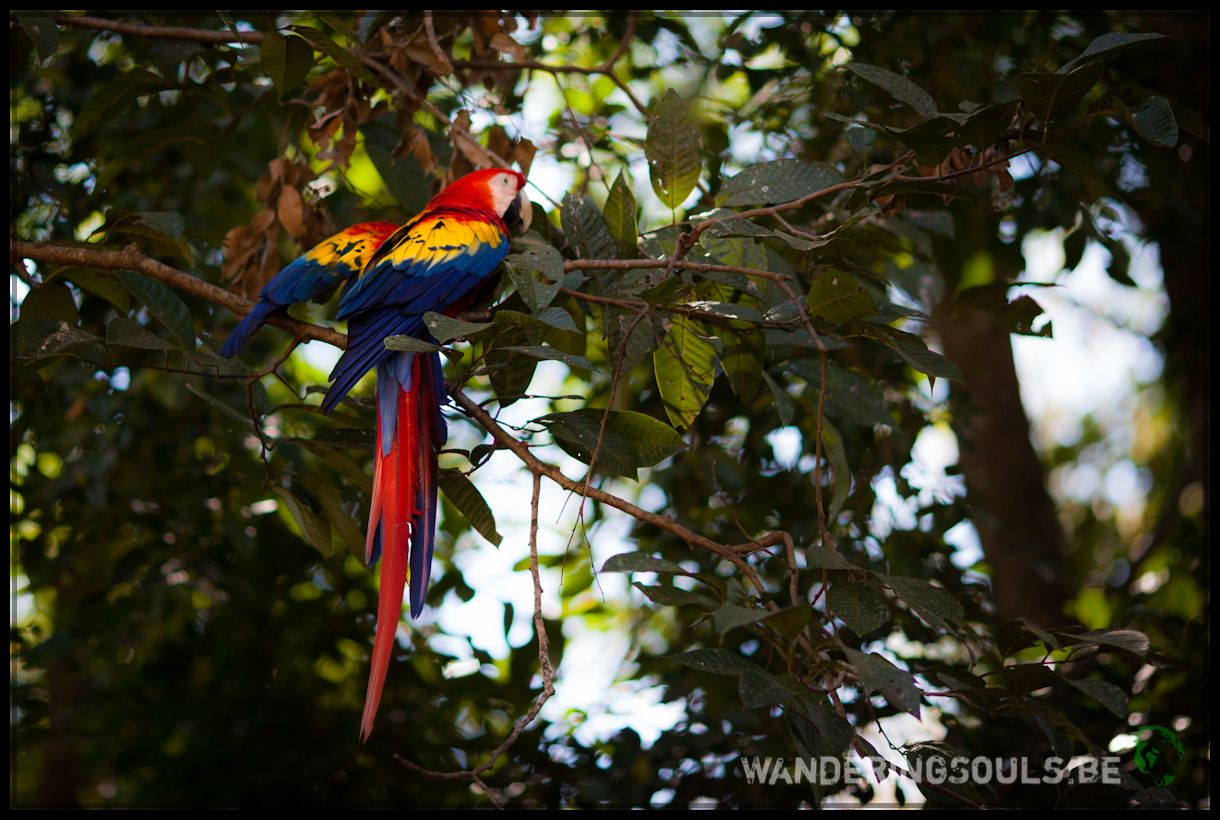 Seeing them fly over your head so closely in total freedom warms our hearts. 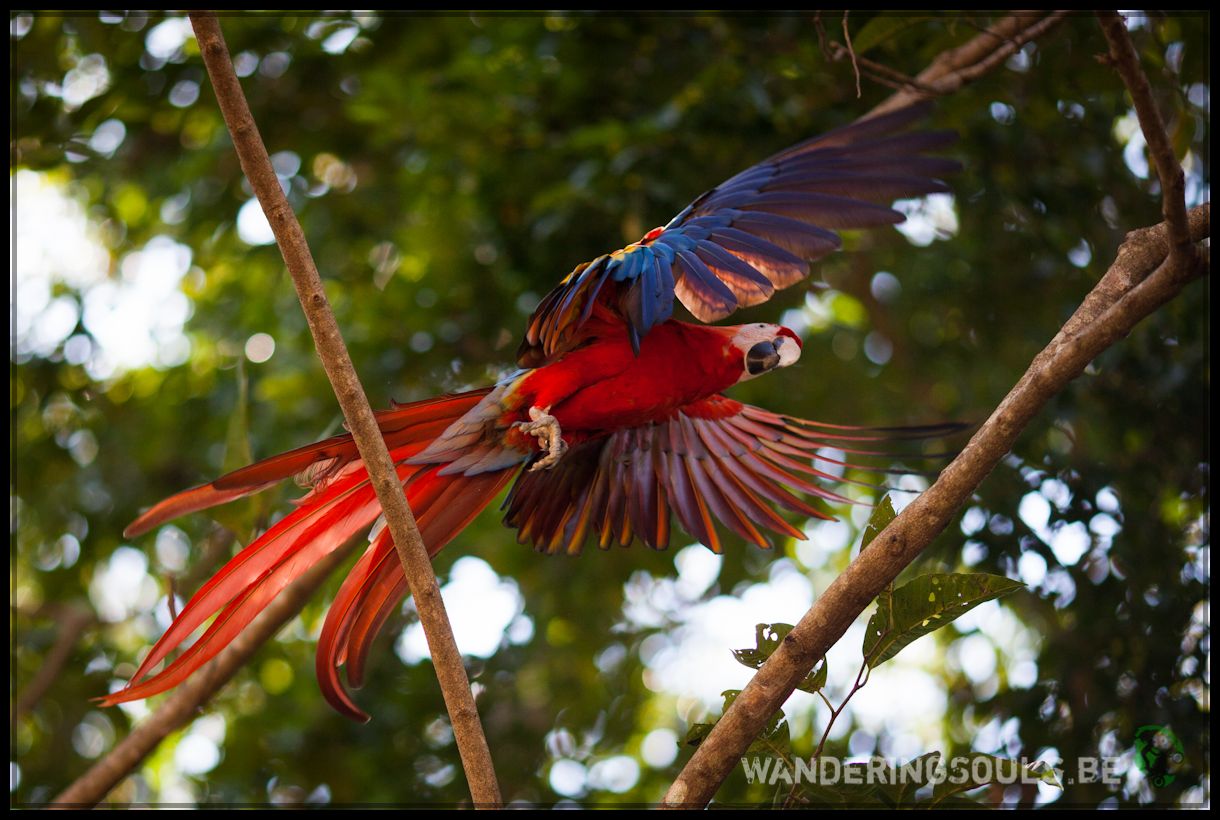 Sebastian is creating a safe passage way for Kim, because he will always be the perfect gentleman! 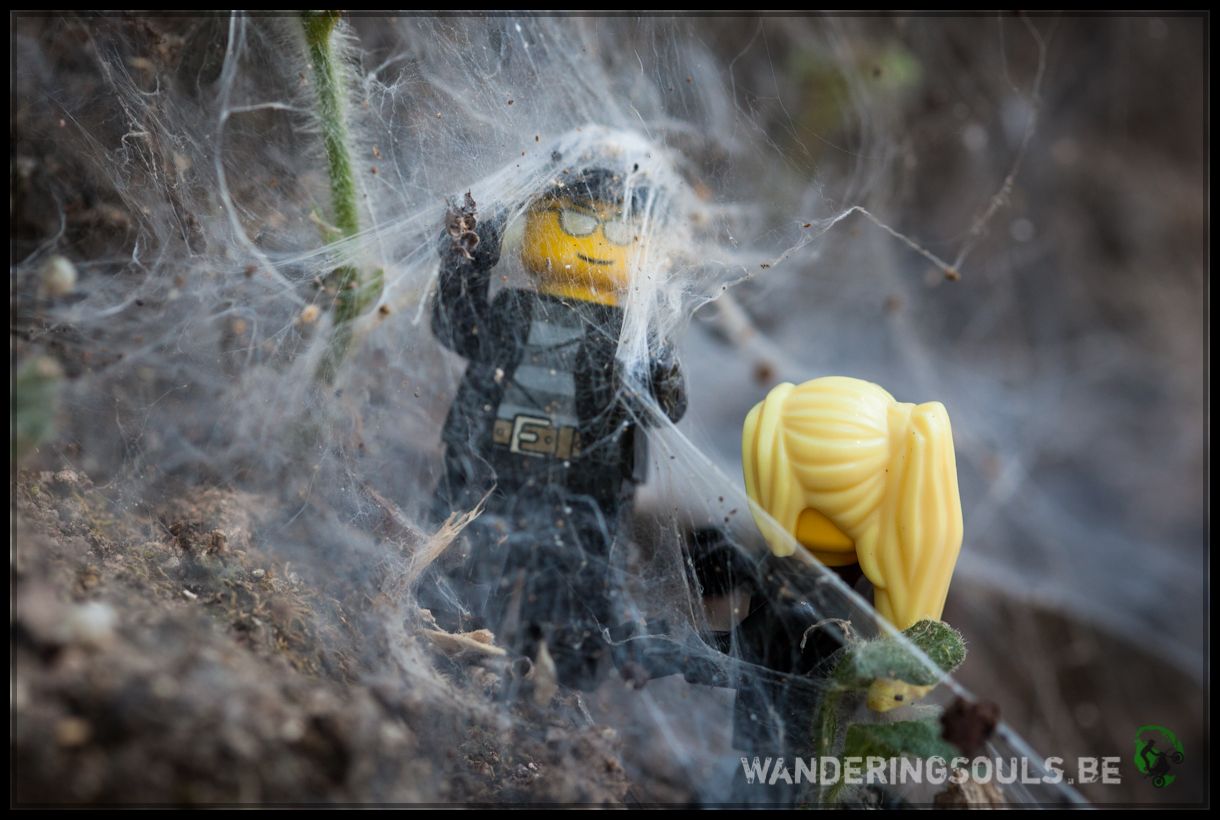 Remember the Olmecs from Mexico? Well this statue looks to have a lot of Olmec influences, big lips, big nose and a bit robust… 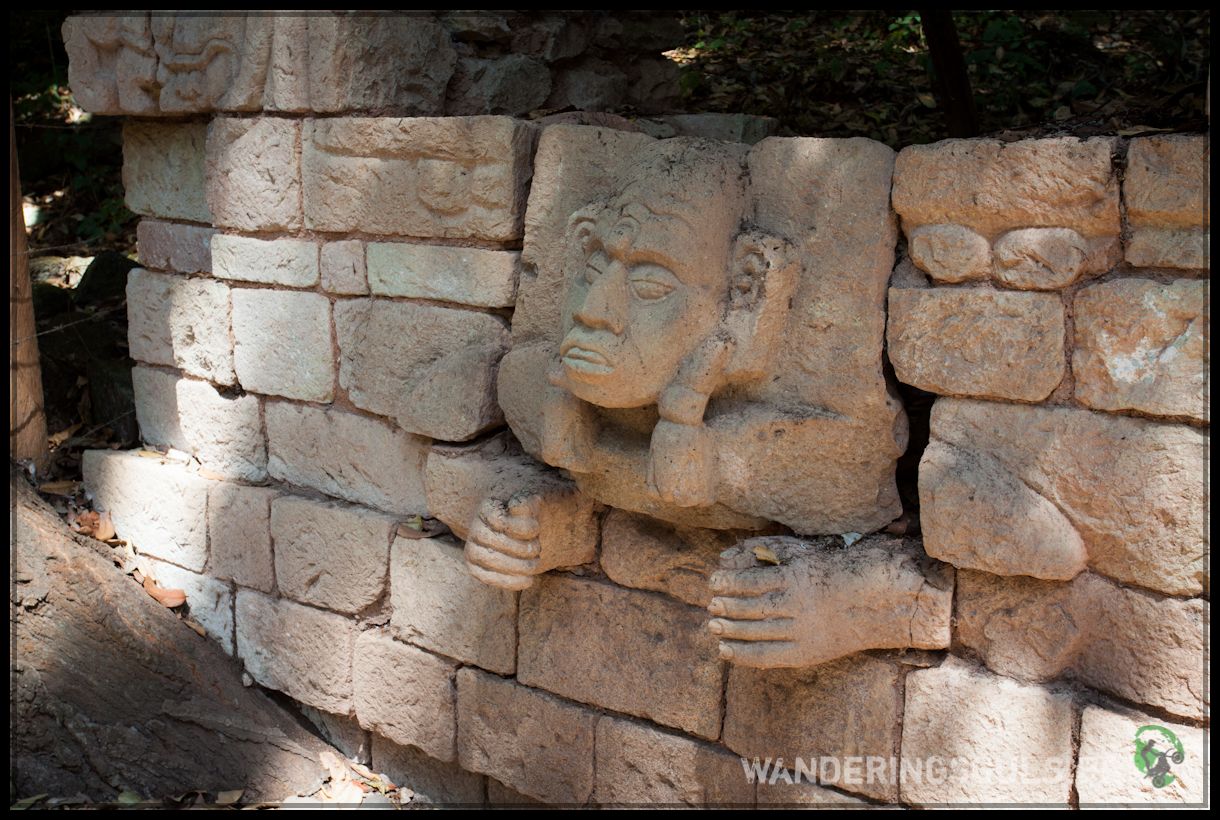 “I think we are being watched…” 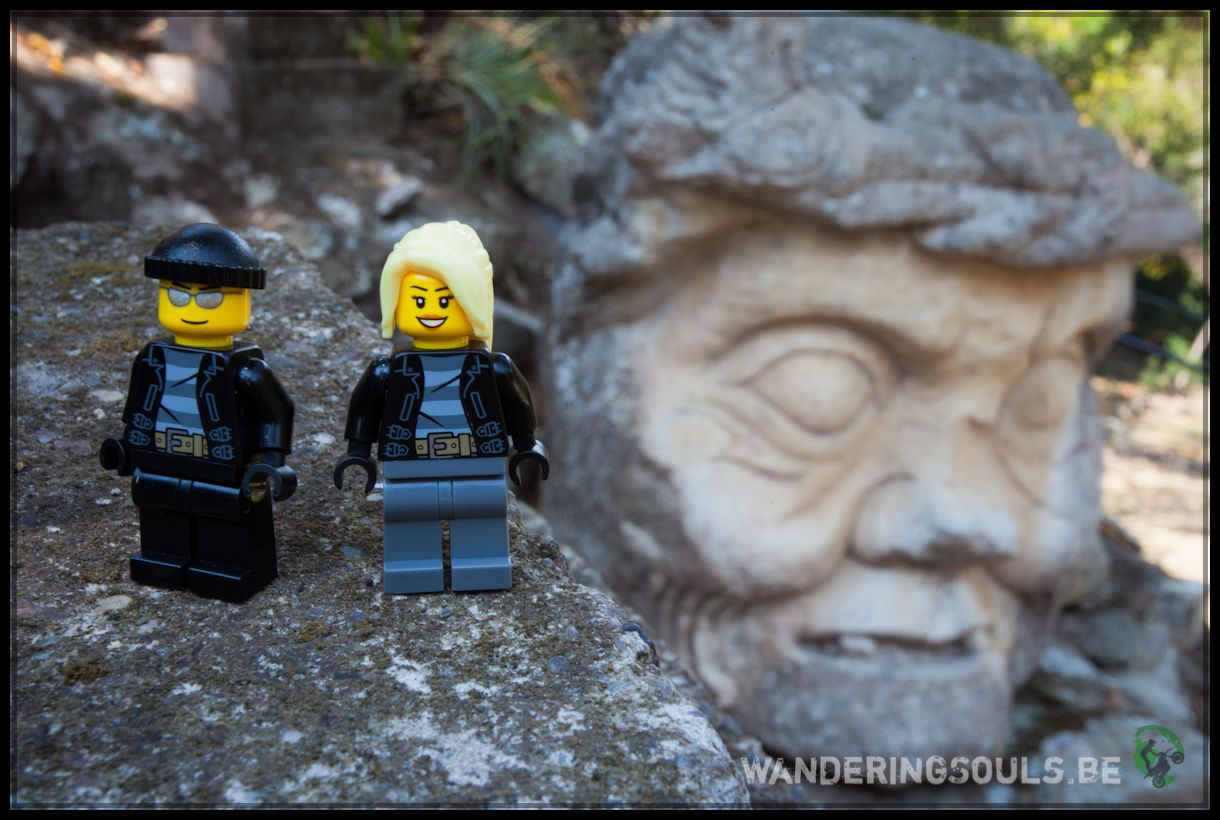 What we have seen at a lot of ruin sites is that Mother Nature is not a lady to be messed with! She just takes back what was once taken from her and I sometimes don’t blame her! Just look at how strong nature can be when you see these trees totally taking over an old temple. 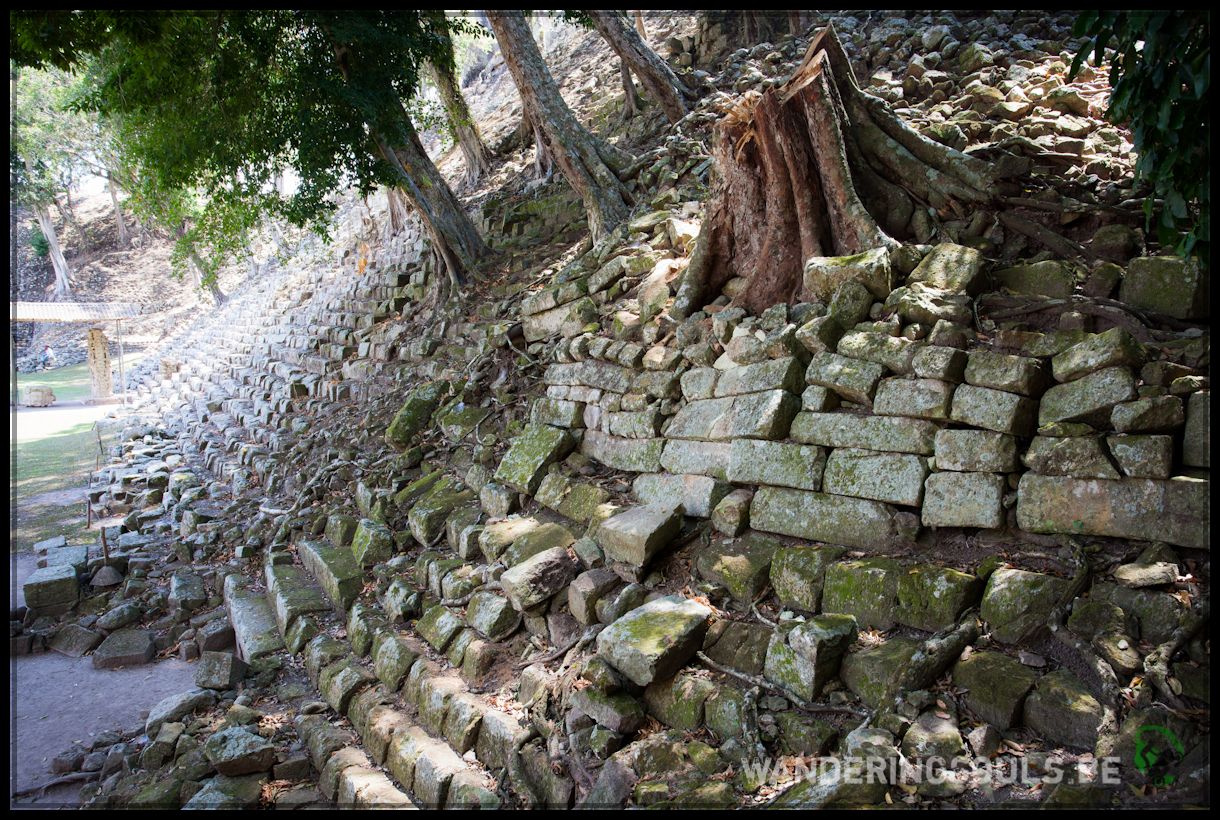 This hieroglyphic staircase is just so well maintained and a wonderful thing to look at. Because of the destructive force of, yet again, Mother Nature, they had to cover the whole staircase because it was being destroyed by the rain and wind of the region. This way the staircase keeps a very clean and light surface and we as tourist can hopefully enjoy this wonder of mankind for centuries to come! 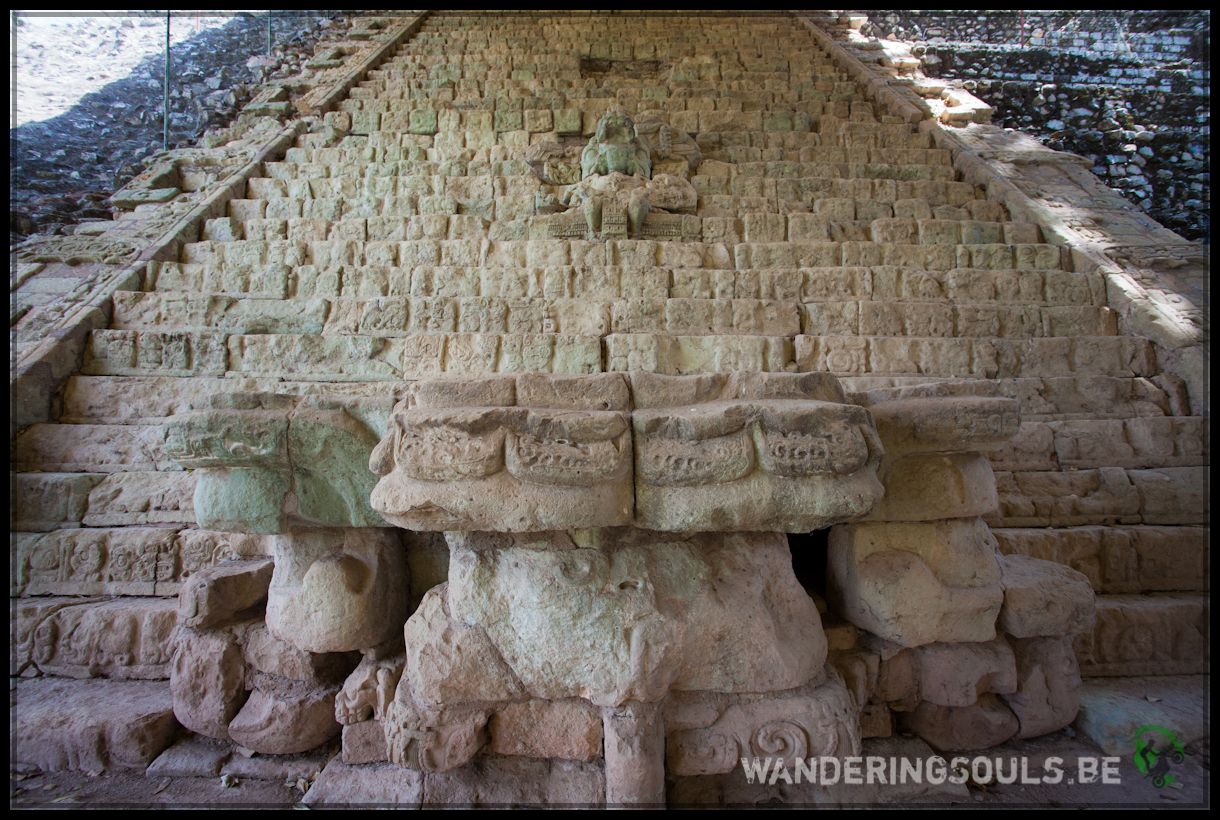 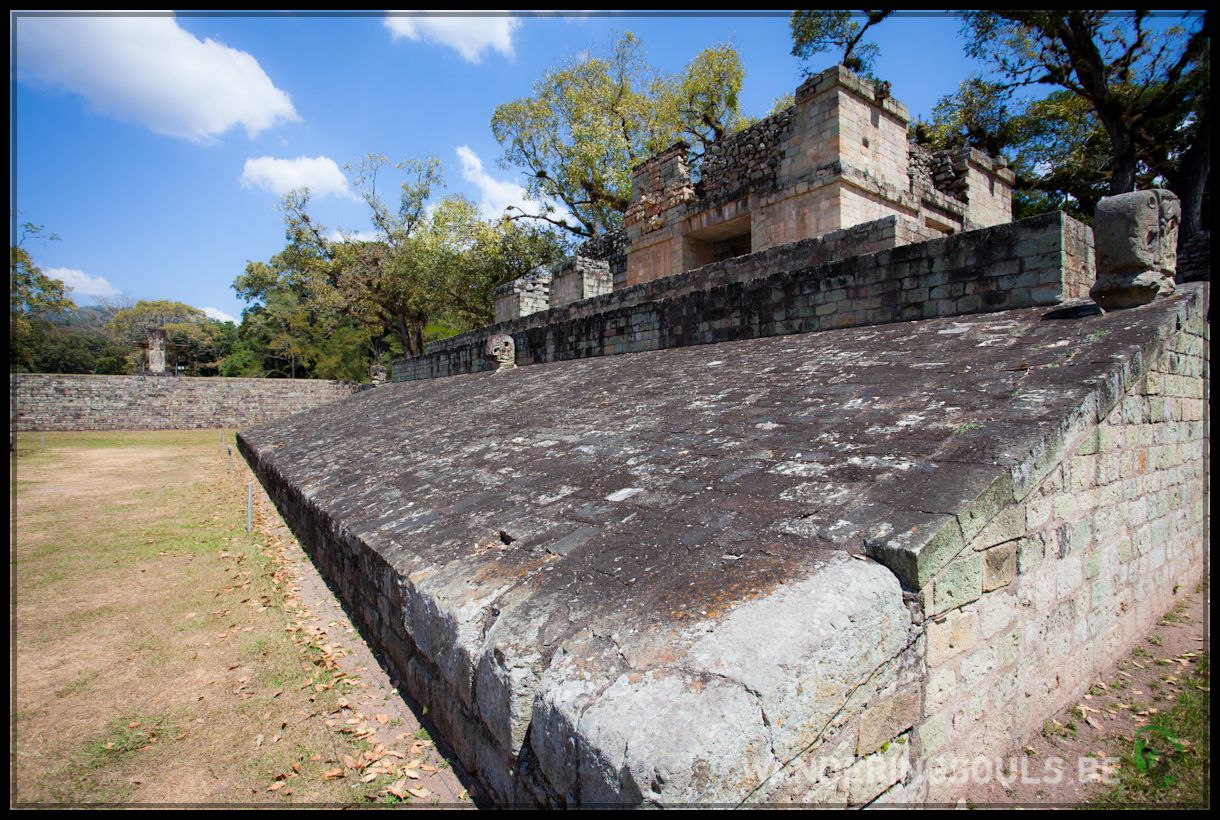